The kings of digital advertising don’t seem worried about the growing number of ad blockers, but maybe they should be.

Last year, U.S. marketers were asked what, if any, impact the growing number of Internet users employing blocking technologies had on ad spend. An overwhelming 88% responded that ad blocking, "had only a slight or no impact on ad spending."

However, by the end of last summer, another report was released estimating the negative impact ad blocking was having on digital advertisers, and it seemingly wasn't good news for Facebook (META 2.53%) or Alphabet (GOOG -0.44%) (GOOGL -0.55%).

Alphabet's and Facebook's lack of concern surrounding ad blocking and its long-term impact on revenue is based on a couple of key factors, which has insulated them to date. But the ad blocking landscape is quickly changing, and it may be time to reassess their blasé attitudes. 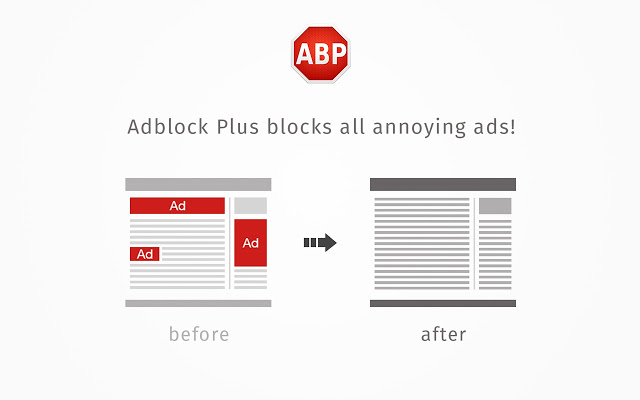 Just the facts
By June 2015, ad blocking had cost digital marketers a whopping $21.8 billion in lost revenue, and that figure is expected to nearly double in 2016, to $41.4 billion. Nearly 200 million global Internet users had downloaded ad blocking apps by mid-2015, 41% more than the year prior. The upward trend continued through the balance of last year, and by virtually every estimate digital advertisers can expect the proliferation of blocking apps to keep rising.

The abundance of users foregoing ads in the U.S. is particularly disturbing given that it's far-and-away the world's largest digital advertising market. In other words, online advertisers in the states will get hit the hardest from the expected jump in global "lost" revenue in 2016 due to ad blocking.

With so much doom and gloom, how is it Alphabet and Facebook are able to brush ad blocking growth to the side? The proliferation of mobile usage, and the sheer volume of Alphabet's and Facebook's respective users, have insulated both. Also, Facebook doesn't apologize for not allowing its ads to be blocked, explaining the spots "help keep Facebook free."

Not to worry
As the leading search engine in the world, Alphabet is simply too big to be overly concerned by 200 million plus global users blocking ads. Alphabet doesn't share specific search data, but has said that estimates of over 1 trillion annually are correct. How much over Alphabet isn't saying, but what's a couple hundred million with usage figures like that?

The flipside of Alphabet's worldwide search dominance is that its Chrome browser is the leading target for ad blocking app downloads. The majority of ad blocking downloads are still on desktops, about 98% as of 2015. But as expected, with a transition to all things mobile in full swing, it wasn't long before app developers remedied that situation.

Apple lit a fire under the mobile ad blocking market when it released its iOS giving users on the go an easy means of blocking content. It's still early, but many pundits agree it's a matter of if, not when, mobile ad blocking becomes a legitimate problem.

Facebook's existing strategy of not allowing ad blocking on its sites hasn't slowed its monthly active user (MAU) growth. With 1.59 billion MAUs as of last quarter, Facebook's "friends" that abhor ads aren't worried -- yet. Though Facebook doesn't allow it, over 19% of the world's ad blockers do so on social networking sites. The "noise" from Facebook users who detest ads will get louder as the technology goes mainstream.

Gamers are the largest group of ad blockers, which will hit the in-app spots prevalent in so many of today's "free" games found on sites like Alphabet's Google Play and Apple's Store.

Both digital ad giants will need to address ad blocking going forward. Neither Alphabet nor Facebook is facing an insurmountable hurdle, they're both too well managed. Unless, that is, one or both wait too long to face what is quickly becoming more than an afterthought.

Suzanne Frey, an executive at Alphabet, is a member of The Motley Fool's board of directors. Tim Brugger has no position in any stocks mentioned. The Motley Fool owns shares of and recommends Alphabet (A shares), Alphabet (C shares), Apple, and Facebook. We Fools may not all hold the same opinions, but we all believe that considering a diverse range of insights makes us better investors. The Motley Fool has a disclosure policy.