Regulators just handed down one of the most important rulings in recent memory for the cable industry. Here's what investors need to know. 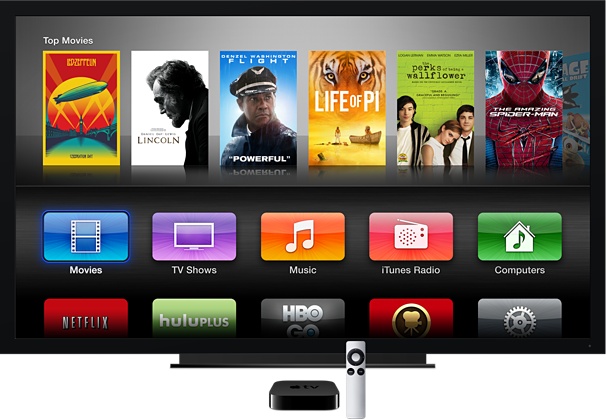 With its clunky hardware and dated software, the U.S. cable industry operates in a realm far from the cutting edge of tech today. That might be about to change.

In certainly the biggest news since its seminal February 2015 Net Neutrality ruling,  the Federal Communications Commission voted last week in favor of a proposal that could usher in a new era of competition and innovation for the sleepy cable industry.

It could also carry sweeping implications for tech companies like Alphabet (GOOG 0.03%) (GOOGL 0.05%) and Apple (AAPL -0.07%) , as well as cable companies like Comcast (CMCSA 0.08%), Time Warner Cable (NYSE: TWC), and many others, though how the shift will ultimately play out may not be as obvious as it would appear at first glance.

Inside the FCC's groundbreaking vote
Last Thursday, the FCC announced that it had formally approved a proposal to open up the traditional set-top box system under which the cable industry has long operated. In reviewing the FCC's press release, their logic in doing so seems certainly hard to refute:

Ninety-nine percent of pay-TV subscribers have limited choices today and lease set-top boxes from their cable and satellite operators. Lack of competition has meant few choices and high prices for consumers – on average, $231 in rental fees annually for the average American household. Altogether, U.S. consumers spend $20 billion a year to lease these devices. Since 1994, according to a recent analysis, the cost of cable set-top boxes has risen 185 percent while the cost of computers, televisions, and mobile phones has dropped by 90 percent.

If this strikes you as an egregious money grab on the part of the cable industry, you're by no means alone.  In order to remedy this situation, the FCC issued what's called a Notice of Proposed Rulemaking (NPRM) to "unlock the box."  The FCC action will begin the creation of a framework that will allow both tech and telecom companies access to the relevant information needed to create set-top boxes that better connect services like over-the-top streaming and software applications. And if the early jockeying in the wake of this ruling is any indication, the battle will be fierce.

Who wins? Who loses?
It's easy to interpret this as a story line in which cable industry incumbents like Comcast and Time Warner Cable are destined to lose, and tech giants like Alphabet and Apple are well-positioned to win a new in-home entry point. That certainly might be true, but it oversimplifies the scenario to a fair degree.

To be sure, as a result of this ruling, cable companies will face greater pressure, both to hold onto their cash cow cable box rental regime and to keep their places in some consumers' living rooms. However, it's worth pointing out that cable providers, which already have relationships with their customers, should, in theory, be able to maintain them by simply improving the quality of their offerings. True, the threat of price competition could drive down the prices they

are able to charge for cable box sales or rentals. However, given that the industry steadily raised prices on cable boxes for years as the prices of most other consumer electronics fell, it's hard to feel anything approaching sympathy for the cable companies on that score.

Conversely, the ruling could create an opening for Alphabet, Apple, and others to move into the living room, long viewed as the most logical entry point for the smart home ambitions they so clearly harbor. It certainly seems reasonable to think that they might be better positioned to infuse the set-top box experience with more user-friendly software -- a clear parallel to the dawn of the smartphone industry. What's more, knowing that Apple in particular has long desired to create its own TV package, there's a clear strategic overlap in moving to ensnare as much of the TV user experience as possible.

Finally, it's also worth noting that the FCC's recent moves represent only the beginning of the set-top box overhaul process. By some analysts' reckoning, the entire process could take two to three years.  So while it might be tempting to view this ruling as the key turning point in the tech industry's disruption of cable, in reality, that revolution will take a while to unfold. Ultimately, though, should we continue along it, the path the FCC just set us on should benefit the consumer.