Obamacare may have enrolled a robust 12.7 million people for health coverage in 2016, but in many ways the program has failed to deliver.

At the end of January, the third enrollment period for the Affordable Care Act (better known as Obamacare) wrapped up, to the delight of regulators.

According to U.S. Department of Health and Human Services Secretary Sylvia Burwell, Obamacare wound up enrolling about 12.7 million people, including 9.6 million from HealthCare.gov, the federally run marketplace exchange representing 38 states, and another 3.1 million enrollees from the one dozen states that operate their own marketplace exchanges. The Congressional Budget Office had only been projecting 10 million paying members by the end of 2016, so even accounting for some attrition to be expected during the course of the year, it appears that Obamacare will end the year ahead of CBO expectations in terms of total enrollment.

In some respects, Obamacare has been a success. Inclusive of the Medicaid expansion, which 31 states have chosen to participate in, around 26 million people now have health insurance who didn't as of mid-2013. This includes the aforementioned 12.7 million enrollees during the third open enrollment period, as well as 13.5 million Medicaid enrollees between mid-2013 and Oct. 2015. These individuals, many of whom had no affordable access to medical care three years ago, now have a means of obtaining medical care for a reasonable cost, or perhaps no cost at all. This access could be the key to a healthier society overall.

1. Young adult enrollment is still under par
One of the bigger problems for Obamacare has been attracting a younger audience. Obamacare now allows children to stay on their parents' healthcare plans up until age 26, but there are still millions of uninsured young adults (loosely defined as those ages 18 to 34) who remain holdouts. Young adults are particularly attractive to insurers because they're less likely to be seriously ill or to head to the doctor. This means their plans typically result in a profit, which helps offset the losses from treating older or chronically and terminally ill patients.

Back in 2013, before Obamacare's first open enrollment period launched, The Washington Post noted that, according to the Obama administration, of the 7 million people needed to make Obamacare work (for calendar year 2014), 2.7 million needed to be young adults. HealthCare.gov took three years to reach that figure (and there are obviously more young adult enrollees when you count the one dozen states running their own exchanges), but it did so with 9.63 million more total enrollees. In other words, the ratio is still below where it needs to be based on the Obama administration's forecast from two-plus years ago.

It remains to be seen if the individual mandate penalty is doing its job in terms of encouraging young adults to enroll. After an average penalty of just $190 according to H&R Block in 2014, the Kaiser Family Foundation projects that the average penalty for not purchasing insurance could rise to $661 in 2015 and $969 in 2016. This might be enough to coerce young adults to buy health insurance, or it still might be too low relative to the cost of purchasing a health plan over the course of a year.

Regardless of whether the mandate penalty's effectiveness is to blame or not, there aren't enough young adults in the system, and it's directly impacting insurers' ability to serve Obamacare (which we'll get to in more detail below).

2. High automatic reenrollment implies a lack of marketplace education
Obamacare's second failure is one of public education. Obamacare was designed in such a way as to empower the consumer to make educated decisions based on their medical needs and financial situation. By providing a transparent marketplace exchange where insurers could compete against one another it was believed that consumers would use information to make side-by-side comparisons that would save them time and money. Unfortunately, that effort appears to have fallen on deaf ears for millions of enrollees.

The Centers for Medicare and Medicaid Services' data release, which highlighted Burwell's comments, also noted that about 1.7 million HealthCare.gov plans were automatically reenrolled in mid-December. In other words, if an individual had a health plan in 2015, and decided to take no action with that plan prior to mid-December, the exchange automatically reenrolled that person in their old plan for the upcoming year (assuming it was still available).

On one hand, this probably sounds convenient, and it ensures that a previously insured individual remains insured (as long as he or she makes their payment). But the problem with automatic reenrollment is that plan prices can change dramatically from one year to the next.

For calendar year 2016 we witnessed more than half of Obamacare's healthcare cooperatives close their doors due to unsustainable losses; these co-ops had been among the lowest premiums in their respective states. In more instances than not, the plan with the lowest price within a metal tier in 2015 is no longer the lowest-priced plan in 2016. This would imply that most of these 1.7 million people are overpaying within their metal tier when a few minutes of simple shopping and comparing online or over the phone could save them money.

Leaving potential savings on the table demonstrates a failure on the part of regulators to properly educate consumers about their choices and ways they could save money. 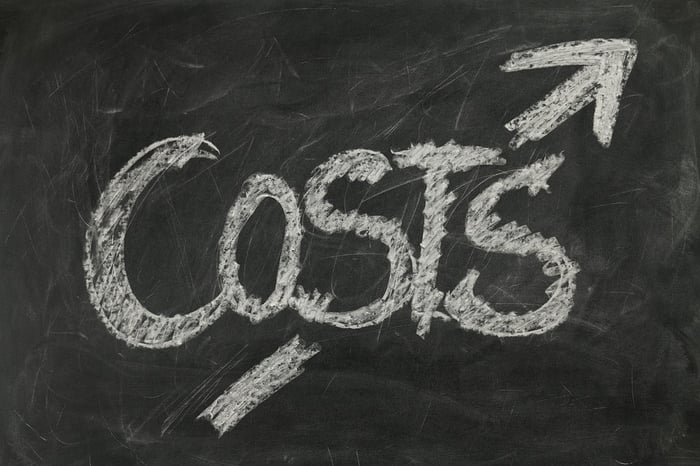 3. Premiums are soaring and insurers are struggling
The final failure of Obamacare can be seen in this year's healthcare premiums, which rose at their quickest rate in about a decade. Obamacare's transparent marketplaces were designed to allow for competition, and this competition should have kept pricing competitive. In addition, requests for rate increases of 10% or greater were to be explained to a given state's Office of the Insurance Commissioner (OIC). Despite these fail-safes, premiums rose substantially in 2016.

Part of the blame could fall with the dissolution of 12 out of 23 approved healthcare cooperatives, which reduced competition. However, an arguably larger component could be the lack of meaningful power of state OICs to regulate premium price hikes.

The idea had been that OIC and insurers would come to the table, and OICs would ensure that price hikes without reason were stamped out. Unfortunately, we're learning after three years of open enrollment that OICs have very little power to control premium pricing. Additionally, a lot of the price requests being received are warranted if insurers want to be profitable.

Making matters worse, some of the nation's biggest insurers can't seem to turn a profit under Obamacare. UnitedHealth Group (UNH -1.98%), the nation's largest health-benefits provider and an operator in nearly half of all U.S. states, said it could lose nearly $1 billion from its Obamacare plans when combining its 2015 losses with its 2016 loss expectations. UnitedHealth, during its investor day conference, blamed the ease of switching between plans, along with higher insurance utilization rates, for its losses. UnitedHealth also threatened to leave Obamacare's marketplace exchanges by as soon as 2017. Humana, which is also losing money on individual marketplace plans, has suggested it may do the same.

More damaging news came out just last week from Fitch Ratings, which examined the expected earnings for Blue Cross/Blue Shield, the dominant insurer in many states. Of the 35 BCBS companies Fitch examined, which includes plans operated by Anthem in some states, 23 reported a collective $1.9 billion decline in earnings through the first nine months of 2015, and 16 BCBS companies reported net losses.

If insurers can't make money under Obamacare and begin to pull out of the exchanges, it could be very bad news for premiums, and consumers in general.

In short, Obamacare's future may not be as bright as its 12.7 million-figure enrollment suggests.