More than half of Obamacare's healthcare cooperatives closed their doors recently, and more closures could soon be on the way.

On the surface, it would appear that Obamacare (officially the Affordable Care Act) had an exceptionally strong year of enrollment.

In its third open enrollment period, which is for calendar year 2016, the Department of Health and Human Services announced that Obamacare enrolled "about 12.7 million" people. This included roughly 3.1 million enrollees from the one dozen states operating their own marketplace exchanges, and more than 9.6 million enrollees from HealthCare.gov, the federally run marketplace.

One of Obamacare's primary goals was to lower the number of uninsured individuals in the United States, and between the Medicaid expansion in 31 states and the enrollment numbers mentioned above, the health law has done exactly that.

Enrollment numbers aren't everything
However, success isn't measured solely in enrollment numbers. Pan out a bit and you'll see that the foundation of Obamacare's health law, the health-benefits providers themselves, are mostly struggling.

UnitedHealth Group (UNH 0.34%), the nation's largest health insurer, and an operator in about half of all individual marketplaces, cautioned investors that it may wave the white flag on Obamacare and exit the program altogether by as soon as next year. UnitedHealth's management team recently announced that it could lose nearly $1 billion, cumulatively, between 2015 and 2016 tied solely to its Obamacare-based marketplace plans. The same holds true for a handful of other insurers as well.

But the real weakness can be seen in Obamacare's approved healthcare cooperatives, which after just two years are dropping like flies. 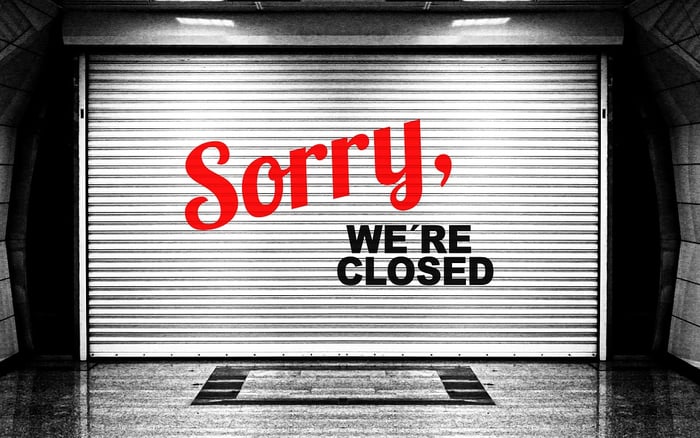 Healthcare co-ops go bust
Healthcare cooperatives, also known as co-ops, are nonprofit organizations that are established as direct competitors to for-profit organizations. It may sound corny and cliché, but consider them health-benefit providers set up by the people, for the people, as an alternative to big-name insurers. The Obama administration loved the idea of increased competition (and the potential for competitive premium prices) so much that 23 co-ops were approved and some $2.5 billion was apportioned to help get these nonprofits off the ground.

However, we learned late last year that more than half (12 of 23) of Obamacare's healthcare cooperatives were going belly up and closing their doors due to excessive losses. Why are co-ops losing so much money? Mainly due to a failure of the risk corridor to provide a financial backstop -- but also a lack of understanding on how to keep these plans profitable.

The risk corridor was a failsafe built into the ACA which was designed to take excessive profits from some insurers and move that money to a fund that would supply capital to insurers dealing with excessive losses. The risk corridor was designed to help encourage new entrants so as to boost competition, while also giving those new entrants a two- or three-year learning curve to get their premium pricing correct.

The problem appears to be that most insurers either weren't making enough from Obamacare plans to have to pay into the risk corridor, or they simply chose not to do so. Ultimately, of the $2.87 billion requested by struggling insurers for the 2016 calendar year, the risk corridor could provide only $362 million, meaning some providers simply went belly up, including a dozen co-ops.

The other issue here is that there wasn't a lot of experience at the helm of these co-ops. Whereas the price point of most co-ops set the bar low and managed to attract a lot of consumers away from for-profit insurers, they also attracted a high mix of sicker individuals, creating a scenario where medical expenses far exceeded premium revenue collected. In short, many co-op plans weren't priced to be profitable.

The Obamacare co-op experience may go from bad to worse
According to The Daily Caller, a conservative online news service, Mandy Cohen, the COO for the Centers for Medicare and Medicaid Services, recently told the House Oversight Subcommittee on HealthCare, Benefits, and Administrative Rules that eight of the 11 remaining co-ops are struggling.

Specifically, Cohen noted that three of the eight struggling co-ops are operating under corrective plans, which are plans that identify problems related to strategy, management, or pricing, and attempt to correct those actions so as to avoid failure. She could not assure the House Oversight Subcommittee that these co-ops would survive through 2016, saying it was too soon to tell given that these plans were recently implemented. Cohen declined to name which co-ops are currently operating under corrective plans, leaving that decision up to state insurance commissioners.

Thus far, The Daily Caller reports that of the $2.5 billion originally divvied out for the creation of co-ops, $1.4 billion was lost when the initial set of 12 co-cops failed. If even more co-ops fail, the amount of taxpayer money wasted could wind up approaching the entire $2.5 billion sum.

Furthermore, as the Daily Caller points out, Cohen said she believes the federal government to be "at the very top of all of the creditors" when it comes to repayment. This might mean hospitals and other care facilities that treated patients in now-defunct co-ops could wind up eating these services as a complete loss.

Co-op closures are bad for the consumer
Keeping the dynamics of supply and demand in mind, fewer available plans (especially inexpensively priced plans) could push premium prices higher. With for-profit insurers remaining, and many big names here struggling, we're liable to see premiums surge to ensure profitability. The "affordable" component of the ACA could be thrown out the window to ensure that health-benefits providers make money on their Obamacare plans.

Additionally, the failure of a dozen Obamacare co-ops after two years forced more than 800,000 Americans to find new health insurers for 2016. If excessive medical costs were part of the co-ops' undoing, then these consumers who are now looking for new plans could mean trouble for the for-profit insurance industry.

It remains to be seen if more co-ops will indeed close their doors for good, but it personally wouldn't surprise me one bit.