The media giant's stock is approaching triple digits, making a stock split possible in the near future.

Shares of Disney (DIS 3.36%) continue to trade at lofty heights. The stock is trading 12% higher since bottoming out earlier this year, and it's now a few upticks away from trading in the triple digits again.

The family friendly media giant is in a good place, and with several catalysts in the works to improve its fundamentals, it's easy to see the stock moving higher. That's the kind of momentum that will lead the market to wonder when Disney will declare its next stock split. 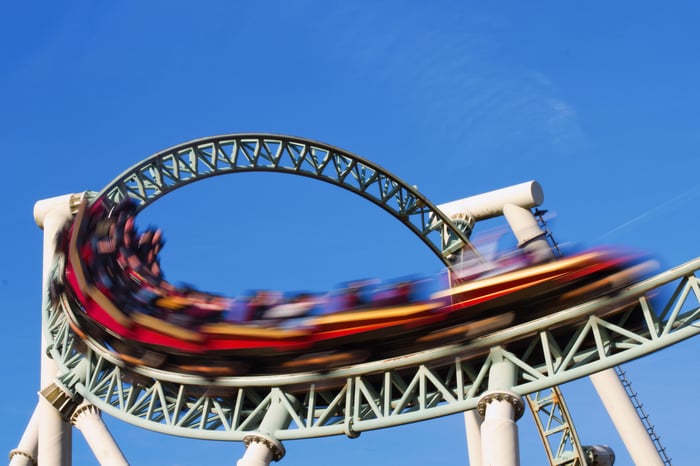 Disney stock is a consumer-facing juggernaut, and that's the kind of situation that makes it popular with individual investors. It's the most popular purchase on GiveAShare, a site where folks can gift a single share of a publicly traded company.

Disney stock as an investor fave makes the initial price point matter, and it's no surprise that Disney has split its stock in the past when it rolls north of $100. A stock split may be a zero-sum game -- 100 shares at $200 and 400 shares at $50 are the same thing -- but there's no denying that there's a psychological aspect to keeping a stock's price accessible.

It's at this point where it helps to assess how Disney has handled stock splits in the past. The House of Mouse has executed just six splits over the past 50 years, and it has waited until the stock is trading considerably higher than it is now.

All of Disney's stock splits have taken place with the shares in the triple digits. The average pre-split closing price is $150.63, but this doesn't mean that investors have to wait for the stock to soar 55% from here for its next stock split. The best guide would be Disney's most recent stock split, when Disney went with a 3-for-1 distribution in 1998 with the stock at $111. That would mean that Disney stock is now just 15% away from where it was when it executed its last stock split.

It will probably take more than that. Disney stock hit an all-time high of $122.08 last summer, and obviously it didn't push through a stock split at the time. However, between ambitious theme park expansion plans -- along with higher ticket prices, to boot -- and the juicy Marvel, Pixar, and Lucasfilm empires to mine, the stock will inevitably move to fresh all-time highs. The challenges at ESPN will continue and theme park attendance growth has been sluggish, but Disney has thrived even when it's not running on all cylinders. A fair bet is that Disney will go through with its first stock split in nearly 18 years the next time it's consistently trading above $120, and if the fundamentals keep improving, it may get there sooner than the market thinks.