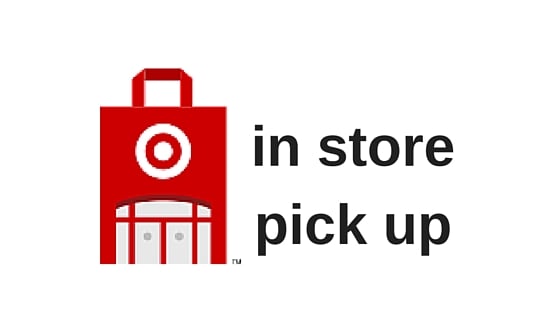 Amazon.com (AMZN -1.08%) isn't just dominating online retailing; it's dominating all of retail. Last quarter, Amazon accounted for about 24% of all retail sales growth in the United States, according to Macquarie Research. As more shopping moves online, brick-and-mortar retailers are struggling to compete.

Wal-Mart Stores (WMT 0.62%) grew its online sales just 8% year over year in the fourth quarter. Target (TGT -1.22%) did better, growing its online sales 34% last quarter, even beating Amazon's sales growth. The key to growing sales at brick-and-mortar retailers is taking advantage of their biggest assets -- their physical store locations. They have to perfect in-store pickups to compete with the speed and convenience of buying things on Amazon.

For in-store pickup to be more convenient than Amazon, orders have to be ready within about 24 hours. That means keeping track of inventory to ensure orders will be available in stores and that the stores will have enough inventory to sell to walk-in customers. Target did an excellent job of that last quarter, and it fulfilled 30% of online orders from its stores.

On top of being fast, in-store pickup must provide a superb customer experience. If it's unclear where a shopper needs to go to pick up his order or the order at the pickup location is incorrect, shoppers are less likely to repeat the ordeal in the future. Wal-Mart is rolling out a program for customers to pick up grocery orders in the stores' parking lots. Customers won't even have to get out of their cars, let alone wander through the store to find the pickup location.

Target investing in online orders
At the end of last month, Target brought on board Arthur Valdez, Amazon's former VP of operations, to run its supply chain operations. Later in the week, Target announced that it plans to spend $2 billion to $2.5 billion annually starting in 2017 on improving its supply chain and technology infrastructure.

Target is committed to the continued growth of its online sales and using its physical stores to support that growth. Last quarter, 40% of online orders were for items the company ran out of in its e-commerce fulfillment centers. But Target was able to use its network of stores to fulfill those orders. Those sales probably would have been lost otherwise.

Better supply chain management means fewer lost sales -- both in stores and online. Even if Target doesn't increase foot traffic or traffic to its website, simply having everything in stock will increase same-store sales.

Wal-Mart's biggest growth opportunity may be in online grocery orders. It's currently rolled out its parking-lot grocery-pickup program to 22 regions. Wal-Mart's online grocery shoppers spend an average of nearly 50% more than in-store grocery customers. Additionally, it gives shoppers a reason to visit Walmart.com, providing mindshare when consumers have other online shopping needs.

Over the next two years, Wal-Mart will pour $2 billion into its e-commerce division. That's much less than Target and Amazon -- which is constantly investing to improve its supply chain and customer experience. If Wal-Mart doesn't make the most of that money, it will find itself falling further behind the competition, even with its significant physical store footprint.