With its stock stumbling along like a zombie despite a strong fourth quarter report, the company behind "The Walking Dead" is opening its coffers for stock repurchases.

What happened?
If strong quarterly results fail to put positive momentum behind a stock, a buyback program just might. That seems to be the hope of AMC Networks (AMCX -1.36%), which is coming off a fourth quarter that left investors unimpressed. The company behind hit series like The Walking Dead and Better Call Saul announced it will buy back up to $500 million of its stock. 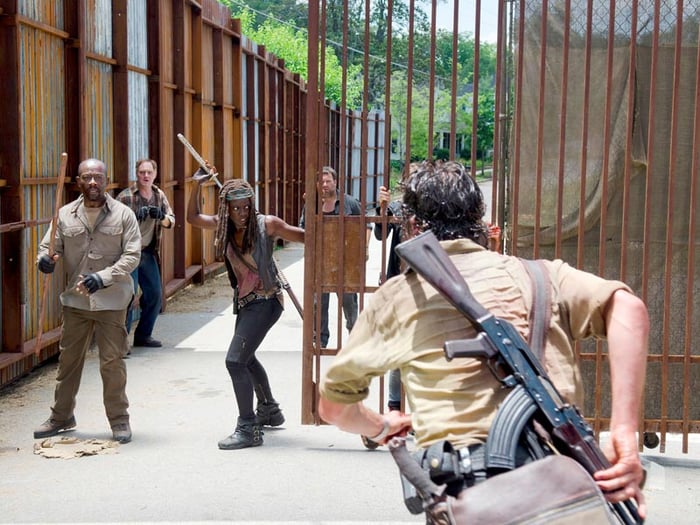 The program has no set end date "and may be suspended or discounted at any time," wrote AMC Networks in a press release. The move comes on the heels of a fourth quarter 2015 report that showed encouraging year-over-year growth.

Does it matter?
It seems a bit strange that the market shrugged off the earnings report, as the company notched double-digit gains on both the top and bottom lines. Both headline figures topped analyst expectations as well.

AMC Networks might be caught up in the generally gloomy sentiment fogging entertainment stocks at the moment. Given Walt Disney's recent problems holding onto subscribers for one of its prize assets, ESPN, investors have shunned the sector. After all, Disney was was once considered by many to be the best stock in the industry.

It appears that uncertainty around cord-cutting, whether justified or not, is starting to take root. And like the humans in The Walking Dead, no one -- not Disney, AMC Networks, nor any other broadcaster -- is safe.

At any rate, AMC investors should be pleased to know that the repurchases have enough flexibility that the company can close the program early or extend it without hurting the balance sheet. Although debt levels are a bit high for my taste, the company's financials are generally in good enough shape to support the initiative.

Nothing short of a blowout quarter or unqualified smash hit can shake a media stock out of the doldrums right now, but this buyback should at least draw some interest to AMC Networks and provide a bit of support to the stock price.