The business-oriented social network and job search portal is running out of fresh excuses for its weak forecasts. 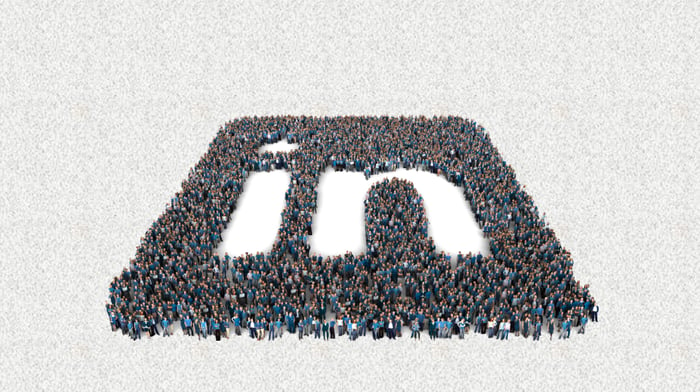 What: Shares of LinkedIn (LNKD.DL) fell 40.8% in Feb. 2015, according to data from S&P Global Market Intelligence. At month-end, LinkedIn investors were looking back at a 56% annual loss on their shares.

So what: Stop me if you've heard this one before.

LinkedIn reported fourth quarter results in the first week of February. The business-class social network beat its own revenue and earnings guidance, not to mention Wall Street consensus estimates. However, management followed up with disappointing guidance for fiscal 2016. The next day, LinkedIn shares shed a heart-stopping 44%.

Now what: Investors usually love consistency but not so much when the business outlook stays consistently grim.

Last May, LinkedIn CFO Steve Sordello pinned his soft guidance targets on three factors. First, the company was facing the same currency headwinds as every other American business with significant overseas operations. Second, a recent overhaul of LinkedIn's operating model was holding back sales, as the marketing team and customers alike got used to the new product portfolio. Third, absorbing the $1.5 acquisition of online learning service Lynda.com put another damper on the entire enterprise.

In February, management had stopped blaming its modest forecasts on currency effects. Instead, Sordello pointed to "current global economic conditions" putting pressure on sales in Europe and Asia. You say potay-to, I say potah-to.

Otherwise, the product portfolio overhaul continues to hurt the company. The benefits from all this pain won't come until the latter half of 2016, according to Sordello. The splashy Lynda.com buyout will lead to the integration of learning services with lots of LinkedIn offerings, but that's another long-term bet with no immediate payoff.

Now, you could make the argument that LinkedIn seems spring-loaded for a strong bounce. Share prices have declined sharply, and the business has actually performed admirably despite the terrible market crunch. Over the last four quarters, trailing sales increased by 25.5% and free cash flows more than doubled. Meanwhile, investors focused on bottom line earnings, which are negative and falling. 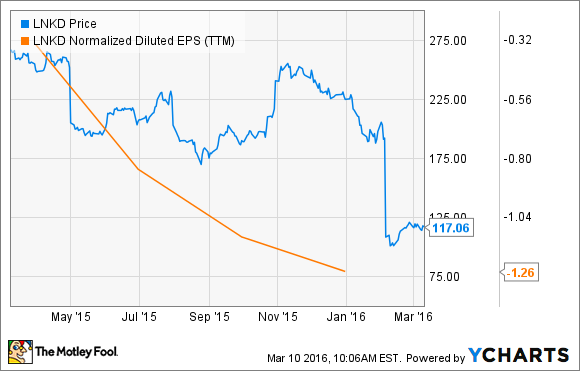 From this point of view, LinkedIn is simply executing a tax-efficient strategy. Personally, I'm staying on the sidelines as the core business doesn't strike me as any more valuable than Monster Worldwide. That job search network is a microcap stock trading at four times trailing free cash flows, but LinkedIn today sports a monstrous $13.6 billion enterprise value, some 25 times the company's incoming free cash.

Sure, LinkedIn could bounce back from here, but it's also a long way down to the bottom of the barrel where I think this stock belongs. Invest with caution, even after these drastic drops.

Overview of the Stock Market Today

8 Top Stocks to Buy in June

3 Top Stocks for Investing in Media