Please ensure Javascript is enabled for purposes of website accessibility
Log In Help Join The Motley Fool
Free Article Join Over 1 Million Premium Members And Get More In-Depth Stock Guidance and Research
By Sam Mattera – Mar 12, 2016 at 11:25AM

In less than a year, the Korean tech giant's Tizen-powered smart TVs have managed to hit a sales level it took Apple TV nearly eight years to achieve. 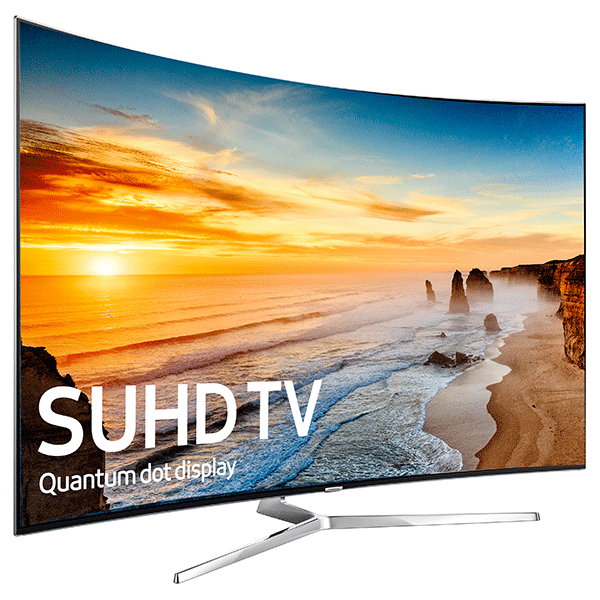 If you bought a new TV recently, there's a good chance it was made by Samsung (NASDAQOTH: SSNLF). The Korean tech giant dominates the market for flat-panel televisions, accounting for about one-fifth of global shipments, and more than one-third of North American sales.

Not all of the televisions Samsung sells are Internet-connected, but a growing number are. Last year, the company switched over to its home-grown operating system, Tizen, to power its smart TVs. Since then, the popularity of Tizen-powered smart TVs has surged, and its install base now rivals Apple's (AAPL -2.63%) Apple TV in terms of popularity. As tech firms continue their battle to control the living room, Samsung's dominance of the television market is proving to be a major advantage.

Breaking above 20 million
At CES 2016, Samsung announced that it had shipped 20 million Tizen-powered smart TVs, a fairly impressive figure given that Samsung didn't begin selling them until the spring of last year.

Apple doesn't regularly disclose the number of Apple TV units it sells. The last time it did, roughly a year ago, it said that it had sold 25 million units. That was a life-to-date figure, and included older, obsolete models that are almost certainly not in use today. Still, that number was up noticeably from 2012, when Apple said it had sold around 8 million units. The majority of those 25 million were likely of the more modern variety.

But with the launch of new services (such as HBO Now), the continued growth of streaming video, and a new model making its debut last fall, 2015 was likely a strong year for the Apple TV. Earlier this month, research firm Strategy Analytics estimated that sales of the Apple TV had surged in 2015, and now stood at 37 million in total.

The future of TV is apps
The relative popularity of these platforms matters, as the Internet-connected television remains in its infancy. When Apple unveiled the fourth-generation Apple TV in September, it declared that apps are the future of TV.  As with any computing platform, obscurity can be devastating. The recent failure of mobile platforms, including BB10 and Windows Phone, was fueled by a lack of apps -- because they had such modest install bases, developers had little incentive to bother.

Samsung's Tizen TV platform sports the most popular streaming apps (Hulu, Netflix, Amazon Prime) and a few interesting ones that Apple TV doesn't currently offer (gamers with a subscription to PS Now can stream PlayStation 3 games over the Internet on a Tizen TV). But it's missing a few notable ones. HBO Now works on second-generation and newer model Apple TVs, for example, but not Samsung's Tizen sets. The same is true for Showtime and NHL.TV.

With scarce resources, developers cannot bother to adapt their apps for every platform. At Business Insider's Ignition 2015 conference in December, Roku CEO Anthony Wood predicted that the market for Internet-connected TVs would eventually coalesce around just a handful of platforms. "... there'll be just a handful of operating systems when we're all said and done. There'll be Roku, Android, and Apple is my guess on where we'll end up," he said.

Why pay an extra 20%?
Counting Samsung out at this juncture may seem like a safe bet, given that its track record for software has been poor. But it has one major advantage over its rivals: It makes a large percentage of the world's televisions. Buyers of Samsung sets could simply choose to ignore its embedded smart-TV platform, and plug an Apple TV, for example, into their HDMI port instead. But with Apple TV starting at $149 for the fourth-generation model, Apple is asking buyers to shell out 10% or even 20% more, on top of what they paid for their Samsung TVs.

Of course, television sets are upgraded infrequently. Plenty of sets being sold are made by Samsung's rivals, and the majority of older Samsung sets in use today don't run its Tizen operating system. Selling separate set-top boxes may be the wiser strategy. Still, with Tizen's popularity rising, the living room may be the one market where Samsung's operating system can thrive.

Sam Mattera has no position in any stocks mentioned. The Motley Fool owns shares of and recommends Amazon.com, Apple, and Netflix. We Fools may not all hold the same opinions, but we all believe that considering a diverse range of insights makes us better investors. The Motley Fool has a disclosure policy.