The biotech's shares bounced back last month after the FDA extended the review period for eteplirsen. 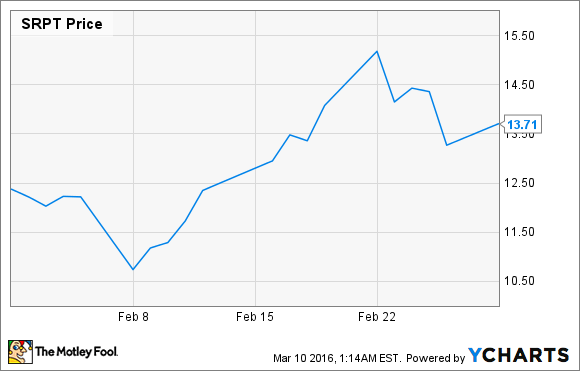 What: According to data provided by S&P Global Market Intelligence, shares of the clinical-stage biotech Sarepta Therapeutics (SRPT -1.27%) gained nearly 14% last month. The stock's rebound -- after falling by nearly 70% the month before -- was due to the FDA extending the review period for the company's experimental Duchenne muscular dystrophy drug, eteplirsen, to May 26, 2016. Duchenne is a rare muscle-wasting disorder characterized by the inability to produce a sufficient amount of the protein dystrophin, which plays a critical role in strengthening muscle fibers. 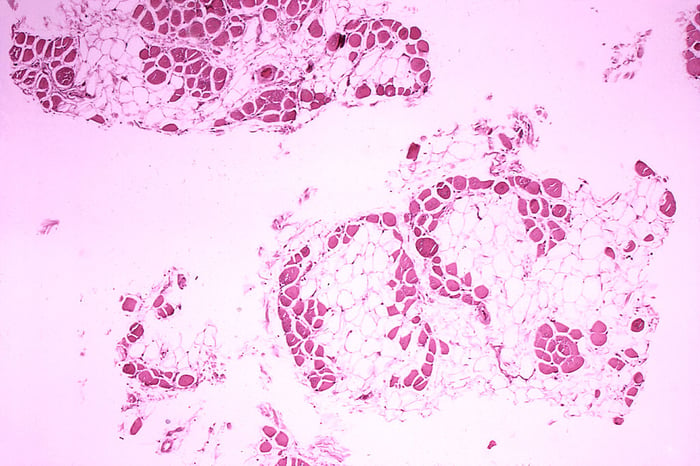 So what: Because of the fairly harsh briefing documents released by the FDA ahead of the drug's former advisory committee review date and the rejection of BioMarin's competing therapy drisapersen around the same time, the market abruptly decided that eteplirsen's regulatory review was doomed -- causing the massive sell-off in Sarepta's shares in January. However, this extension by the FDA seems to have sparked at least some renewed optimism that the drug may garner a conditional approval from the agency later this year.

Now what: While this extension might mean that the FDA hasn't shut the book on eteplirsen, the fact remains that company has yet to even receive an updated advisory committee date from the agency. This panel review was supposed to occur on Jan. 20, but was canceled due to inclement weather. The bottom line is that this public review will provide significant insight into the agency's overarching view of the drug, and until that event takes place, it's impossible to handicap eteplirsen's chances of getting a green light from the FDA. That's why I think investors may want to remain cautious with this speculative stock for the time being.

George Budwell has no position in any stocks mentioned. The Motley Fool recommends BioMarin Pharmaceutical. We Fools may not all hold the same opinions, but we all believe that considering a diverse range of insights makes us better investors. The Motley Fool has a disclosure policy.

Why Sarepta Therapeutics Stock Is Perking Up Today
405%