Please ensure Javascript is enabled for purposes of website accessibility
Log In Help Join The Motley Fool
Free Article Join Over 1 Million Premium Members And Get More In-Depth Stock Guidance and Research
By Alyce Lomax - Mar 15, 2016 at 11:51AM

Corporate America hasn’t solved gender issues like equal pay for equal work. Here are four ways we can all push for progress -- and a win-win for everyone.

Editor's note (March 31, 2016): Since publication of this article on March 15, 2016, Arjuna Capital has withdrawn its shareholder proposals at Amazon.com and Expedia due to their proactive moves on the gender pay parity issue. Amazon revealed that in the U.S., its female employees make 99.9 cents for every dollar its male workers make, and Expedia promised to release its gender pay data by October.

March 8 marked International Women's Day, and this year's global campaign theme was a "pledge for parity." This theme is a timely one in 2016: When it comes to women's standing in the workforce here in the U.S., we're still falling sadly short, and equitable pay for men and women is a particularly hot topic. It's even been highlighted as a presidential campaign touchpoint. Bleak statistics explain why: In just one example, on a national level and at the going pay rate, women won't reach pay parity with men until 2058.

The good news is that the current reality is not set in stone. Together we can work to spark positive change and faster momentum in 2016 and beyond. Read on for ways we can push for more immediate progress, whether we're investors using our shareholder votes or regular American employees using online tools to vote for more equitable, inclusive treatment at our own employers.

Check your proxy statements and rock the shareholder vote

Arjuna Capital, a division of financial advisory firm Baldwin Brothers Inc., is providing a way for shareholders to voice their concerns in this pivotal year. Along with co-filers Pax World Management, Proxy Impact, and The Sustainability Group, it's targeting seven tech giants this year for shareholder proposals pushing for real commitment to equal pay for equal work.

Here's one reason the tech industry gets targeted: It represents the very definition of innovation, yet ironically, it's also been gaining an unpleasant reputation for cultivating homogenous "bro cultures" -- not surprisingly, the industry has developed major difficulties attracting and retaining women and minorities.

Still, we can celebrate signs of progress that should galvanize the rest of Silicon Valley to follow suit. Two companies that would have been targeted have revealed admirable work in these areas, leading Arjuna Capital to withdraw its previously planned resolutions. Intel (INTC 3.21%) revealed that it reached 100% gender pay parity in 2015. Apple (AAPL 2.45%) has made its own announcement close behind, with 99.6% gender pay parity. This puts these companies ahead of the pack.

I spoke to Natasha Lamb, Arjuna Capital's director of equity research and shareholder engagement, about the importance of this topic, and her firm's decision to try to rock the shareholder vote in 2016.

Lamb offered a spot-on summation of why female-friendly workforces should be so important to investors analyzing businesses: "Unfriendly to women is unfriendly to profits."

According to Lamb, "Gender pay disparity is not only one of the biggest social justice issues of our time, but it also poses a risk to companies' performance, brand, and investment returns."

Not an investor? Do this instead
Even if you're not an investor -- and of course, here at The Motley Fool, we think you should be, as it is part of the journey to financial freedom; here are 13 steps to start -- there are more and more ways you can help increase transparency and drive changes that make workforces more hospitable to female workers.

Social media and online tools have given regular people unprecedented levels of communication with and about corporations, and can be a real force for transparency, discussion, and change.

Take it to Glassdoor. Glassdoor allows employees to anonymously rate the companies they work for, and provides an avenue for unprecedented views into company cultures and what goes on behind closed doors. Users give overall ratings to their companies' internal workings and write up reviews containing pros, cons, and advice to management. They can also share information on salary and benefits.

As the old adage says, sunlight is the best disinfectant, and Glassdoor is a great way to let some of that light in to expose great places to work -- and toxic ones. Companies that fail to provide female-friendly cultures or are even hostile environments can certainly fit into the "toxic" category, and a good dose of transparency on such issues should help drive change.

Set your sights on woman-friendly workforces. Here's a way to drill down even further: InHerSight takes information about female-friendly work cultures to an even more granular level. Again, visitors anonymously rate their workplaces, but contribute information on 14 factors that impact the specific needs of working women. InHerSight has just released a career matching tool, which allows women to target their job searches according to their own individual needs.

Given that certain policies can either help or hinder women's career progress, these ratings can be key in helping identify companies that help women succeed, avoid those that will set them up to fail, and push the companies that rate poorly to provide more inclusive cultures. Rating your workplace or checking up on prospective employers can help you help yourself -- and help other women. InHerSight is relatively new to the scene, but the more people who participate, the more robust and helpful it will be. (Note that The Motley Fool is a minority investor in InHerSight.)

Get on board. Another area that needs fixing in corporate America is the dearth of women on boards of directors. One of the common excuses is that there simply aren't enough qualified women for the jobs. Another site, theBoardlist, seeks to connect women and board seats.

Here's just one dismal stat about this issue: If female directors continue to be added to corporate boards at the current rate, it will take 40 years for boards to achieve a 50/50 split of men and women. theBoardlist seeks to jump-start glacial progress by hooking up companies and qualified female director candidates who once were (supposedly) in such short supply. Maybe companies didn't know where to look before, but maybe with services like this one they will be fresh out of excuses.

I asked Lamb about other avenues to encourage pay parity beyond shareholder engagement, and she agreed that online tools can be helpful in getting these issues to the forefront at companies. She encouraged female and male workers to post their reviews and salary information on such public sites. Honest discussion is the key to moving things forward. "These are the hard conversations we have to have as employees and society about what people are actually being paid," she said. 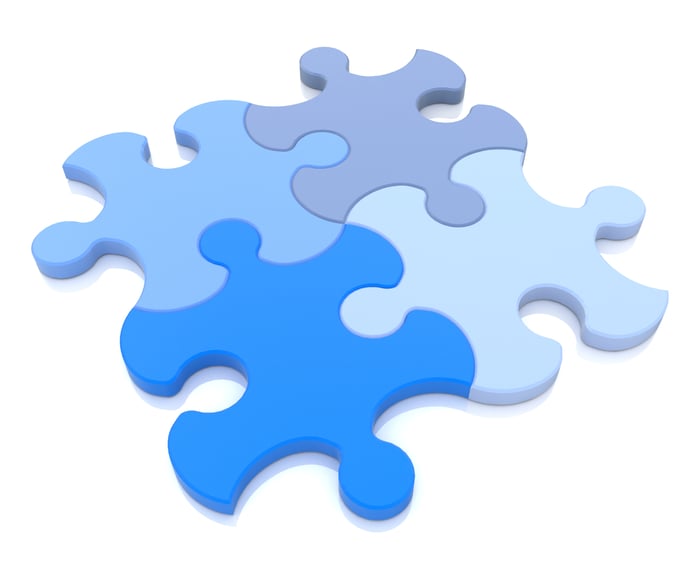 These days, we investors must remember that structural friendliness to women and minorities isn't a "nice to have" business trait but rather "need to have," given the emerging indicators about the growth potential of diverse workforces in comprising robust, strong, and sustainably profitable businesses. The most innovative companies in the world surely can use their power and resources to solve this problem and make it one of the past.

Helping women succeed will be good for investors and good for the growth of our entire marketplace. Shareholders like Arjuna Capital are bringing the issue into the spotlight in the investing realm. Meanwhile, through online tools like the ones I cited above, all of us have unprecedented means to share information, point out flaws and solutions, and bring about change.

International Women's Day may have come and gone in 2016, but any and every day is a good day to join together and contribute to the cause.

Check back at Fool.com for Alyce Lomax's columns on environmental, social, and governance issues.