Two of the three largest U.S. airlines are growing in Asia, but Delta Air Lines is retrenching.

There have been a lot of headlines recently about slowing economic growth in China and other Pacific Rim countries whose economies are tightly intertwined with China's. Despite these headwinds, American Airlines (AAL -0.92%) and United Continental (UAL -1.63%) -- two of the three big U.S. network carriers -- are growing aggressively in the region.

Meanwhile, their rival Delta Air Lines (DAL -1.39%) seems to be taking a pause from growth in the transpacific market. Let's take a look at this divergence in strategy and what it means for the top three U.S. airlines.

In other words, despite being somewhat larger than Delta and United overall, American Airlines was way behind in the largest and fastest-growing region of the world. To address this weakness, it has made growth in the transpacific market a high priority.

Between 2013 and 2015, American Airlines turned its top hub -- Dallas-Fort Worth International Airport (DFW) -- into a major Asian gateway. It launched nonstop service to Seoul in 2013, nonstop flights to Shanghai and Hong Kong in 2014, and nonstop service to Beijing last summer. Including its long-running DFW-Tokyo route, American Airlines now flies from its largest hub to the top five business markets in East Asia.

However, DFW is at a geographical disadvantage for transpacific flights relative to the West Coast gateways United and Delta use. As a result, American Airlines is now looking to use its Los Angeles hub for further growth in the region. It may not be the most ideal time to grow aggressively in Asia and the South Pacific, but American is making a long-term investment. To compete effectively with United and Delta, it needs a bigger transpacific presence.

The latest push began with American entering the Australian market last December with nonstop flights from LA to Sydney. Last month, it launched flights to Tokyo's Haneda Airport to complement its existing flights to Narita Airport. It will add New Zealand to its route map in June, when a new LA-Auckland route begins. Finally, American announced last week that it will begin flying from LA to Hong Kong in September.

American's rapid capacity growth in the Pacific region may be hurting its unit revenue. However, it doesn't have much choice. It needs to get much bigger in the region so it can benefit when the demand environment improves.

United Continental needs to build on its advantage
United Continental is the transpacific market leader. However, it faces growing competition: not just from American, but also from Delta, which has built up West Coast gateways in Seattle and Los Angeles in the past few years.

United needs to ensure that it remains the top dog in the region. To do that, it's trying to go beyond the big Asian business centers that every major airline serves. It's putting particular emphasis on secondary cities in China. In 2014, it began flying from San Francisco to Chengdu. In the next few months, it plans to launch seasonal flights from San Francisco to Xi'an and year-round flights to Hangzhou.

United is using its Dreamliner fleet to fly to secondary cities in China.

Outside of mainland China, United began daily San Francisco-Taipei flights in 2014, becoming the only U.S. carrier flying nonstop to Taiwan. In June, it will become the only airline flying nonstop between the U.S. and Singapore. And United will follow American Airlines into New Zealand in July with San Francisco-Auckland flights.

United has offset some of these route additions by cutting intra-Asia flights and beach market flights from Japan. However, while its total transpacific capacity isn't growing much, United is dramatically expanding its reach in Asia to stay ahead of Delta and American. 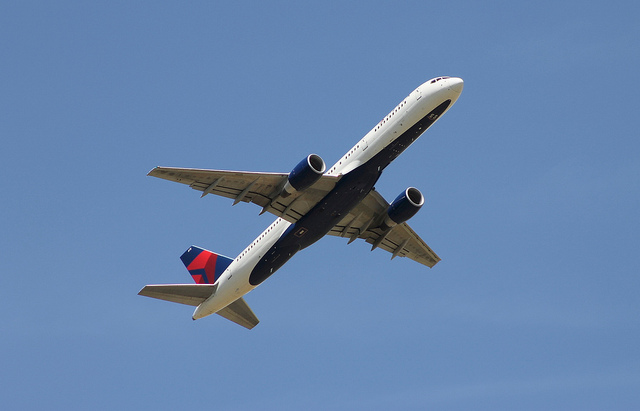 Most of Delta's cuts have come in Japan, where it is slashing intra-Asia routes from its hub in Tokyo and beach market flights to places like Hawaii and Guam. That's not so different from what United Continental is doing, but unlike United, Delta hasn't been fully offsetting cuts in Japan with growth elsewhere.

After adding flights from Seattle to Shanghai, Seoul, and Hong Kong between June 2013 and June 2014, Delta has slowed its expansion in Asia. It launched a new Los Angeles-Shanghai route last year, but that was about it. This week, it announced plans to begin flying from Los Angeles to Beijing, but that service won't start until December.

Instead, Delta plans to rely on local partners as it grows in Asia. Last year, Delta paid $450 million for a small stake in China Eastern Airlines, one of China's biggest airlines. Rather than flying directly to secondary cities in China, Delta intends to offer more flights to Beijing and Shanghai, where travelers would be able to connect to numerous other destinations on China Eastern.

This strategy reduces Delta's risk and capital requirements relative to wholesale expansion. It leaves United Continental with a clear edge in Asia, but it should keep Delta comfortably ahead of American Airlines in the region. In the meantime, Delta's capacity discipline in Asia should help it post better unit revenue results than its peers in 2016.