"Buy when there's blood in the streets."

That's the contrarian investor's mantra, often credited to 18th-century banking pioneer Baron Rothschild. The time to buy is when everyone else is selling, so you can get started at a low buy-in price, and profit as the stock of a fundamentally healthy company returns to loftier heights.

Here are three stocks that meet Rothschild's criteria to a T. Lions Gate Entertainment (NYSE:LGF-A), NXP Semiconductors (NASDAQ:NXPI), and IBM (NYSE:IBM) have all taken severe beatings in the market recently. I would argue that all three remain very healthy at heart, and are poised for strong gains from these artificially low prices, 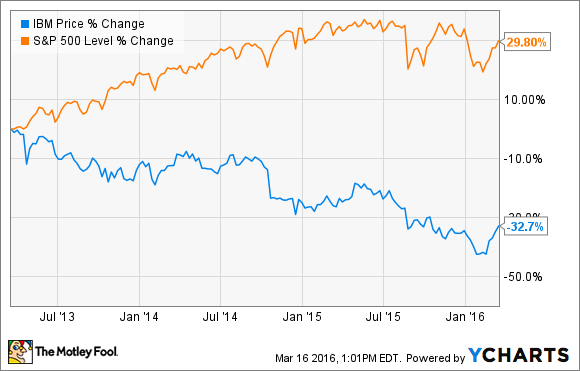 That was near the start of CEO Ginni Rometty's strategy makeover. In the three years since, IBM has been hard at work cutting loose low-margin hardware businesses to focus on more-profitable services and software sales.

The business shift has been slow-going, and admittedly not always perfectly executed. The deep dive into cloud computing and artificial intelligence may have started a couple of years too early, and management has recently been forced to reduce their once ironclad long-term guidance targets.

But Rometty is clearly taking Big Blue in a correct new direction. The company keeps a strict focus on long-term results despite the temporary pain that may come from drastic adjustments. And in the meantime, IBM's generous dividend and buyback policies only become more effective when share prices are low.

IBM stock is exploring five-year lows, trading at just 10.7 times trailing earnings, and offering a 3.7% dividend yield. If you never cared for Big Blue before, this could be the perfect time to start a position for the long run. 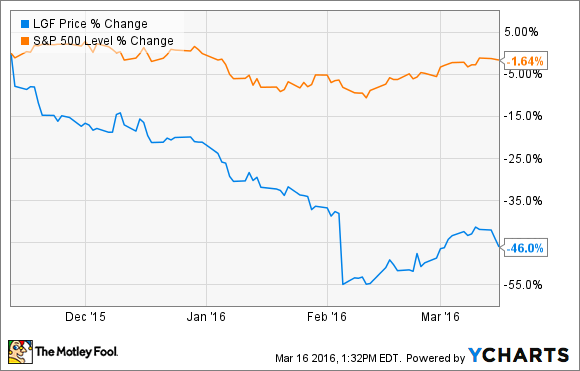 The stock fell off a nosebleed perch, retreating back to prices last seen in early 2013. In order to make up for the handful of recently ended franchises, Lions Gate must now get a hold of new high-quality material. Upcoming theatrical releases include potential tentpoles from the Power Rangers and My Little Pony brands. For more mature audiences, the company is working up sequels to Now You See Me and Divergent / Insurgent. While not exactly Hunger Games blockbusters, each of these titles could collect roughly $300 million in global box-office receipts.

The company is also embracing digital distribution platforms in a big way. That's exactly the right long-term strategy, and perhaps enough to make up for a relatively unproven production slate.

Lions Gate may be a riskier bet than IBM, but we're still looking at a dramatic discount, and a fundamentally solid business plan. Don't sink your entire life savings into this stock, but do feel free to take a smaller position. The risk/reward ratio here is tempting. 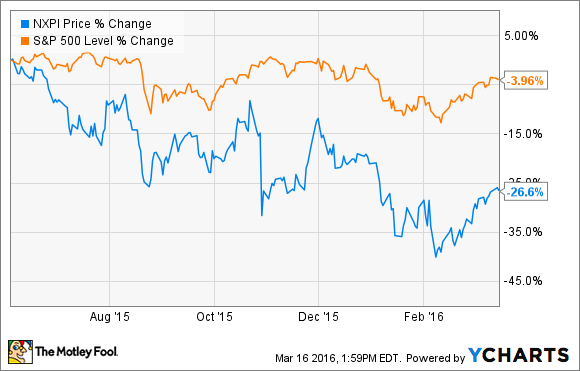 Finally, semiconductor designer NXP's all-time highs passed in June 2015, followed by a 27% plunge. Investors have become nervous about the $14 billion Freescale buyout, in much the same way that IBM investors are losing patience with that company's strategy change. The merger did not unlock an immediate revenue surge, and the benefits of becoming the world's largest supplier of automotive computing chips will take a while to materialize.

In short, NXP is taking short-term lumps from the temporary downsides of a big long-term bet. If cars and payment systems continue to evolve in the coming years, you'll be glad to have picked up these shares on the cheap.