"Batman v Superman: Dawn of Justice" could be the year's biggest film.

Who would win if Batman and Superman teamed up in a battle against the leaders of the Avengers? That question will probably continue to be debated through the ages, but the performance of Time Warner's (TWX) Batman v Superman: Dawn of Justice compared to Disney's (DIS 0.85%) Captain America: Civil War will score definitive points in the battle to see which superteam has more power at the box office.

The high stakes of the superhero movie wars
In order to understand expectations for Batman v Superman's performance and the DC films, it's helpful to look at what Disney has accomplished with its Marvel Cinematic Universe films.

Disney's Avengers hit theaters in 2012 and went on to become one of the top-grossing films of all time. The first Avengers film did roughly $1.52 billion in unadjusted ticket sales, and was followed by four other movies in the Marvel Cinematic Universe before the release of Avengers: Age of Ultron in 2015. Ultron went on to gross more than $1.4 billion, and helped established Marvel's superteam as the top-grossing film franchise in history with over $9 billion in global ticket sales across 12 films. 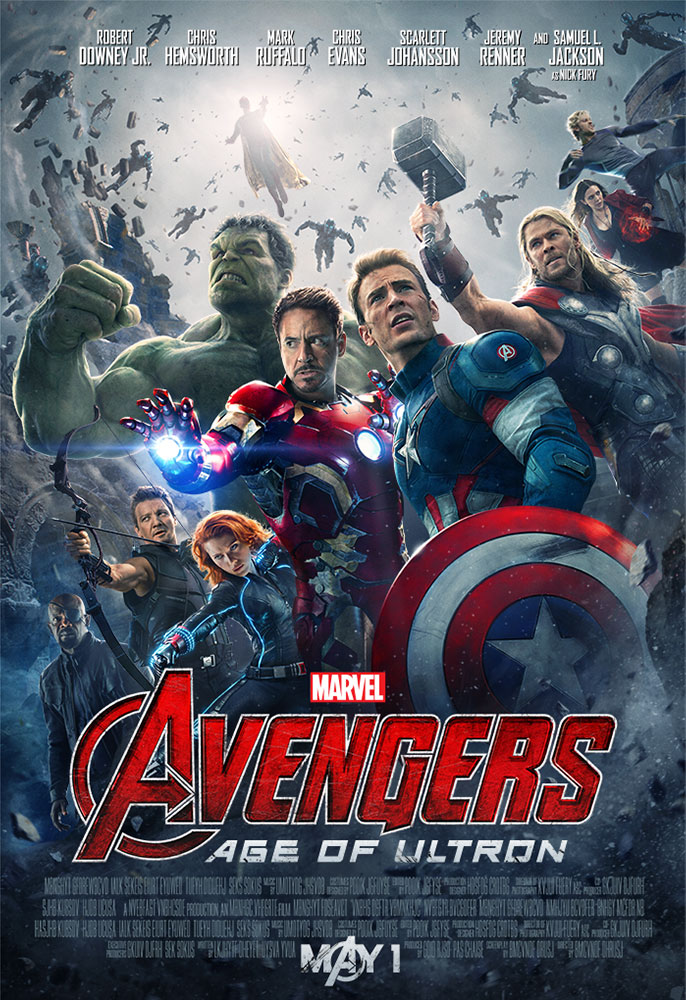 Disney has managed to build a stable of viable box office superheroes, while Warner's big comic book movie successes have been limited to the realm of Batman. The upcoming Batman v Superman is Warner's chance to fast track its super hero capabilities -- and with plans to release 11 new superhero movies by the end of 2020, the company is betting big on its comic book licenses.

Why Batman and Superman will beat Tony and Cap
Painting Batman and Superman as box office underdogs would be disingenuous, but some manner of comeback narrative could be appropriate if Batman v Superman tops Civil War and other big Avengers universe films. The DC Cinematic Universe got off to a less-than-ideal start with Man of Steel, in 2014. The Superman film put up a solid box office showing of nearly $670 million in ticket sales, but critical and audience reception to the picture was mixed, which led to concerns that Warner would face a difficult task in building a massive film universe out from the picture.

Batman v Superman seems to have diverged just enough from Man of Steel to forge a new identity for the franchise and reach a wider audience. A more appealing aesthetic combined with a great cast and setup will likely elevate the DC Comics film franchise to new heights.

The last two Batman films each grossed more than $1 billion in unadjusted ticket sales, and pairing the golden-touched Dark Knight with Superman and Wonder Woman looks to be a dynamite way to usher in the DC Cinematic Universe. Early marketing for Batman v Superman has been strong, and just hearing the title will likely entice a not-insignificant portion of the movie-going pubic.

The incredible box office potential of a long-awaited showdown
Warner's Batman v Superman is working with a golden movie premise that has been teased and hinted at for decades. The concept of Batman and Superman battling it out on the big screen before ultimately forging an alliance and The Justice League is lightning in a bottle -- the kind of setup that packs an inherent appeal that could translate to massive ticket sales. Looking at the biggest box office hits of recent years, movies including Star Wars: The Force Awakens, Jurassic World, Furious 7, and the Avengers films -- the members of this blockbuster film class have some core elements working in their favor that are also evident in Batman v Superman.

Each of the five biggest box office hits since 2012 comes from a strong franchise, and had attributes that built an event-movie profile surrounding the film's pre-release and theatrical runs. Jurassic World was a reinvention and nostalgia-fest that reworked the formula of its classic predecessor -- a film that had become increasingly popular in recent years. The Force Awakens push was practically inescapable in the weeks leading up to and following the film's release. Furious 7 rode franchise momentum and audience interest in a final performance from deceased series star Paul Walker. The Avengers films benefited from strong interest in superheroes and the meticulously managed buildup of the Marvel universe on screen.

Batman v Superman doesn't have the artfully crafted, multipicture lead that ushered in Marvel's superteam, but there's a good chance the film has its own path to event-movie status. Batman, Superman, and Wonder Woman are superhero A-listers that need little introduction, and the prospect of DC's Holy Trinity together in one movie lends the late-March release the firestarter potential that has catapulted other box office leaders in recent years.

Of course, the biggest box office hits in recent years have also been favorably received by critics and audiences alike, and Batman v Superman's box office potential will be affected by the extent to which it turns out to be a quality film that encourages good word of mouth and repeat viewings. Knocking it out of the park with regards to film quality would portend well for the sizable slate of DC Comics movies in the works and begin to create some of the network effect that has benefited Marvel films.

Will a late-March release and a dark aesthetic limit Batman v Superman's power?
Batman v Superman opens March 25, and will kick off the year's blockbuster movie season early. The picture was originally slated for a May 6 debut, but that would have meant opening the same weekend as Disney's Captain America: Civil War, and Warner ultimately opted to change the Batman v Superman's release date. It's possible that the film's late-March open date could put a limit on the film's upper range box office potential, but big movies have been finding success earlier and earlier in the year, and box office success is no longer as elusive outside of the traditional big-release months. Batman v Superman won't face strong competition in the weeks following release, with Civil War being the next high-profile franchise release and opening six weeks later.

A bigger threat to Batman v Superman's box office potential is the possibility that the film will be too dark and grim to play well with family audiences. News that the picture would receive an R-rated cut for home video releases prompted speculation that director Zack Snyder had steered the franchise in a gritty, super-violent direction that would limit box office draw, but between upcoming releases like  X-Men: Apocalypse, Captain America: Civil War, and Suicide Squad, 2016's superhero movies are broadly darker than those from previous years, and the golden premise of Batman v Superman should reach massive audiences so long as the film is a quality product.

Without the benefit of having seen either Batman v Superman or Captain America: Civil War, I estimate that Warner's big superhero entry will gross in the neighborhood of $1.4 billion, while Disney's next Marvel film will do roughly $1 billion in ticket sales. Regardless of which superhero tentpole performs best, both companies appear to be on track for record years at the box office as the storied Marvel-DC rivalry plays out in theaters across the globe.