Let's face it, it's nearly impossible -- or at least, really implausible -- for consumers to thoroughly research and test drive vehicles from a plethora of different automakers. Out of necessity, publications like Consumer Reports were born to help the consumer on that front.

Just recently, Consumer Reports highlighted the 10 Lowest-Rated Cars in 10 categories, which at least serves as a starting point to guide you away from the  rides you should probably consider avoiding -- or at least researching much further before purchasing. Let's take a look at how the study worked, and which vehicles were the worst of the worst.

How it works
Consumer Reports goes in-depth with its studies, and the vehicles are judged on an overall score from four factors. First, CR uses its road test program, which runs vehicles through more than 50 performance and capability tests. Next, CR gauges reliability based on an annual survey of its subscribers about the number of problems they have with their vehicles. CR next uses subscriber surveys to assess owner satisfaction, and whether those consumers would repurchase the same vehicle again after three years of ownership. Lastly, it evaluates crash safety data from the Insurance Institute for Highway Safety and the National Highway Traffic Safety Administration.

Combining the scores from all of those factors, the lowest scores in 10 vehicle segment were compiled into this list. Let's take a look at the losers, and some surprises. Bonus points if you can guess the automaker with the most vehicles on this list!

Biggest losers
One thing that should come as no surprise, because Fiat Chrysler Automobiles (NYSE:FCAU) vehicles generally rate poorly on Consumer Reports' reliability surveys, is that FCA owns the most models on the list, with the Fiat 500L, Chrysler 200, Dodge Journey and Chrysler Town & Country all representing poorly. Mitsubishi also had a poor showing, but that's not much of a surprise either, coming from an automaker that has consistently struggled in many aspects, including a steep sales decline since the early 2000's. 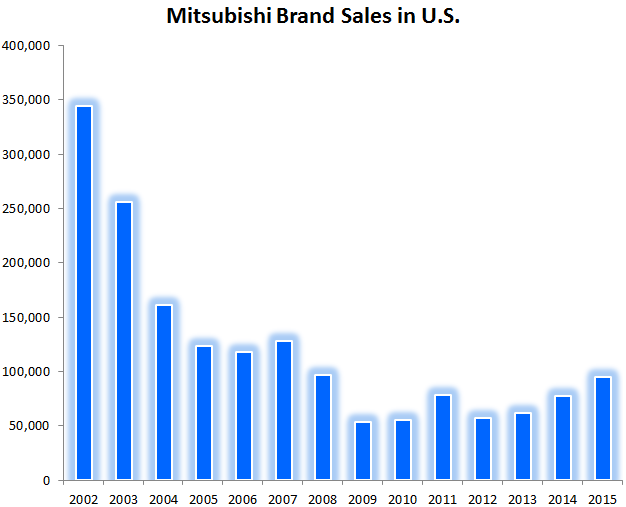 Biggest surprises
The top surprise on the list, in my opinion, was a General Motors (NYSE:GM) model. While GM managed to keep all of its brands off this list except for Cadillac, it was surprising to see its well-known, and often well-liked, Escalade as the lowest-rated vehicle in its category. CR notes that the Escalade's redesign scored well below average, leading to its worst-in-class ranking.

In fact, CR pulled no punches when describing it: "The Escalade falls down on the fundamentals as a luxury SUV; It rides too stiffly and can't stop or handle with the grace of its peers. The Escalade simply floundered in our tests. Despite casting a massive shadow, the hulking Cadillac is not even that roomy inside. The second-row seats aren't very comfortable, and the third row is cramped."

On the way out
While Ford Motor Co.'s (NYSE:F) mainstream brand avoided placing any vehicles on CR's lowest-rated list, its luxury marque couldn't say the same. The Lincoln MKS landed as the lowest-rated midsized luxury car, but it's really not much of a surprise. In fact, for those unaware, Ford plans to halt production of the MKS sometime this year and will retire the nameplate.

The MKS is expected to be replaced by the recently resurrected Lincoln Continental. With the MKS' sales struggling in recent years, and U.S. sales of SUVs taking off, it makes sense for Ford to axe the manufacture of the MKS at its Chicago Assembly Plant, allowing it to boost production of the hot-selling Ford Explorer.