Please ensure Javascript is enabled for purposes of website accessibility
Log In Help Join The Motley Fool
Free Article Join Over 1 Million Premium Members And Get More In-Depth Stock Guidance and Research
By George Budwell – Mar 23, 2016 at 11:33AM

The biotech finds itself in the crosshairs of a noted short-seller.

What: Shares of Sage Therapeutics (SAGE 0.91%) fell by more than 20% in early morning trading Wednesday on heavy volume. The catalyst behind this downward move was a 28-page report issued by Kerrisdale Capital stating that the company's lead experimental product candidate SAGE-547 -- indicated for super-refractory status epilepticus (SRSE) -- is either likely to fail its ongoing late-stage trial, or turn out to be a commercial failure due to the presence of similar drugs on the market like benzodiazepines, anti-epileptics, and anesthetics that are already used to treat SRSE. 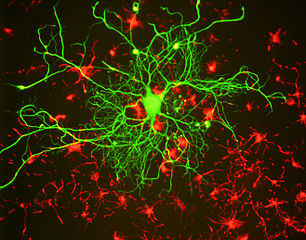 The firm also believes, according to the report, that Sage is overestimating the size of the drug's target market by perhaps a factor of 6, implying that SAGE-547 would, at best, be a minor drug from a revenue standpoint, if approved.

SRSE is a rare, yet deadly, condition characterized by persistent seizures that fail to respond to standard forms of therapies.

So what: Kerrisdale Capital thinks Sage's shares could drop by as much as 70% from current levels, given that the company's remaining clinical assets are mostly in the early stages of development. In short, Kerrisdale Capital is essentially valuing Sage at a little over its last stated cash position of around $186 million.

Now what: Sage is expected to release top-line results from SAGE-547's late-stage trial in the second half of 2016, which will be the moment of truth for the biotech. While I don't have a crystal ball to predict the outcome of this particular clinical trial, the fact of the matter is that Sage's stock could very well crash if its lead product candidate misses the mark later this year. Unfortunately, that's a common theme among clinical-stage biotechs in general, and a big reason why I generally avoid these types of ultra-risky stocks.

What Happened to Sage Therapeutics Stock?
356%