The Japanese electronics giant will arrive a bit later to the VR party than some of its rivals, but it has a few advantages that they'll lack.

Electronics giant Sony (SONY -0.77%) was the hit of last week's Game Developers Conference 2016 in San Francisco after it took the wraps off its much-anticipated virtual reality solution, the PlayStation VR. The VR market is becoming crowded with a host of big-time players vying for what is expected to be a huge market in the coming years, so it would be easy to discount Sony's efforts  when compared to Facebook's (META 0.94%) soon-to-be-shipped Oculus Rift virtual reality headset, or HTC's Vive.

But Sony is taking a slightly different tack with its VR solution. Rather than creating a standalone headset ala the Rift or Vive, the gaming behemoth intends to focus on its millions of existing PlayStation console owners. Sounds like a good plan, given there are already 37 million plus PlayStation 4 units in gamer's homes. But thanks to a partnership between Facebook and Sony's primary gaming console competitor, Microsoft (MSFT 1.28%), its new VR solution still faces an uphill battle. 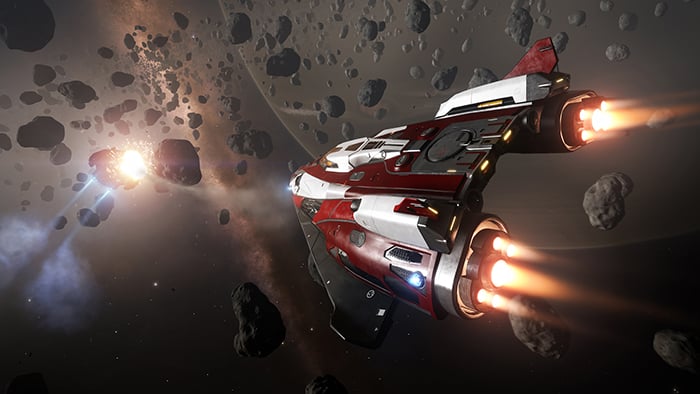 Let the games begin
Sony's soon-to-be released PlayStation VR has one feature in its favor where it beats the two other big boys on the VR block: price. The Rift headset, scheduled to begin shipping later this month, will cost gamers a hefty $599 (not mentioning the price of the high-end computer they'll need to connect it to). But even Rift is "cheap" compared to HTC's Vive which will set consumers back a whopping $799.

At $499, Sony's "Launch Bundle" comes with everything a PlayStation 4 owner will need to exit reality for a while. For the cost conscious, Sony also offers a "core bundle" that includes the VR headset, cables to plug it into the gaming console, headphones, and a demo disc for $399. The additional $100 for the complete VR package tosses in a PS camera, motion controllers, and a VR game called "Worlds."

Sony began taking pre-orders for its launch bundle Tuesday, and it's scaled-down VR offering becomes available next week. Unfortunately for Sony, though gamers can order a PlayStation VR now, they'll need to wait until October before shipments begin. With Rift just about to hit the virtual streets, and HTC's Vive scheduled to begin shipping early next month, those who wait for Sony's entry will face about a six-month lag time.

What's at stake
By most accounts, 2016 will be a so-so year for VR as consumers slowly begin climbing aboard. Still, market estimates suggest there will be several billion dollars at stake this year. But 2017 will be an entirely different story, with the VR market expected to surpass $15 billion in revenue, and double to about $30 billion by 2020.

In the VR wars to come, one factor is likely to work against Rift and Vive: computer system requirements. Though Oculus and HTC will both be available long before Sony's PlayStation VR, both require a level of computing power most consumers' current machine won't be able to provide. One study estimates that a mere 13 million PCs have the graphics power to support a Rift or a Vive. That's equal to less than 1% of the world's 1.43 billion PCs.

This computing power deficit is one reason pundits expect that Sony's PlayStation VR and mobile solutions like the Oculus-developed Gear from Samsung will be the early VR leaders. That makes Rift's deal with Microsoft a possible game-changer, and could give Facebook an early advantage over Sony and HTC.

It took some folks by surprise when Facebook announced it had inked a deal with Microsoft to include an Xbox One wireless controller with each Rift. But considering the concerns about the computing requirements of the Rift as a standalone device, both Facebook and Microsoft stand to benefit.

The Xbox One's popularity certainly hasn't matched that of Sony's PlayStation, but with an estimated 18 million units in consumer's hands, it still represents a big opportunity for the Rift to gain an upper hand in what is sure to be a hard fought battle for VR supremacy. At $800, Vive may have priced itself out of the running before the battle even begins.

That leaves Rift and PlayStation VR as the favorites. Rift's early introduction and alignment with Microsoft give it a leg up, but don't discount the power of Sony's existing 37 million PlayStation owners.