The market is worried about the threat to the package delivery firms coming from online retailers expanding their cargo networks.

First it was Amazon.com (AMZN 4.11%) drones that were set to destroy the businesses of FedEx Corporation (FDX 5.62%) and United Parcel Service, Inc (UPS 1.88%). Now it's the online retailer's expansion of its air-cargo network. It all sounds dramatic, but in reality Amazon's moves don't present a significant threat to the two mega-logistics players. Here are five reasons why. 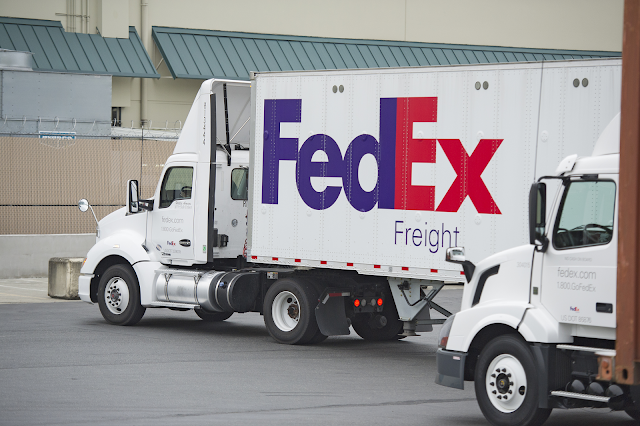 1. Amazon's primary focus isn't package delivery
The online retailer's business revolves around maximizing the life-time-value (LTV) of a customer. In other words, acquire a customer, service his orders, and retain his business while encouraging and facilitating more orders. Meanwhile, the package delivery firms are trying to maximize profitability of deliveries, whether they come from Amazon or not.

Obviously, Amazon would like to reduce shipping costs -- not least because it helps retain customers by remaining price competitive -- by building out its own network, something that could hurt profitability at UPS and FedEx. However, it's only a part of Amazon's operations, not its primary focus.

For example, in FedEx's recent earnings call, CEO Fred Smith spoke of the "extraordinary growth of oversized shipments" and announced a surcharge for longer packages.  Clearly, Smith is trying to maximize profitability for FedEx. However, Amazon may view delivering the occasional oversized package for customers as a positive move for retaining customers and maximizing LTV, so it will develop its network to deliver the package itself. Everyone is happy.

2. Amazon expansion plans aren't going to directly compete
Speaking on the earnings call, FedEx's Mike Glenn claimed he was aware of "Amazon's need for supplemental capacity related to inventory management, which is driving some of the investments they are making in transportation" -- it's not about servicing other companies, but rather an Amazon-focused initiative.

Later, Glenn characterized Amazon's strategy as getting closer to the end consumer from its distribution centers. This strategy involves local same-day delivery -- a market that Glenn claims FedEx doesn't compete with on a "day to day basis."

3. Ecommerce deliveries now about profitability, not just volume
UPS and FedEx are actually taking pricing measures to maximize profitability of e-commerce deliveries, rather than purely chasing the kind of volume growth that Amazon needs in its business. For example, both package delivery firms adopted dimensional weight pricing (packages measured by volume as well as weight) on a wide-scale basis last year.

The point is the e-commerce market -- and Amazon is just a part of it -- is growing enough so that FedEx and UPS can use pricing mechanisms to maximize profitability. There is no need for a mad and desperate dash for volume, and Amazon growing its delivery facility isn't necessarily taking business from UPS and FedEx. It's not a zero sum game.

4. Amazon's big, but not that big
It's hard to work out UPS's direct exposure to Amazon, but FedEx's Glenn disclosed that its largest customer doesn't generate more than 3% of its total revenue. In other words, despite the hoopla, the impact of Amazon's network expansion isn't going to have a dramatic effect on FedEx's sales -- even in the worst case scenario. Moreover, UPS, FedEx and the U.S. Postal Service (USPS) are still likely to be integral parts of Amazon's e-commerce delivery for years to come.

5. It takes huge resources to build a global network
Building on the parts developed above, it's clear that UPS and FedEx possess global networks that operate with significant economies of scale and decades of experiential learning. It's simply not feasible for Amazon to want or be able to replicate such a network.

Indeed, FedEx's Smith talked of "fantastical" reports and articles which misunderstood the core message that he, and UPS CEO David Abney, would like readers to know -- the key to package delivery is "network density and revenue per delivery."

For example, UPS SurePost and FedEx SmartPost both use the USPS for last mile deliveries -- the latter has strong network density at the residential housing level. Similarly, FedEx's and UPS's global networks give it a huge advantage in the package delivery market, and Amazon isn't going to build that out anytime soon.