Please ensure Javascript is enabled for purposes of website accessibility
Log In Help Join The Motley Fool
Free Article Join Over 1 Million Premium Members And Get More In-Depth Stock Guidance and Research
By Steve Symington - Apr 1, 2016 at 11:16AM

The entertainment patent company was forced to file a new infringement lawsuit. 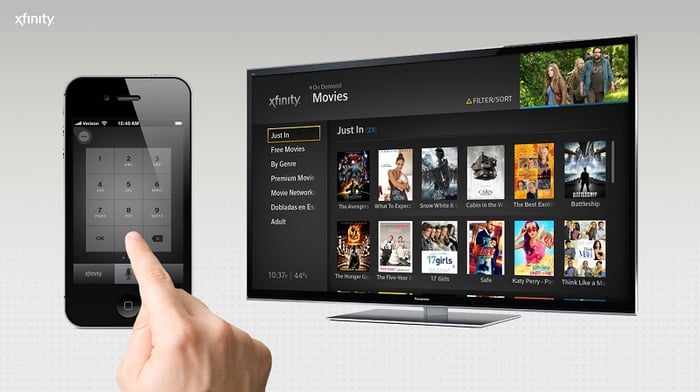 What: Shares of Rovi Corporation (NASDAQ: ROVI) dropped as much as 13.9% early Friday after the personalized entertainment IP company agreed to a litigation standstill with DISH Network (DISH 2.45%) and EchoStar (SATS 1.61%), but it also unveiled a new patent infringement lawsuit against Comcast (CMCSA 2.68%).

So what: Regarding the former, Rovi, DISH, and EchoStar have agreed not to pursue litigation against each other to allow discussions to continue surrounding the possible extensions of their respective license agreements. Recall just under one year ago, Rovi shares climbed after it announced its natural-language spoken-voice interfaces would be integrated into a "portfolio of products" from DISH "throughout 2015." Rovi's patent license agreement with EchoStar is still technically valid through April 5, 2016.

At the same time, however, when Rovi announced strong fourth-quarter results in February, on the heels of new agreements with both Sony (SONY -0.11%) and AT&T (T 1.67%), investors were particularly anxious to see it continue that momentum through a potential renewal with Comcast. Despite Rovi's "numerous attempts at negotiations," Rovi says, Comcast has continued to use Rovi's intellectual property following the expiration of its fixed-term patent license agreement.

Now what: As it stands, Rovi is asserting patent infringement by Comcast and its set-top box suppliers for 14 U.S. patents that deliver key features, including the way Comcast implements remote recording, AnyRoom DVR, and X1 search.

To be fair, Rovi reiterated its financial estimates for 2016, which anticipated possible litigation with Comcast and excluded any licensing or ad revenues from Comcast after March 31, 2016. But it's also hard to blame Rovi investors for being disappointed that their company couldn't come to terms with such a significant client.

Given the risk, even though Comcast might be able to successfully avoid paying Rovi for its IP treasure trove when all is said and done, it's no surprise Rovi stock is plunging today.