Please ensure Javascript is enabled for purposes of website accessibility
Log In Help Join The Motley Fool
Free Article Join Over 1 Million Premium Members And Get More In-Depth Stock Guidance and Research
By Leo Sun - Apr 2, 2016 at 6:40AM

The House of Mouse’s new Chinese park could juice its theme park revenues.

Disney's (DIS -0.70%) Shanghai Disneyland Resort won't open until June 16, but first-day tickets were sold out within a few hours of becoming available at midnight on March 28. Rooms at the resort's two on-site hotels, the Toy Story Hotel and the Shanghai Disneyland Hotel, were also fully booked for the first two weeks. That pent-up demand indicates that the new park could soon become a major growth engine for the House of Mouse's massive theme park business. 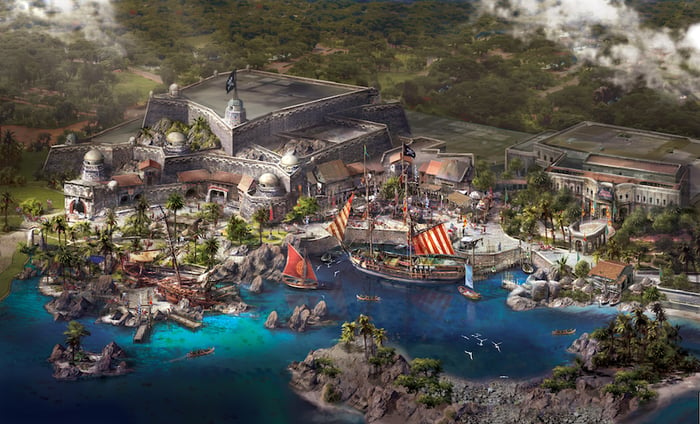 Shanghai Disneyland by the numbers
Disney COO Tom Staggs believes that the new park will mainly attract visitors from the 330 million "income qualified" people who live within a three-hour car or train trip from Shanghai. Off-peak tickets cost 370 yuan ($57), while peak tickets cost up to 499 yuan ($77) for the park's first two weeks, all weekends, and the summer months of July and August. Those off-peak tickets notably cost about 20% less than comparable tickets at Hong Kong Disneyland, which is only a third the size of the Shanghai park.

Disney hasn't issued long-term sales projections for the new park, but Chang Jiang Securities analyst Li Jin recently estimated that the park will generate 24 billion to 40 billion yuan ($3.7 billion to $6.2 billion) in sales per year, from up to 50 million annual visitors. However, Disney will split sales with its joint venture partner Shanghai Shendi Group, which owns a 57% stake in the park. 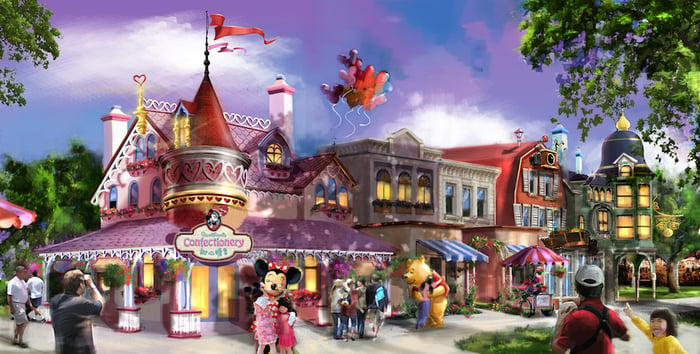 Shanghai Disneyland might offset other problems
The growth of Shanghai Disneyland could help Disney offset its weakness in cable broadcasting, where cord-cutters have gradually reduced its subscriber numbers. Between the end of 2014 and 2015, its number of ESPN subscribers dipped from 95 million to 92 million. The Disney Channels, ABC Family/Freeform, and A&E all posted similar declines.

Last quarter, Disney's Media Networks revenue rose 8% annually and accounted for 42% of its top line. But the unit's operating income, which accounted for a third of its bottom line, fell 6%. Disney blamed that decline on lower profits from ESPN and its stake in A&E, which was only partially offset by growth from the domestic Disney Channels. The problems at ESPN have worried investors for two reasons: live sports had previously been considered immune to cord-cutting, and the cost of securing sports rights has risen dramatically over the past few years.

Bears claim that Disney's Media Networks business will struggle, causing companywide sales and earnings growth to stagnate or decline. However, that thesis ignores the notion that new theme parks and movie franchises might offset the softness of its media business.

But Disney shouldn't get too comfortable
Shanghai Disneyland could be a huge revenue driver this year, but investors should remember that other companies are eyeing the same growing market of middle-class Chinese consumers. Chinese conglomerate Wanda Group plans to spend over $32 billion on new theme parks and entertainment facilities by 2020 to boost its massive real estate footprint across China.

Comcast's (CMCSA -0.02%) NBCUniversal also plans to open a new Universal Studios theme park in Beijing by 2019. Based on the strong performance of its park in Japan, which hosted 12.7 million visitors during its last fiscal year, the new park could also enjoy success in China.

There's likely enough room for all these parks to co-exist without being direct competitors, but they indicate that the theme park market in China is just starting to heat up. Therefore, investors should consider robust ticket sales to be a positive development for Disney, but remember that it's not a magic bullet for fixing its cord-cutting issues.