Between Tesla's Thursday event and Musk's ongoing storm of tweets following the Model 3's unveil, here are some important tidbits about the vehicle you don't want to miss.

Investors are still digesting the implications electric-car maker Tesla Motors' (TSLA 7.33%) newest vehicle, Model 3. Garnering 276,000 deposit-backed reservations within just a few days of its unveiling on Thursday night, the vehicle is obviously resonating with customers. As investors are still trying to capture what the vehicle means for Tesla's business, here are some new, useful quotes from Tesla CEO Elon Musk to mull over.

Model 3 is loaded with value
As promised, Tesla's Model 3 has a starting price of $35,000. While half the starting price of its Model S sedan, Musk asserted during the unveil event that the company wouldn't skimp on features with the car.

While the company has yet to show the final production version of the vehicle, or detail the vehicle's "part 2" unveiling (which Musk says will be "super next level," there's already surprising value packed into the car. 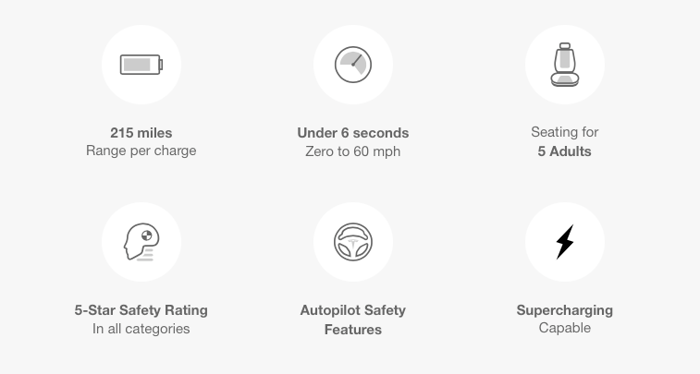 A spaceship-like steering system
In an impromptu back-and-forth between Musk and fans on Twitter, the CEO made it clear that the final version of Model 3 will be a significant step up from what was shown on Thursday night. One area in particular that will see a big improvement is the steering system, he said.

"Wait until you see the real steering controls and system for the 3," Musk said on Twitter when one user offered suggestions to improve the steering wheel and stick functions. "It feels like a spaceship."

Demand is beyond management's expectations
When asked two days after the vehicle's unveiling how many Model 3 reservations Musk had expected, Musk admitted on Twitter he didn't expect figures this high.

Tesla is accelerating production plans
Tesla always expected Model 3 would expand the company's market. Management had been targeting total Tesla vehicle production and deliveries to grow from an estimated 80,000 to 90,000 this year to 500,000 annually by 2020. But the huge response for Model 3 has Musk looking for ways to ramp-up production even faster.

This could mean Tesla looks to raise extra capital through equity or debt to accelerate plans and capture the higher-than-expected demand for its vehicles.

Until the company actually begins delivering Model 3, investors may want to look to any commentary from management on the company's production plans for Model 3 to begin piecing together what sort of production ramp-up can be expected.

Meanwhile, the huge level of interest in Model 3 is an excellent indicator that there's a considerable market for the vehicle.

Editor's note: A previous version of this article stated that Supercharging for Model 3 will be free. However, Tesla has only articulated that the hardware required for Supercharging will come standard; it's not yet clear whether access to the network will be free or not. The Fool regrets the error.