Here's why Occidental is a great long-term investment.

It's hard to reach a consensus in the energy market these days. Some analysts think oil prices will remain low for a long time because of the advances in shale technology. Other analysts think the current oversupply is exaggerated and crude prices are at risk for a spike given the lack of investment and spare capacity. The market has oscillated between both camps over the past few months, giving credence to both cases.

While analysts may disagree on energy prices, one thing that most analysts do agree on is that Occidental Petroleum (OXY 0.83%) is one of the few energy companies that can afford to raise its dividend for 2016. The company has the perfect combination of financial strength and great assets to sustain itself. Let's take a closer look at the company and its future prospects.

Rock-solid balance sheet
Unlike other independents, Occidental has a strong balance sheet. The company has $4.4 billion of cash on hand, an "A" credit rating, and hundreds of millions of dollars of cash coming its way from a lawsuit settlement with Ecuador. Occidental has little debt, with a debt-to-capitalization ratio of 0.25 and the capacity to borrow at low costs if needed. The company's cash flows are helped by the start of the major Al Hosn gas project in the United Arab Emirates last year, which added 30,000 barrels of natural gas liquids and condensate production per day, as well as 180 million cubic feet of natural gas production per day. Because it has strong finances, Occidental can pay its dividend, sustain its production, and survive $30-per-barrel crude prices for several years if prices fail to rebound. 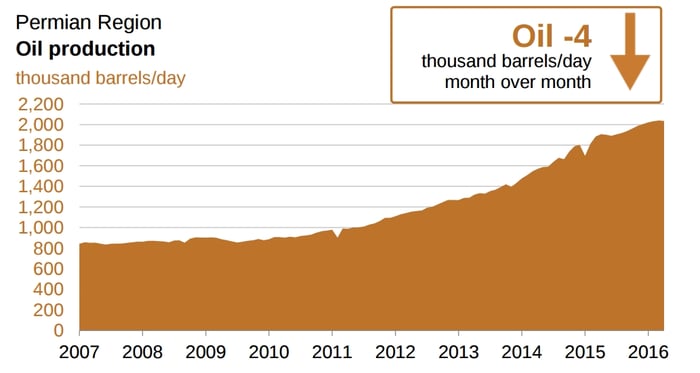 What the future holds for Occidental
As an independent, the company will have a stock whose price depends on crude prices, and fundamentals in that area have shown signs of improvement. Because crude prices have been low, U.S. oil production has fallen by by 600,000 barrels from its peak and is now declining at a rate of 100,000 barrels a day per month. Because of the severe strain low prices have put on their budgets, Russia, Saudi Arabia, and several major OPEC countries are expected to meet in Doha on April 17 to discuss a potential production "freeze." Meanwhile, analysts believe crude demand will rise 1.1 million per day for 2016. If current trends and estimates hold, supply and demand could balance by early 2017, and crude prices could rally to $60 per barrel or higher at that time.

If prices rally to $60 per barrel, Occidental will be free cash flow-positive and able to sustain its dividend indefinitely without having to borrow or sell non-core assets. If prices rally higher, Occidental could ramp up its capital expenditures in the Permian and will grow production faster.