Earnings were better than expected, but the company isn't out of the woods yet. 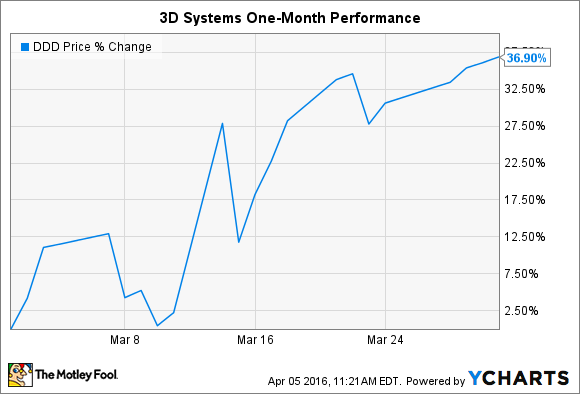 Now what: Although 3D Systems beat Wall Street expectations, the company does not appear to be out of the woods yet. Management is in the process of conducting a comprehensive review of its entire business, and it expects continued softness in customer demand to persist. Until there's more clarity about industry demand and progress of 3D Systems' restructuring efforts, investors are probably in for more volatility.