Traders are bidding up shares in anticipation of an FDA approval. 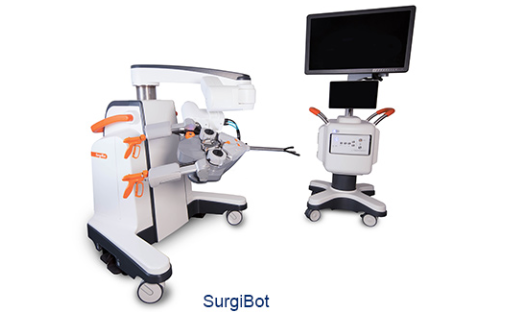 What: Shares of TransEnterix (ASXC 6.21%), a small-cap medical device company that is focused on robotic surgery, rose more than 13% as of 11:30 a.m. ET today on exceptionally heavy trading volume.

So what: Once again, there doesn't appear to be any news that could help to explain the huge share price gain so it's likely that the stock is moving in anticipation of hearing good news from the Food and Drug Administration about its pending approval of the company's SurgiBot system.

Previously, TransEnterix believed that it would have a decision in hand by March, but a few weeks ago, management let investors know that the new FDA timetable called for a decision to be made by "mid-April." Shareholders have largely shrugged off the news of the delay as shares have continued to roar higher since the announcement was made.

Now what: Shares of TransEnterix have been on a huge tear so far this year, and they are currently up more than 136% year to date. 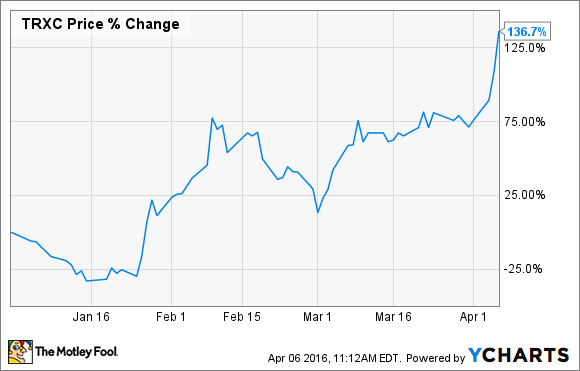 Regardless of the reason for today's price action, TransEnterix is in an intriguing position right now. The company's SurgiBot system promises to have a much lower up-front cost than that of industry goliath Intuitive Surgical (ISRG 0.32%), as well as a handful of other clinical advantages. Combine those factors together and it could allow the company to win over a decent number of hospital systems that have so far been unable -- or unwilling -- to pay up for Intuitive Surgical's da Vinci system.

However, that doesn't make TransEnterix's stock a slam-dunk investment, especially after its recent run. After all, the company lost more than $50 million last year and it's likely that its expenses will increase substantially over time as it invests to build out its commercial team to compete with Intuitive Surgical. That won't be cheap or easy as Intuitive employs a small army of sales reps and clinicians and rakes in billions in annual sales each year, so you can bet they will fight tooth and nail to defend their market share.

TransEnterix reported having $47.1 million in cash on their books as of February 29, 2016, which they believed would be enough to fund the company through the end of the year. That likely indicates that the company will be tapping the equity markets sometime soon to bulk up their cash supply.

Considering what has been happening with the company's share price recently, that probably isn't such a bad move, but until we know more about the FDA approval, I'm content to watch this story play out from the sidelines.