Please ensure Javascript is enabled for purposes of website accessibility
Log In Help Join The Motley Fool
Free Article Join Over 1 Million Premium Members And Get More In-Depth Stock Guidance and Research
By Rick Munarriz - Apr 7, 2016 at 9:08AM 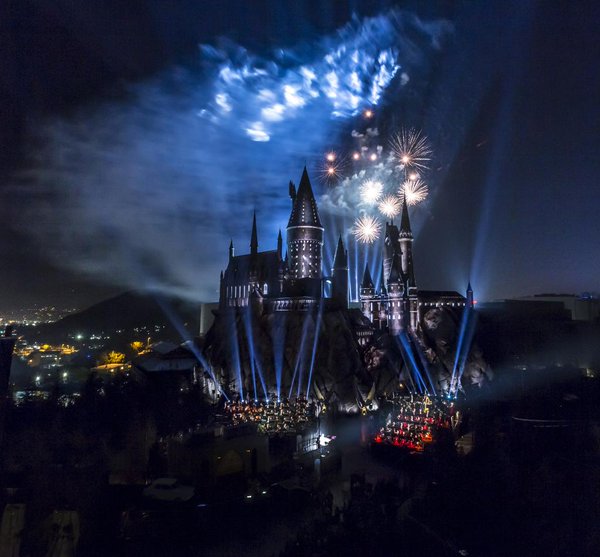 Today is going to be a big day for Comcast (CMCSA -0.49%) (NASDAQ: CMCSK). The Wizarding World of Harry Potter opens at its Universal Studios Hollywood theme park, and if it does anything remotely close to what it has to Comcast's Florida parks, it's going to be something special.

Universal Studios Hollywood announced earlier this week that online tickets for Thursday's opening were sold out, the first time that this has happened in the park's history.

The expansion is similar to the Hogsmeade addition to Universal's Islands of Adventure in Florida that opened in 2009, though the flagship Harry Potter and the Forbidden Journey ride is being enhanced with 3D effects that aren't available at the original attraction.

It's going to be a big draw, and with Disney (DIS -4.36%) battling Comcast on both coasts for theme park supremacy, today's opening can't be ignored by the Mickey Mouse company. It saw what happened to attendance in Florida when Comcast opened the initial phase of The Wizarding World of Harry Potter in 2009 and expanded to the adjacent Universal Studios Florida in 2014.

Disney World's growth over those five years is a sliver of of the surge in popularity that Universal Orlando has experienced. One can only imagine what will happen to the turnstile clicks at Universal Studios Hollywood now, but it's not as if it was doing too shabby before today's wizard-fueled addition. The park has seen its traffic grow 58% to 6.3 million over those same five years, beating out the advances at Disneyland and Disney's California Adventure. The growth spurt at Disney's California Adventure has been a robust 45% as a result of its Cars Land addition, but the original Disneyland park next door only saw its attendance rise at a 5% clip.

The moral of the story is that if you invest in ambitious expansion -- something that all three of Comcast's domestic parks have done as well as Disney's California Adventure and, to a lesser extent, Disney World's Magic Kingdom with its New Fantasyland push -- the public responds. That makes today's opening a game changer for a company that was already seeing its three stateside gated attractions rolling.

With Comcast recently raising admission prices for Universal Studios Hollywood -- hot on the heels of its sister resort in Florida and Disney on both coasts -- there's a lot of money waiting to be made for the theme parks that draw well this summer. Comcast seems to be getting it right, and that's not bad for what Hogwarts wizards would call mere muggles.

Why Dole Stock Dropped 12% at the Open Today