Please ensure Javascript is enabled for purposes of website accessibility
Log In Help Join The Motley Fool
Free Article Join Over 1 Million Premium Members And Get More In-Depth Stock Guidance and Research
By Daniel B. Kline - Apr 15, 2016 at 3:00PM

It's a question that would have been silly not very long ago, but now it's at least worth considering.

For a while, it seemed the retail world would no longer have J.C. Penney (JCPN.Q) as a player.

The company was pushed to the brink of extinction, partly by online retailers led by Amazon.com (AMZN -0.03%), and partly by the over-reaches of its former CEO, Ron Johnson. But the return of former leader Myron Ullman, who has since handed the job off to new CEO Marvin Ellison, has at least renewed stability, if not brought about a revival. The two returned the company from the edge of disaster and have even positioned it for growth going forward.

That's impressive work and should give shareholders confidence that the venerable brand may yet play a part in modern retail. But as far as the company has come, is it possible that it has become a better stock buy than Amazon?

That would have seemed absurd not so long ago, but now it's at least worth examining. 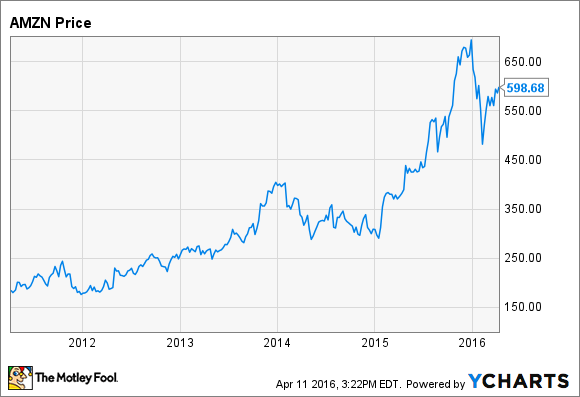 Stability versus growth
You can't make a case that J.C. Penney will somehow become a growth story. The company might innovate within the brick-and-mortar retail space, but it's not going to do anything majorly transformative. That's a downside if you hope for massive sales gains, but it's actually a much less risky strategy.

Amazon, on the other hand, makes huge tech bets, and that sometimes causes negative earnings, which can pull its share price down. The online retailer has a strong track record, with its cloud service business and Prime video being expensive investments that paid off, but it's not without its failures.

The company had some small stumbles with Amazon Local, its daily-deals product, and big ones such as the Fire Phone. Going forward, while J.C. Penney takes a slow and steady approach to changing its retail approach, Amazon could in theory see multiple big projects flame out all at once. 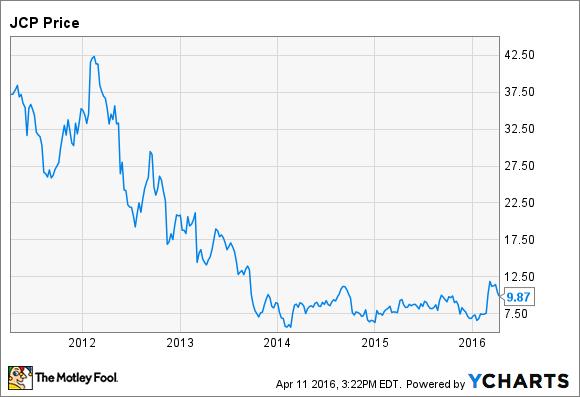 You're buying cheap
Part of being a better buy is offering value. Nobody would argue that J.C. Penney will make more money than Amazon or that it's going to be bigger than the online giant. But while Amazon stock has been flying high, J.C. Penney has been beaten down for years.

Even though the company has clearly begun a turnaround, its stock is still historically cheap, because perhaps the investing public still has its doubts.

It shouldn't. The company saw same-store sales increase 4.1% in Q and 4.5% for the entire year. It also reported full-year adjusted EBITDA of $715 million, a $435 million increase.

Those numbers might be a trivial number compared with Amazon, which had net sales of $107 billion in 2015, but it's still a sign that J.C. Penney has the arrow pointed in the right direction. If you buy J.C. Penney shares instead of Amazon, you're accepting the premise that the online retailer may have trouble generating growth or that it could stumble badly.

Which is a better buy?
Though J.C. Penney has gone from nearly dead to on the right track, it's only a better buy than Amazon if you believe the online retailer will make big mistakes. It's hard to see that happening. It's also difficult to expect clear sailing for J.C. Penney, which has good management and a plan but still has to deal with the fact that physical retail is a very challenging business.

J.C. Penney is not a bad buy, but Amazon -- with its loyal members, incredible shipping network, and growing cloud business, is a better one. However, the J.C. Penney team deserves credit for rescuing the brand, and it will be interesting to see what it can do now that the specter of death no longer shadows over the company.