Expectations are high -- no doubt. Can the streaming-video giant continue to delight investors as it burns huge sums of cash?

On Monday April 18, Netflix (NFLX 2.90%) will report first-quarter results. Here are some items and narratives I'll be watching when the numbers go live after market close.

Analyst estimates
Before I get into the specific metrics I'll be most interested in, here's what analysts, on average, are expecting.

Analysts expectations for the quarter highlight the company's current situation: While Netflix continues to grow rapidly, its initiatives to ramp up expensive, original content, and to aggressively expand to new international markets, are hurting profitability.

Over the long haul, of course, Netflix management believes its heavy investing in growth initiatives today will pay off in future profits.

Members
The company's growth in total members during 2015 was significant. Just a few hours after the its fourth quarter ended, Netflix's member count crossed 75 million -- a huge jump from its 57 million streaming members at the beginning of the year. Notably, about 5.6 million of these members were added during the last quarter of the year. 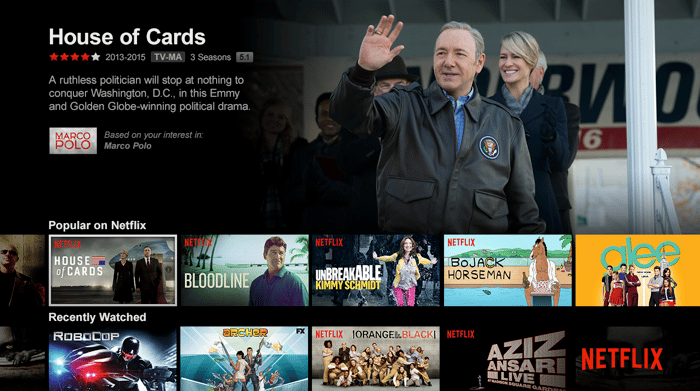 For Netflix's first quarter, the company expects more rapid growth. Indeed, management anticipates during Q1 it will add more new streaming members than ever before in a single quarter -- 6.1 million to be exact.

Revenue growth
With Netflix expecting record net member additions, it's no surprise analysts are predicting the company can grow its revenue an impressive 25%, year over year, or 8% sequentially.

Management is hoping its aggressive international expansion in January will bolster growth. Netlfix is forecasting its international revenue for Q1 will leap 57% compared to the year-ago quarter's revenue.

Cash flow outlook
Burning $276 million in Q4, and nearly $1 billion total in 2015, Netflix's expensive investments in original content and international expansion continue to weigh on results. Fortunately, investors are displaying patience with these expensive investments, continuing to value shares in anticipation of huge growth in profits over the long haul.

But investor optimism won't solve the company's cash burn issue. At the rate Netlix is burning cash, it would be worthwhile for investors to check in on any commentary from management on its expected cash burn for the rest of the year. Even more, perhaps management will provide more specifics about its plans to raise additional debt.

"Given our expected cash needs, we are likely to raise additional debt in late 2016 or early 2017," Netflix said in its fourth-quarter letter to shareholders. But with the company now further into 2016, more useful details on its plans to raise cash would be nice.

Investors can find a copy of Netflix's first-quarter shareholder letter shortly after market close on Monday. Will the streaming-video giant continue to live up to its $47 billion market capitalization?