Apple's iPad sales haven't kept pace with once-gaudy expectations, but what does that actually tell us?

Earlier this month, Apple's (AAPL 0.21%) iPad officially turned 6. Usually, when you think of a sixth birthday of a product, it should come at a time of incredible growth. However, as its turns 6, Apple's iPad business finds itself mired in a period of stagnation, if not outright decline.

Once billed as the next-great pillar of Apple's consumer-electronics empire, it's probably safe to say that the iPad hasn't lived up to its once-lofty expectations. Perhaps more relevant to investors today are two questions: What happened, and what does the future hold for Apple's famous tablet?

Rise and fall of Apple's iPad
The press release noting the debut of the iPad, which officially went on sale April 3, 2010, simply oozed classic Apple marketing. "iPad is something completely new," said Steve Jobs, Apple's CEO at the time. "We're excited for customers to get their hands on this magical and revolutionary product and connect with their apps and content in a more intimate, intuitive and fun way than ever before." Though debatably over the top language, Apple indisputably had a winner on its hands as consumers snapped up new iPads at historic rates.

iPad sales surpassed the 1 million mark in a record-setting 28 days, and 2 million in less than 60 days, both well ahead of the company record set by the iPhone. As of the most-recent tally, Apple has sold more than 300 million iPads, and unlike the iPhone, Apple's tablet has consistently remained the most-popular tablet in the world since it launched. However, for all its success, important shifts also began to eat away at Apple's tablet business.

Most notably, Apple's 2014 decision to increase the screen size of its more-profitable iPhone likely ate into Apple's tablet shipments, especially in the case of the smaller 7.9-inch iPad Mini. Also, relatively few iPads are purchased with cellular capabilities, which always prevented the iPad from enjoying the same carrier-subsidy model that has helped support smartphone-buying cycles for some time.

The gradual evolution of the laptop has also likely contributed to the more-recent pullback in iPad sales. More to the point, the distinction between the two has increasingly blurred with the rise in so-called detachable laptops and keyboard-enabled tablets like Apple's own 12.9-inch iPad Pro, or Microsoft's Surface suite of tablets. In its most recent Q1, Apple sold 16 million iPads, down 25% from the year-ago quarter. 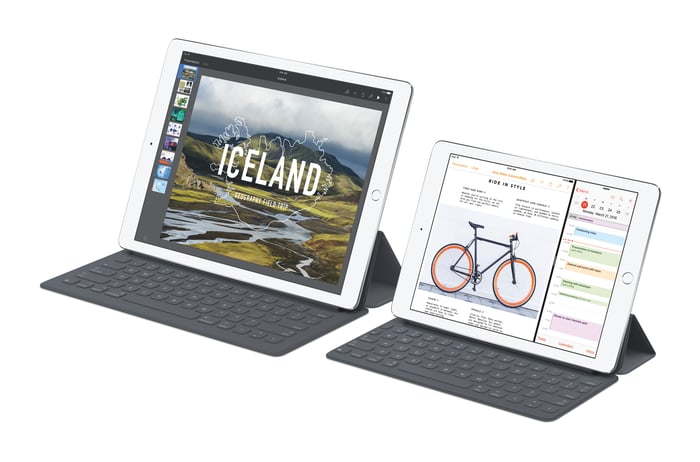 A failure in only one way
Even after the iPad's recent year-over-year sales declines, it's impossible to view it as anything other than a resounding success for Apple and its investors. Though less profitable than the iPhone, the iPad has nonetheless generated billions in profits for the company. What's more, Apple's management continues to signal its bullishness on the form factor, and Apple's place in the tablet market.

In fact, the only way someone can justifiably argue the iPad has proven to be a letdown is relative to the once-lofty expectations from analysts and research firms. As was noted by Re/code, well-respected market analysis firms like Gartner predicted in the early phase of the tablet market that the market would sell more than 300 million devices annually, appreciably higher than the 206 million that actually shipped last year according to IDC. However, any fair assessment of these expectations should, in hindsight, admit they were perhaps a bit lofty.

Going forward, the major trends influencing the tablet market will likely remain firmly in place, particularly the continued merging of the tablet and laptop form factor. As one of the strongest players in either market, Apple's place as a leader in this ongoing evolution is all but assured. However, predicting what Apple's tablet business will look like even into the medium term -- say five years -- is by no means clear.

Either way, as it settles into what appears to be a rapidly maturing market, Apple's iPad, despite recent sales declines, remains anything but a failure for the world's largest tech company. After all, not every product can be as successful as the iPhone.