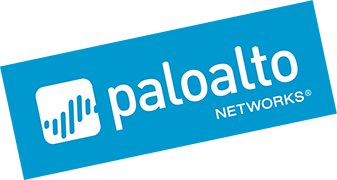 For its fiscal second quarter results released in late February, Palo Alto Networks (PANW 4.51%) posted a net loss of $62.5 million, or $0.72 per share. A broader look at the last six months reveals a loss of $93 million, versus a $72.6 million loss for the same six-month period the previous year. Now, those are the official GAAP numbers. Non-GAAP (or adjusted) measures, however, indicate that the company actually turned a profit for each of these periods. So the question becomes, just what is included in the non-GAAP adjustments, and should investors use these figures?

The adjustment game
For the latest quarter, non-GAAP net income for Palo Alto was $36.3 million, or $0.40 per share, a significant swing from the $0.72 loss mentioned above. To reconcile these two numbers, management adjusts for a number of charges, including charges related to share-based compensation, amortization expenses, and taxes.

In looking at each of these items as a percentage of the total adjustments, one thing becomes glaringly obvious: Share-based compensation and taxes account for the majority of the adjustments.

If it looks like a duck and swims like a duck, then it's an expense
To put it simply, share-based compensation comes into play when a company gives employees shares or options to buy stock in the company. For accountants, the expensing of options and stock awards has been the subject of great debate over the past decade, something that even Warren Buffett has weighed in on. The Oracle of Omaha has adamantly fought for these expenses to be included on a company's income statement instead of buried in the footnotes. "If stock options aren't a form of compensation, what are they? If compensation isn't an expense, what is it? And, if expenses shouldn't go into the calculation of earnings, where in the world do they go?" he has been quoted as saying.

In 2004, the Financial Standards Accounting Board made it mandatory that the cost of stock options be included in a company's income statement, which brings us to the situation at hand: Palo Alto meets the FSAB standards by including the options in the GAAP number, but in the non-GAAP figures, this number is excluded. Management notes in its earnings press release that these expenses will be recurring and that they're an "important part of Palo Alto Networks employees' compensation and impacts their performance." In my opinion, this makes the exact case for why the company should not remove that expense when adjusting earnings and why investors should consider these expenses when evaluating the company's performance.

Moving on to other aspects of the GAAP reconciliation, the second largest adjustment regards taxes, which actually reduces the GAAP earnings number by $0.39 per share for the most recent six-month period as you can see above. This change accounts for the income taxes that Palo Alto Networks would have paid on the share-based compensation and other positive adjustments. In other words, excluding expenses results in higher earnings and thus, a bigger tax liability. Given my conclusion that the share-based compensation should remain, this tax adjustment becomes irrelevant.

The remaining adjustments are rather small. For example, the positive gain from non-cash interest expense on convertible notes is fair -- this is more of an accounting technicality that should not affect earnings..

In the wake of contrails
Although Palo Alto Networks management states in the earnings report that the non-GAAP adjustments provide management and investors with "greater visibility into the underlying performance of the company's core business operating results," I would recommend that investors use the GAAP measures when evaluating the company, as the bulk of the adjustments are actually tied to share-based compensation, which Warren Buffett agrees is ultimately an expense.