LinkedIn's efforts to engage an underserved segment demonstrates why the firm's long-term investment thesis remains as compelling as ever.

If the firm's sagging stock price is any indication, times are tough at professional social network LinkedIn (LNKD.DL). 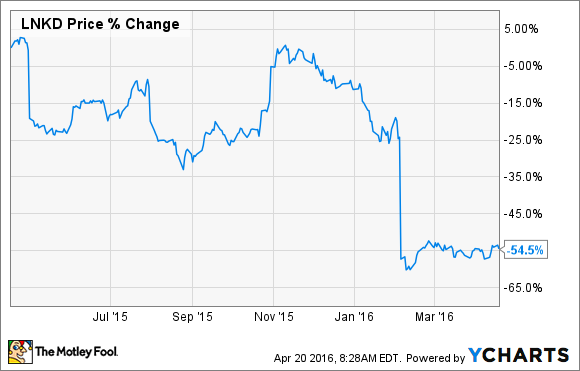 Thankfully, we Fools know that winning investing requires digging beyond the headlines and short-term hysteria of today's 24-hour news cycle. Bigger picture, LinkedIn is arguably one of the more compelling buys in tech as a recent product launch from the firm only reiterates.

Youth movement
Earlier this month, LinkedIn launched a stand-alone app targeting college students transitioning into the start of their professional lives. Though unlikely to garner any awards for creative naming, the firm's LinkedIn Students app remains nonetheless a fantastic idea.

The app enables students to quickly build their own profile and view personalized job postings, which are driven by the hoards of real world job development data LinkedIn owns. Though working professionals can largely perform these same tasks via LinkedIn's desktop site or mobile apps, the simplified functionality of the LinkedIn Students app hopes to make the task of establishing a professional identity and network less daunting for those lacking either.

In an interview with re/code, LinkedIn senior product manager Ada Yu described the app's ideal use case, saying "The number one [complaint] is 'I'm not yet professional. Why should I have a professional network?' That's a really big barrier because it's daunting for them. They don't have that network yet and they don't know what to put on their profile."

Withholding judgment as to how truly daunting a problem that is, LinkedIn clearly has a vested interest in converting professionals into users as early as possible in their working lives. What is beyond dispute is that over 40 million university student have already built LinkedIn profiles, making college-aged users the company's fastest growing age group. What's more, LinkedIn's strategy to integrate key monetization products into LinkedIn Students again speaks to the firm's compelling long-term profit potential.

Just the beginning
Thankfully for its shareholders, LinkedIn seems intent on leveraging LinkedIn Students as a tool to not only help grow its users base, but to also help further its monetization efforts.

At the onset, LinkedIn Students appears to rely on sponsored content to make money. After scrolling past job posting and suggested networking features, users will encountered some kind of sponsored third-party content; one article I read mentioned seeing a sponsored post from J.P. Morgan, for example. While a nice start, this only touches the tip of the iceberg in terms of the possible monetization opportunities LinkedIn Students presents.

According to reports, LinkedIn Students does not integrate content from its Lynda educational and job training video site. Especially considering the massive skills gap in the U.S., providing a company-owned product to help provide any additional training needs among student job seekers seems like a mutually beneficial opportunity for LinkedIn. 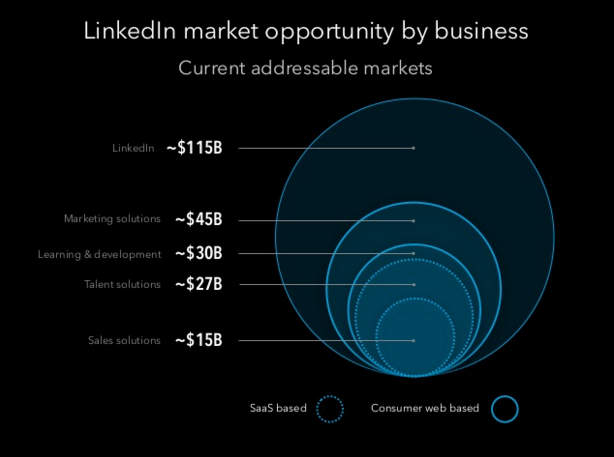 More broadly, LinkedIn's decision to create a tailored experience to what it views as an underserved segment of the job-seeking population speaks to the scope of its financial opportunity. All told, LinkedIn believes its three-pronged business model enjoys a $115 billion opportunity between premium membership, recruiting tools, continuing skills training, and job placement advertising.

With its over 400 million users, LinkedIn sits at the valuable intersection of individual job seekers and companies hungry for talent. Devising a series of products to help both parties meet their goals seems like a sure fire way to make money over the long-term. Case in point, LinkedIn is expected to switch to full-time profitability in its current fiscal year. The market currently prices LinkedIn at 28x its next year's earnings. That's not bargain basement cheap, but it's low enough to prove enticing for investors that believe in the firm's long-term prospects, which LinkedIn students only helps reiterate.