The current bull market in stocks is on the verge of a historic milestone; meanwhile, Saudi Arabia prepares to sell a piece of the crown jewel. 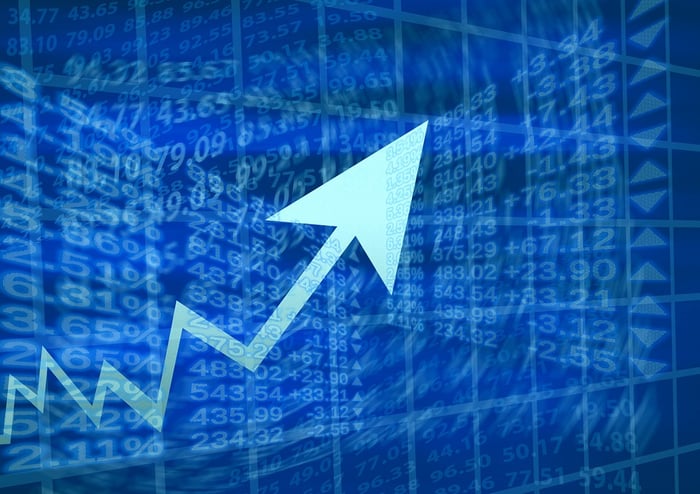 The current bull market is on the verge of a new milestone.

Why a historic week?

2,608 days
That is the duration the current bull market will achieve on Friday, according to Bank of America Merrill Lynch. Unless we experience a bear market this week, this market will surpass the post-war bull market of 1949-1956 (2,607 days).

One glaring commonality between this bull market and the one it will soon surpass: rock-bottom interest rates. The average month-end 10-year Treasury bond yield for the years 1949 through 1956 was 2.67%, based on data collected by Professor Robert Shiller of Yale. The equivalent figure for the period March 2009 through March 2016 is 2.56%.

(That characteristic is not shared with the heavyweight champion of bull markets, that of 1987-2000, which lasted 4,494 days.)

How long can this bull market continue? No one knows the answer to that question, but many "experts" are willing to speculate. The answer may depend on the next figure:

$600 billion
This is the estimated number of gross share buybacks for the S&P 500 in 2016, according to Goldman Sachs' Global Investment Research team. In a note to clients, chief U.S. equity strategist David Kostin writes that "[c]orporate repurchases are the main source of US equity demand. We forecast S&P 500 gross buybacks will rise by 7% to $600 billion in 2016."

That is not insignificant, as Goldman expects U.S. households, foreign investors, and pension funds to be net sellers of U.S. equities. In other words, U.S. corporations are the net buyers setting a floor on their stock prices.

$2 trillion-plus
That's the valuation Saudi Arabia expects to achieve on state-owned oil company Saudi Aramco, on its planned listing of a minority stake of less than 5%. Needless to say, Saudi Aramco's initial public offering would be the largest such transaction in history by a very wide margin. At a $2 trillion valuation, even if Saudi Arabia were to float just 2.5% of the company, the listing would raise $50 billion, twice the amount raised by Chinese e-commerce behemoth Alibaba Group Holding Ltd in 2014.

With the dramatic fall in the price of crude oil, Saudi Arabia's budget surpluses have turned into deficits. In December, the Saudi government said it expected the deficit to fall to 326.2 billion riyals ($87 billion) from 367 riyals in 2015.

The listing is part of Saudi Arabia's so-called Vision 2030, which calls for the country to reduce its dependence on oil. While I applaud this effort, it is long overdue. Furthermore, if Saudi Arabia were to go through with a listing in the near future, it would amount to hocking the family silver in a distressed sale (even if it's only a minority stake).