The first quarter of 2016 proved that the payment and money transfer provider's core strategies of network expansion and acquisitions are yielding tangible results. 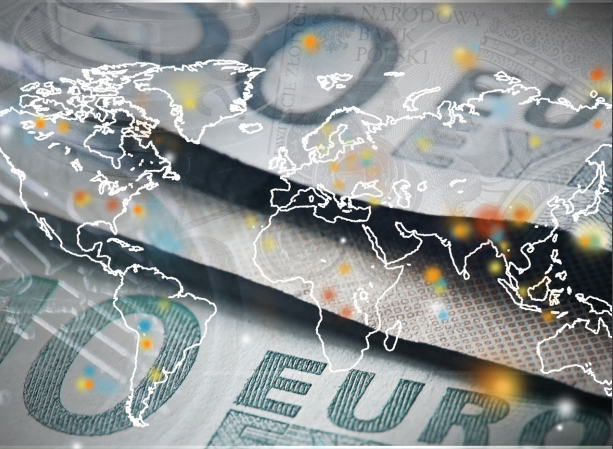 Euronet Worldwide (EEFT -1.69%) reported its fastest top-line increase in four quarters on Wednesday, as the company's first-quarter 2016 revenue climbed 11% against the prior year, to $437.9 million. Net income expanded to $29.1 million, from $7.2 million last year. The leap in net income was due to higher operating income, as well as a foreign currency exchange gain of $2.2 million, versus a $13 million foreign exchange loss in Q1 2015. Euronet's results are usually best viewed through its three major operating segments, so let's do just that, to see where the company has momentum and where it may need to improve.

EFT processing
Once again this quarter, EFT processing held the distinction of being Euronet's smallest but most profitable segment. The EFT business recorded a top-line increase of 16% to $86.6 million. Operating income rose 17% to $13.3 million. Growth derived primarily from a surge in ATM installations. The company added 2,607 lower margin ATMs in India, and in Europe, it installed 531 "high-value" ATMs, as well as reactivating 263 "winterized" high-value ATMs for the tourist season.

Euronet did not name the banking collaborator in its Indian ATM deal but noted that while the first wave of ATMs will bring only marginal income to the company, it anticipates "a future beneficial relationship with the bank." In other words, once it proves itself as a solid transaction partner, Euronet intends to scale its ATM network in India at transaction margins more similar to its installations in other countries.

Epay
Over the last few quarters, the epay segment has underperformed relative to Euronet's overall business. But in an encouraging sign, the segment's $170.1 million in revenue represented only a 3% decline against Q1 2015. Compare this to the last sequential quarter (Q4 2015), in which epay's revenue skidded 14%. Operating income of $15.8 million in the current quarter was essentially flat, which. again, is preferable to significant deterioration.

Epay's business focuses on "top-up" services for mobile airtime contracts and includes a number of other revenue streams, including prepaid debit and credit card products. In the current quarter, non-mobile revenues offset a decline in top-up transactions. Euronet appears to be keen on diversifying this segment to supplement those mobile airtime transactions. New epay opportunities in Q1 2016 included a "gift mall launch" in 500 Shell locations in the U.K., and a digital content distribution deal signed with digital gifting site Cashstar.

Money transfer
Of Euronet's three segments, money transfer enjoyed the most significant growth this quarter. Revenue rose 25% to $181.6 million, and operating income jumped 56% to $13.8 million. The laudable performance was catalyzed by the segment's RIA money transfer business, which continues to benefit from a 2014 deal signed with Wal-Mart to provide competitive money transfer services to the retail giant's customers. In Q1 2016, RIA signed a similar deal with Wal-Mart Chile.

RIA appears to be expanding in every conceivable direction as the market for international remittances itself only gets larger. Management praised RIA's organic growth, as the subsidiary hit double-digit transaction increases in the U.S., Asia-Pacific, and Europe during the first three months of the year.

But money transfer's success is also benefiting from an expansion of its network through acquisitions undertaken over the past two years. These purchases include foreign exchange specialists HiFx and XE, as well as Malaysian money transfer firm IME. Money transfer's network has grown to 310,000 locations as of the end of Q1 2016, a 26% increase from last year's first quarter.

Looking ahead
Euronet Worldwide doesn't issue much in the way of formal quarterly guidance. The company did convey on Wednesday that it expects to earn $0.90 per share on an adjusted basis in the second quarter of 2016, which would represent a healthy 15% increase from the $0.78 adjusted EPS achieved in Q2 2015.

On a more global basis, Euronet's business is the story of two operating segments that are selling into great market demand, and a third which is at best stagnant for the time being. As we move into the next three quarters of the fiscal year, shareholders may want to keep tabs on the epay segment, to see if management can sign additional deals that will bring its performance more in line with its peer segments.