Bargains have become more scarce as the stock market has recovered, but there are still some deals out there.

With the stock market fully recovered from its early 2016 slump, many of the bargains created by that harrowing dive have disappeared. While the pickings are far slimmer now compared with a couple of months ago, there's still value to be found. International Business Machines (IBM 1.86%), Cisco Systems (CSCO 2.25%), and Kohl's Corp. (KSS 6.70%) are all on sale. 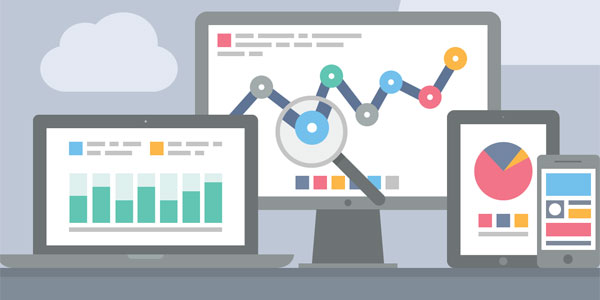 Despite years of falling revenue, IBM still produces a tremendous amount of cash. The company generated $13.1 billion of free cash flow in 2015, and while this number is expected to fall to around $12 billion this year, investors are still getting a great deal. Following a strong surge from February lows, IBM stock trades at about 12 times the company's free cash flow guidance. And after a recent dividend hike, the stock yields an attractive 3.7%.

Ratios and dividends don't matter much if profits keep falling indefinitely. The company has reported year-over-year revenue declines for 16 straight quarters, and non-GAAP EPS slumped in 2015 and will slump again this year. The good news for long-term investors is that a significant portion of these declines have been due to currency and divestitures. The strengthening U.S. dollar wreaked havoc on IBM's international results in 2015, and the sale of various underperforming businesses knocked revenue down further. While IBM reported a 12% revenue decline last year, sales slumped by just 1% adjusted for these items.

The other factor is IBM's ongoing transformation. The company is investing heavily in areas like cloud computing and analytics, and while these investments are driving growth, legacy businesses are shrinking. During 2015, IBM's strategic imperatives, the company's term for its growth businesses, grew by 26% on an adjusted basis, representing 35% of total revenue.

IBM still has a long way to go, and earnings growth may not return as quickly as investors would like. But I think IBM's strategy of focusing on areas where it can truly differentiate itself, providing high-value products and services, will ultimately pay off. And while investors wait, a nice dividend payment comes their way every quarter.

Networking giant Cisco is another inexpensive tech stock, but the company is performing far better than IBM at the moment. After a rough patch in fiscal 2014 led to a revenue decline, the company returned to growth, posting record revenue in fiscal 2015. Cisco remains dominant in its core switching and routing markets, despite the threat of upheaval in recent years from new technologies like software-defined-networking.

In fiscal 2015, Cisco generated $11.3 billion of free cash flow, putting the current market capitalization at about 14 times this number. But Cisco is sitting on a hoard of cash, and if we value that cash fully and back it out, net of debt, this ratio falls to just 9.6. Factor in a nice 3.6% dividend, and Cisco looks like a real bargain.

The switching and routing businesses are growing slowly, but that doesn't mean Cisco can't grow its earnings more rapidly going forward. The company has been increasing its focus on software and services, businesses that Cisco expects to grow by 10%-15% and 4%-7% annually, respectively. And smaller segments, like data center and security, have been growing quickly as well. Cisco expects to be able to grow earnings at a mid-single-digit rate going forward, more than enough growth to make the stock's valuation look overly pessimistic.

Brick-and-mortar retailers, particularly department stores, are facing serious challenges as e-commerce eats up an increasing amount of consumer spending. Department stores heavily tied to malls are facing the additional problem of weak mall traffic. A recent report from Green Street Advisors suggests that department stores would need to close about one-fifth of all anchor space in U.S. malls for the industry to return to the productivity levels of a decade ago.

Kohl's has had its fair share of struggles as of late, with stagnating sales and slumping profits, but the company's strategy of building stores mostly outside of malls may prove prescient. At the end of 2015, only 85 Kohl's stores were located within malls, with the remaining 1,079 stores either freestanding or part of strip centers. During 2015, Kohl's managed to grow comparable-store sales by 0.7%, but earnings per share, excluding one-time charges, slumped 5%.

Despite the drop in profits, Kohl's is still a cash-generating machine. Free cash flow in 2015 totaled $784 million, putting the company's market capitalization at about 11 times this number. Kohl's uses its cash flow to both pay a dividend, which currently yields 4.3%, and for share repurchases. Since the beginning of fiscal 2012, Kohl's has reduced its share count by a whopping 38%.

There is certainly plenty that could go wrong for Kohl's, and the company will need to make up ground in e-commerce going forward. But Kohl's is selling for a low price, and if the company can bring profitability back to historical levels, the stock could go much higher.