Despite progress with its adjusted EBITDA figures, the company still posted a net income loss during the second quarter.

What: Shares of Beazer Homes USA (BZH 4.39%), a top 10 national homebuilder across the United States, plunged 15% yesterday after the company posted its second-quarter results. The stock's decline continued a recent theme, with its price 27% lower year to date and more than 50% lower over the past 12 months.

However, at the end of the day, despite the improvement in adjusted EBITDA, the company still posted a net income of $(1.2) million. To be fair, though, that figure was at least an improvement over last year's second-quarter mark of $(2.0) million.

"Our second quarter results demonstrated our ability to successfully grow EBITDA while reducing leverage. Although uncertainty in the broader economy contributed to an uneven start to the spring selling season, we were encouraged by more consistent new home orders as the quarter progressed," said Allan Merrill, CEO of Beazer Homes, in a press release.

Now what: Looking ahead, Beazer hopes to generate significant EBITDA growth throughout its fiscal year 2016. The company has also fully paid off 2016 notes and retired more than $41 million of debt throughout 2016, but investors might be concerned about the pile of debt coming due in the years ahead. 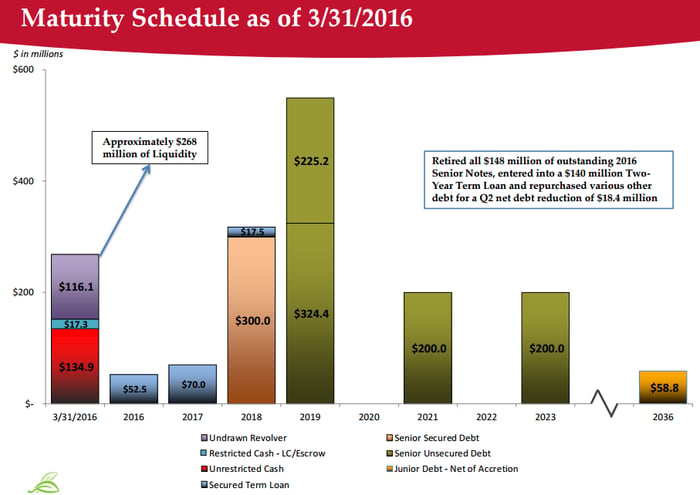 Despite the company's expanding EBITDA year to date, it has a lot of work to do to convince investors it can be sustainably profitable on the net income line, and 2016 is likely to be a bumpy ride for investors willing to stick around.