Please ensure Javascript is enabled for purposes of website accessibility
Log In Help Join The Motley Fool
Free Article Join Over 1 Million Premium Members And Get More In-Depth Stock Guidance and Research
By Asit Sharma - May 3, 2016 at 4:05PM 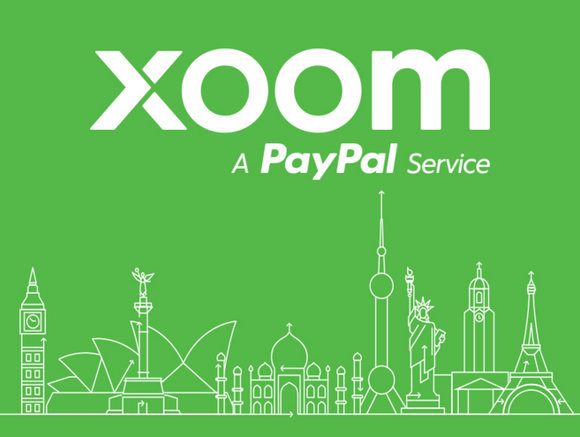 Payment processing leader PayPal's (PYPL 2.23%) first-quarter 2016 results, issued last week, suggest that the company continues to enjoy vigorous growth, despite increasing competition in the payments space. PayPal posted revenue of $2.5 billion, an increase of 19% over Q1 2015. Net income increased 43% to $365 million, and diluted earnings per share rose by a similar magnitude, to $0.30. Below, let's review some highlights from the first three months of the year and discuss the trends and products underlying PayPal's current growth.

Steady progress in key metrics
As I've written recently, PayPal's long-term success hinges on a handful of metrics management watches religiously. PayPal aficionados are certainly familiar with the term  "TPV" (total payments volume), the value of dollar transactions that PayPal facilitates through its platform during a given time frame.

In the first quarter, PayPal's TPV reached $81.1 billion, a 29% gain over the prior year. This marks a slight but not surprising decrease from the $81.5 billion booked in the previous sequential quarter, which included the busy 2015 holiday season.

TPV itself has at least two important components that investors should track from quarter to quarter: active customer accounts, and payment transactions per active accounts. Together, these metrics can greatly impact results. When PayPal increases its customer base steadily, while boosting users' transaction frequency, it has a leveraging effect on payments volume.

During the first quarter, PayPal added 4.5 million new customer accounts, bringing its total active customer base to 184 million. Frequency also rose, as the company recorded 28.4 payment transactions per active account, an increase of 12% versus the prior-year quarter.

Cash flow generation is improving
As has been the case recently, management highlighted the company's strong operational cash flow in the earnings release and accompanying conference call with analysts. PayPal generated $738 million in operating cash flow during the first quarter. After accounting for asset expenditures of $133 million, this netted to $605 million in free cash flow.

The company is producing more operating cash because rising TPV (and thus net revenue) is outpacing PayPal's fixed costs. This is one of the benefits of being in the payments business -- if you can control your overhead and simply process more transactions, the net cash cycling into your bank accounts will accelerate.

PayPal is putting some of these extra dollars in the hands of shareholders. During the first quarter, the company repurchased $596 million of its stock on the open market, as part of an authorization to repurchase an additional $2 billion, announced earlier this year.

Three growth drivers that are taking off
If I had to choose a single data point as the most impressive in PayPal's earnings report, it would have to be the growth rate of PayPal's transactions occurring on mobile devices. Mobile TPV improved at the breakneck rate of 54% during the first three months of the year, to $21 billion.

This scaling up of mobile volume indicates that the company's recently redesigned mobile app, which has a cleaner interface than previous versions and puts the most used customer features within easy reach, will contribute to market share gains this year. Mobile expansion is also being propelled by the "OneTouch" payment feature available on the mobile app.

The company also reported rapid adoption numbers for peer-to-peer payments app Venmo, which holds much cachet among millennials. Venmo payments volume, of which at present only a small portion is monetized, jumped 150%, to $3.2 billion. The company reported progress in its "Pay With Venmo" pilot, a test run now including 550,000 users and select merchants.

However, a cloud appeared over Venmo's horizon a day after the earnings press release, when PayPal filed its official 10-Q quarterly report. In it, PayPal disclosed that the Federal Trade Commission has launched a civil investigation to determine if "deceptive or unfair practices," in violation of the Federal Trade Commission Act, have occurred at the Venmo subsidiary company.

The filing didn't provide details of the investigation, but did state that the probe could result in enforcement actions or consent orders, triggering "substantial costs." Since Venmo hasn't realized its revenue potential yet, any action is unlikely to hurt PayPal's top line. Still, Venmo is one of PayPal's most promising products looking out over the next few years, so investors should certainly stay tuned on this front.

A third note of progress on important initiatives relates to Xoom, the global remittances provider acquired by PayPal last year. The company announced that Xoom will soon expand to an additional 13 countries (over a current base of approximately 50), including such diverse markets as Haiti, Nigeria, and Slovenia. PayPal noted in its earnings release that Xoom is a leader in mobile remittances, with more than two-thirds of its transactions occurring on mobile devices.

Looking ahead to the rest of 2016
Due to the organization's brisk start to the year, management has reaffirmed its full-year revenue growth guidance of between 14%-16%, as well as a diluted earnings-per-share forecast ranging between $1.09-$1.14.

For next quarter, the revenue growth band is targeted at between 12%-14%. If this seems slightly below trend, it's due to a tough comparison with Q2 2015, in which the company recognized higher revenue when it sold part of its receivables portfolio to Synchrony Financial. Second-quarter diluted earnings per share should fall between $0.25-$0.27.

On a final note, next quarter, shareholders should consider checking in on the mobile TPV growth rate discussed above. Mobile volume now accounts for more than one-quarter of PayPal's total volume. Its continued rapid expansion will facilitate PayPal's ability to hit full-year targets, and more pertinently, this volume is crucial to the company's prospects as we peer beyond 2016.