Please ensure Javascript is enabled for purposes of website accessibility
Log In Help Join The Motley Fool
Free Article Join Over 1 Million Premium Members And Get More In-Depth Stock Guidance and Research
By Andrew Tonner - May 8, 2016 at 7:00AM

Skinny bundles could be the future, and Comcast would do well to fall in line with 21st Century Fox and Disney. 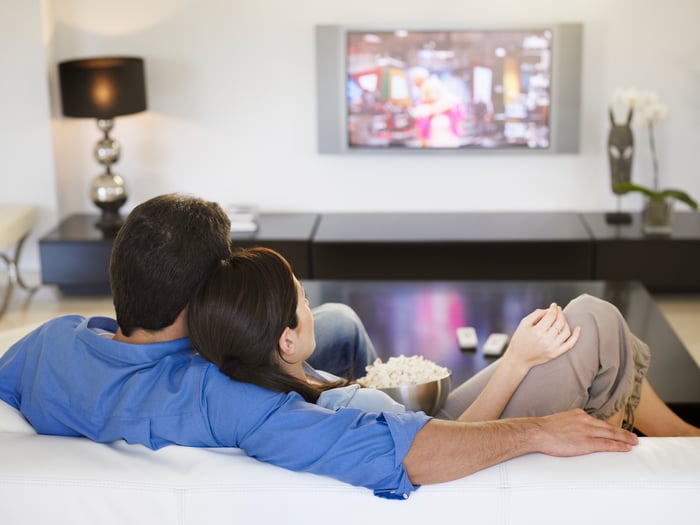 Cable companies like Comcast (CMCSA 2.68%) (NASDAQ: CMCSK) and Time Warner Cable are still struggling to find a way to deal with the rise of "cord cutters."

The rise of popular streaming services like Netflix and Amazon.com's Prime Streaming products and the rise of so-called "skinny bundles" from companies like Dish Network's (DISH 2.45%) Sling TV and Sony's (SONY -0.11%) PlayStation Vue have created a panoply of low-cost programming alternatives to traditional cable.

However, it seems Comcast's longtime partners 21st Century Fox (FOXA) and the Walt Disney Company (DIS 1.84%) may have finally arrived at a conclusion -- if you can't beat 'em, join 'em.

Hulu joins Sony and Dish
According to recent reports, 21st Century Fox and Disney are quietly developing a web-based service to sell their programming through their jointly owned Hulu streaming platform.  At a reported price point around $40 per month, the service appears intended to serve as an alternative to the "skinny bundles" offered by Sony and Dish Network. Disney and 21st Century Fox reportedly hope to launch the service in Q1 2017.

Owing to both firm's longtime content production strengths, the service will reportedly include key cable networks including Disney's ESPN and Disney Channel. 21st Century Fox will also include networks including Fox News, FX, and its national and regional sports channels.

Interestingly, though discussions with other third-party content producers have reportedly begun, an article from The Wall Street Journal notes that Comcast has yet to agree to license its content to the service. Comcast controls popular cable TV channels including USA Network, Bravo, E!, CNBC, MSNBC, Syfy, and many more, but it is also a silent partner in Hulu with Disney and 21st Century Fox. However, given the rise of skinny bundles and so-called "over the top" Internet based cable services from Sony, Dish, and others, channeling their combined programming power through a service they already own seems like a savvy way to manage the rise of "light" online programming offerings.

Give the people what they want
The lack of consensus among Hulu's owners speaks to the natural tension in catering to younger "cord cutters" without cannibalizing their core cable subscriber base, particularly for Comcast.

Crucially, Comcast is the only media giant among Hulu's owners that also operates as a major cable distributor in the U.S. Point of fact, Comcast ranks as the largest cable TV distributor in the U.S. with a subscriber base of 27.7 million according to the firm's 10-K. And with the average cable bill in the U.S. sitting at nearly $100 / month, Comcast's skeptical stance toward services typically charging around $40 per month certainly seems understandable.

At the same time, it clearly seems consumer appetite for cheaper services offerings with fewer channels appeals to an appreciable swath of consumers. After growing for decades, U.S. cable subscriptions declined for the first time ever in 2013, and research from eMarketer suggests this trend should continue through the end of the decade. Comcast's competition is clearly responding to this trend.

What's more, technology and telecom firms including Apple, Alphabet, Amazon.com, T-Mobile, AT&T, and others have all been cited as interested in potentially creating their own online cable content services in recent years. So given the clear appetite for light content offerings, it seems Comcast would do well to support Hulu's efforts to break into a market that its competitors appear intent on expanding in coming years.