Please ensure Javascript is enabled for purposes of website accessibility
Log In Help Join The Motley Fool
Free Article Join Over 1 Million Premium Members And Get More In-Depth Stock Guidance and Research
By Brian Feroldi - May 10, 2016 at 1:42PM

Shares plunge after the company reports its first-quarter results and announces that they are raising capital. 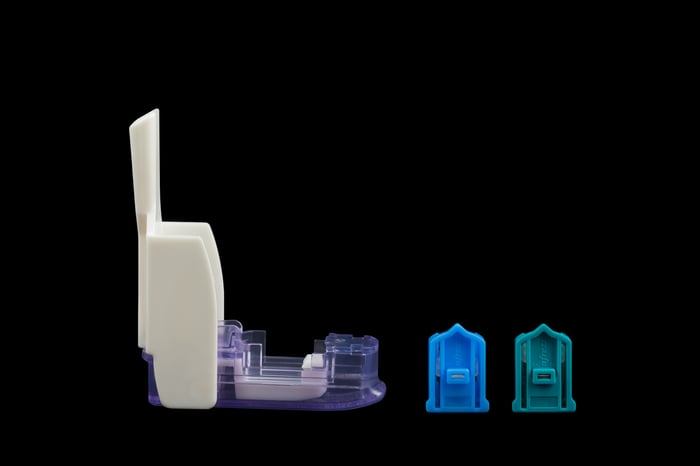 What: Shareholders of inhaled insulin maker MannKind Corporation (MNKD 4.46%) are having a rough day. The company's stock is down more than 26% as of 12:30 p.m. EST Tuesday after MannKind reported its first-quarter earnings results and announced they will be raising capital.

So what: Highlights from the company first-quarter report include:

While the quarterly results came in slightly worse than expected the huge sell-off today looks to be primarily caused by the details surrounding its just announced capital raise.

MannKind announced Monday evening that they are offering more than 48 million shares of common stock and warrants for sale to a select group of institutional investors for a total price of $1.03 each. After deducting fees MannKind is expected to raise about $47.5 million from this deal.

Investors are likely less than thrilled with the terms of the deal as the $1.03 price represents a sharp discount to Monday's closing price of $1.32. It's also less than half of the price that the company's stock traded for during its recent peak in March, at which time shares briefly crossed above the $2 threshold. 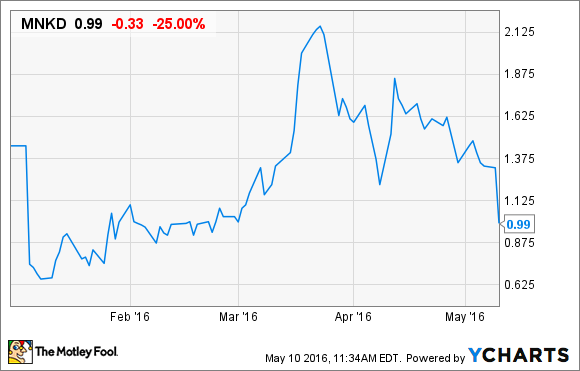 In total if all warrants are exercised then current shareholders would be diluted by almost 23%, but it would also entitle the company to additional capital.

Now what: It's possible that the timing of the capital raise announcement might also be irking some shareholders today. The company held its conference call at 5:00 p.m. EST Monday to discuss its quarterly results with investors and waited until after it concluded before they released the details of its capital raise.

Regardless of the financial nuances surrounding the capital raise the real question that matters from here is this: Can the company execute on its strategy to turn Afrezza into a commercial success where Sanofi clearly failed? Investors won't know the answer to that question for at least a few more quarters. Meanwhile, with a cash burn rate of at least $10 million per month the company's finances are going to be stretched thin.

Given the extreme uncertainty here I'd recommend that investors continue to approach the shares with a healthy dose of caution.