Construction and engineering giant AECOM (NYSE:ACM) is riding high right now, basically posting solid revenue and earning numbers. Some of that is down to its being a generally well-run company, but another piece of the puzzle is the operating environment. While not exactly robust growth, the United States, representing 70% of the revenues, has been in expansion mode since the 2007 to 2009 recession. But don't get too excited -- what happens when the expansion stops?

Cyclical issues
One of AECOM's talking points is that it gets "a high percentage of revenue and earnings from less macro-sensitive industries." While services do make up nearly 20% of revenues, the company doesn't flesh out this statement all that well. And, really, construction and engineering (about 80% of revenues) are inherently reliant on economic prosperity.

To put it simply, customers on both the government and civilian side are more likely to spend money to build things if times are flush then they are when the economy is weak. Look no further than the oil industry for evidence. Industry giant ExxonMobil (NYSE:XOM), for example, plans to trim its capital spending by 25% this year as oil continues to linger at low levels. And that's just one company. Others are doing the same thing. The oil and gas industry makes up only about 7% of AECOM's top line, so this isn't a huge impact on the construction company, but it shows what happens in downturns -- a lot less spending. 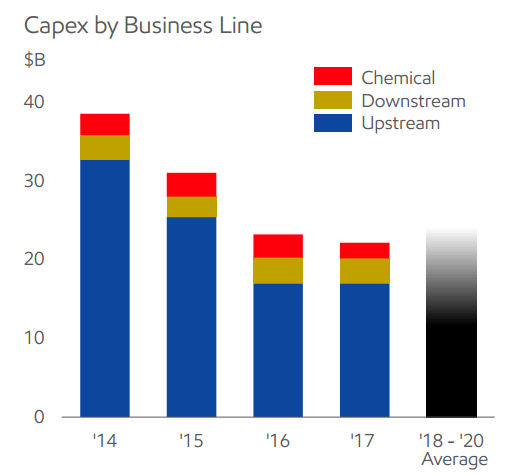 Because AECOM books work well in advance of when it gets performed, building what is called its backlog, there's some breathing room during a downturn for the top and bottom lines. However, as the company burns through its backlog, it has to replace it. If that doesn't happen, the future is laid out -- softer results.

This is an important dynamic to remember right now. Why? Because the last recession took place between 2007 and 2009. In other words, it ended around seven years ago. Like it or not, the economy tends to move in cycles that are around seven years long or so. That means the current expansion, as painfully slow as it's been in the United States, is getting long in the tooth.

So while AECOM looks like it's back on the growth path after a few stagnant years, that could change if an economic downturn puts a cap on construction spending. To be fair, the company's backlog could protect it for a couple of years, but if it doesn't find new work to add to the backlog during the downturn, results will eventually start to suffer. The problem, of course, is that purse strings get tight in downturns.

Bigger at the wrong time?
Adding a bit of complication is AECOM's acquisitive nature. Acquisitions have always been a big part of the story here, but AECOM's 2014 purchase of URS Corporation pretty much doubled the company's size. That gives it greater reach and scale, and that's a good thing for sure.

However, it also increased the company's leverage. At the start of fiscal 2014, debt made up around a third of the company's capital structure. A completely manageable number. At the start of 2016, that figure had jumped to about 55%. That's a lot higher, and though not an unreasonable number, it means debt is a more notable issue today than it was just a few years ago.

And that could exacerbate the impact of an economic downturn. To put some numbers on that, interest expense was around $40 million in 2014 and nearly $300 million in 2015. Revenues, however, only increased from $8.4 billion to around $18 billion. The upshot is that, if an economic downturn should take place, which it will eventually, AECOM is far more leveraged today than it was just a couple of years ago -- so a top-line slowdown will hurt more.

Don't make the mistake
This isn't something to get upset about, it's highly unlikely that AECOM has put itself into a position where too much leverage will lead it into a death spiral. But now might not be the best time to get overly excited about AECOM stock just because the top line has been augmented by a big acquisition. In fact, now might be the time to step to the sidelines and wait for the next business slowdown, which is likely to offer up a better buying opportunity. In other words, the worst thing AECOM investors could do right now is to project current results too far into the future.