Infrastructure stocks can come in all shapes and sizes ranging from stable, utility-like businesses that offer fat dividend yields and modest growth to highly cyclical businesses that rely heavily on which way the economic winds blow. With the U.S. economy still growing at a decent clip and sizable investments are being made in certain aspects of infrastructure such as energy, we decided to ask three of our Motley Fool contributors to highlight a stock they think investors should have an eye out for starting this month. 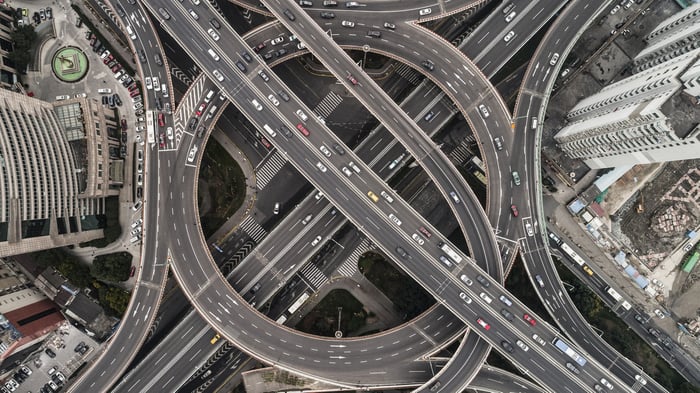 Back in the saddle

John Bromels (Kinder Morgan): Natural gas pipeline operator Kinder Morgan has gotten no love from the market since it announced in 2015 it was slashing its dividend payout by 75%. Over a nine-month period, shares lost more than 60%. Kinder Morgan's heavy debt load was getting unwieldy, and cutting its payout was the simplest way for management to right the ship.

Since that time, Kinder's performance has been continuously improving. Take the first quarter of 2019, the company's most recent. Kinder Morgan increased its quarterly dividend by 25%, to $0.25 per share. Quarterly distributable cash flow was up 10% year over year, to $1.4 billion, slightly exceeding the company's outlook. In the past year, Kinder managed to sell its stake in the troubled Canadian Trans Mountain pipeline project to the Canadian government and has used the proceeds to pay down $1.3 billion of debt.

The market may finally be catching on. Shares have started to claw back some of those losses, but they're still less than half of their 2015 high, and slightly below where they were for much of 2016 and 2017. The company's P/E ratio is sitting at about 29.5, near its all-time low. This discrepancy between performance and price makes now an excellent time to consider picking up shares.

If you like Elon Musk's Hyperloop, you'll love this stock

Rich Smith (AECOM): For my money, the absolute most interesting infrastructure stock to watch in April, or any month, has to be AECOM.

From a valuation perspective, it's hard to argue against AECOM as an investment. With $414 million in trailing free cash flow (according to data from S&P Global Market Intelligence), but a market capitalization of only $4.9 billion, AECOM's free cash flow valuation of 10 looks very attractive. But even more than the valuation, what I like about AECOM is its role in pioneering construction of Elon Musk's proposed "Hyperloop" transportation system.

So far, no one has actually built a hyperloop. But three separate companies -- Hyperloop Transportation Technologies (HTT), Virgin Hyperloop One (renamed after Virgin Group joined as a strategic investor), and Elon Musk's own SpaceX -- have named AECOM as one of their partners in plans to build their various hyperloop projects. And one of these companies -- HTT -- is planning to begin test runs in Toulouse, France, this very month .

The fact that each of these companies has chosen to partner with AECOM can't be a coincidence, and it's strongly suggestive that whoever does end up building the world's first electromagnetic, vacuum-sealed, 800 mph intercity subway system, AECOM will be a part of the project. This, to my mind, makes AECOM an infrastructure stock to watch. 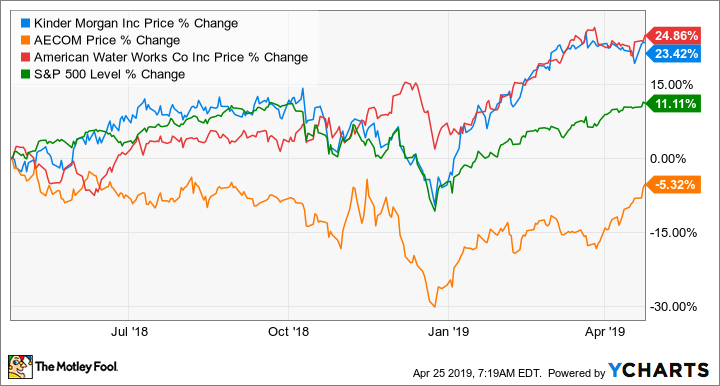 The infrastructure you barely think about: Clean water

Tyler Crowe (American Water Works): There are few things more essential to our everyday lives than clean drinking water and wastewater treatment. We don't think about it much, but delivering potable water across the country is a business that takes billions and billions in infrastructure spending every year. What's more, the business of water is perhaps the most fragmented utility service across the country, with more than 155,000 public water systems, many of which are in communities that lack the ability to raise funds for improvements.

This makes for a ripe investment landscape for American Water Works. The company operates more than 700 water and wastewater treatment facilities across the U.S. and frequently purchases water systems from municipalities to grow the business. Also, as a public utility, it negotiates with state regulators for a fixed rate of return on any investments and is able to pass on higher prices for improvements to systems.

American Water Works' management is targeting earnings-per-share growth of 7%-10% annually through a combination of capital improvements on its existing systems, the acquisition of assets from municipalities, and some unregulated water businesses, such as supplying treating water used in oil and gas drilling or contracts to operate military base water facilities.

American Water Works stock isn't cheap by any means. It currently trades at 33 times earnings and has a dividend yield of 1.75%. This is a stock that rarely goes on sale, though, because it's a high-quality business with a huge economic moat. If you want a portfolio of infrastructure stocks, American Water Works is one to add.