Please ensure Javascript is enabled for purposes of website accessibility
Log In Help Join The Motley Fool
Free Article Join Over 1 Million Premium Members And Get More In-Depth Stock Guidance and Research
By Leo Sun - May 17, 2016 at 11:22AM

Is Facebook filtering headlines based on the political views of its curators?

A recent Gizmodo article, citing claims from anonymous former contractors on Facebook's (META -0.76%) Trending Topics team, has raised concerns of the social network filtering news headlines based on the political views of the curators. Those curators scan through trending topics that Facebook's algorithm ranks by overall engagement, write new headlines for each topic, add three-sentence summaries of the story the topic is pegged to, and attach images before sending them to back to users in curated form. 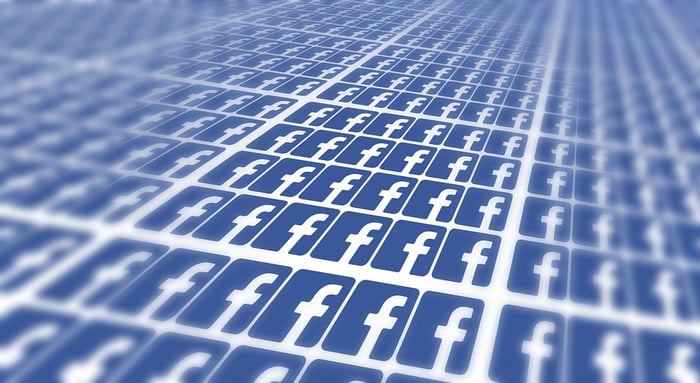 The aforementioned article quoted former curators stating that they "choose what's trending," and that there was "no real standard for measuring what qualified as news and what didn't." Curators also reportedly had the power to "blacklist" trending topics at their discretion, indicating that the personal views of curators possibly shaped the news that Facebook's 1.65 billion monthly active users ultimately read.

Gizmodo's report claims that the curators regularly avoided conservative sites like The Blaze and Breitbart, while sticking with "preferred media outlets" like The New York Times. That claim fueled concerns among conservative critics that Facebook users were being fed more liberal headlines than conservative ones.

Facebook initially denied those accusations, but an internal training document leaked to The Guardian indicated that news headlines were curated by humans at almost every stage instead of algorithms. Facebook CEO Mark Zuckerberg subsequently pledged to probe those allegations, stating that he would meet with 12 "conservative thought leaders" this Wednesday..

Facebook isn't the only tech giant facing accusations of political censorship and abuse of power. In the U.K., Alphabet's (GOOG -0.27%) (GOOGL -0.21%) Google was accused of hiding anti-Conservative Party auto-complete search results earlier this year. Google denied the charges, stating that auto-complete results were only affected by "a number of factors including the popularity of search terms." The search giant also faces antitrust charges in Europe for allegedly using its algorithm to promote its own sites over rival ones. Google previously denied those charges, but the EU recently announced that it plans to hit the company with a record €3 billion ($3.4 billion) antitrust fine. .

Facebook's curation controversy raises interesting questions about whether or not the social network's news business is being run like a newsroom, but it probably won't cause an exodus of users or advertisers.

Nonetheless, investors should keep abreast of the situation, since a large portion of Facebook's 173 million daily active users in the U.S. and Canada could be offended by the social network's perceived "suppression" of conservative headlines as the election season rolls along. Most users probably won't be offended enough to quit Facebook entirely, but the situation highlights how important it is for the company to maintain a neutral position in hot button issues like politics in the future.