Please ensure Javascript is enabled for purposes of website accessibility
Log In Help Join The Motley Fool
Free Article Join Over 1 Million Premium Members And Get More In-Depth Stock Guidance and Research
By Alex Dumortier, CFA - May 18, 2016 at 12:34PM

The S&P 500 has reportedly produced a "death cross" price pattern -- but investors should ignore that. Instead, they ought to be focusing on earnings growth and valuation. 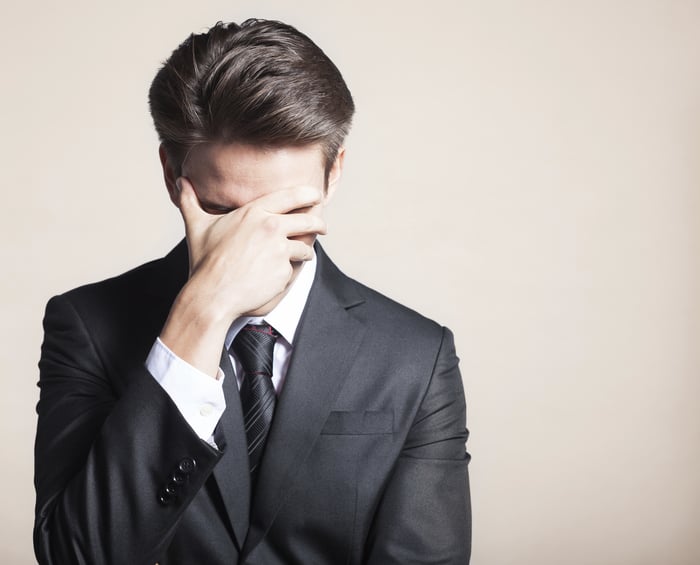 I like Bloomberg.com; I think it's one of the best sources of financial and economic news. However, it's not above publishing over-hyped nonsense in order to capture eyeballs (it's no different from other news outlets in this regard). One of today's stories, under the ominous title "This S&P 500 Death Cross Could Be The Real Deal" is a fine example of this (my emphasis):

This "statistically significant" death cross has only happened twice in the past two decades, Laidi points out. The first took place in 2001 and was followed by a 37 percent decline in the index, while the second pattern occurred in 2008 and preceded a 48 percent drop.

Trying to divine anything from a "death cross" and other technical analysis indicators is nothing more than financial voodoo. Don't let this type of headline scare you out of stocks. Over the long term -- which is, in any case, what investors ought to be focused on -- earnings growth and valuations are what drive stock returns. That relationship is logically sound and statistically significant.

Speaking of those two factors, in a note published yesterday, Goldman Sachs' Portfolio Strategy Research downgraded stocks to Neutral with the following explanation:

We downgrade equities to Neutral over 12 months on growth and valuation concerns ... Until we see sustained earnings growth, equities do not look attractive, especially on a risk-adjusted basis.

With over 90% of companies in the S&P 500 having reported first-quarter earnings, it's now clear the index will record its fifth consecutive quarter of year-over-year earnings declines. As recently as the end of March, the consensus estimate for the second quarter implied positive growth (albeit by a hair: +0.5%).

At present, the consensus estimate for the current quarter -- and for the six quarters beyond that -- implies a sharp rebound in earnings: 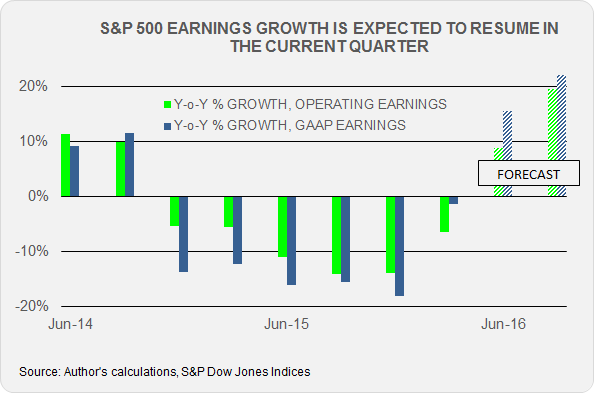 Surely, that's the "sustained earnings growth" Goldman is looking for. The trouble is that the index earnings estimates, which are aggregated bottom-up from company estimates, appear to systematically reflect the best of all possible worlds. Keep in mind that the first-quarter estimate came down 10% as the quarter progressed (and 16% from 12 months prior!).