Please ensure Javascript is enabled for purposes of website accessibility
Log In Help Join The Motley Fool
Free Article Join Over 1 Million Premium Members And Get More In-Depth Stock Guidance and Research
By Daniel B. Kline - May 18, 2016 at 11:06AM

The media keeps expecting people to drop cable for streaming services, but it just hasn't happened.

Even though the number of people leaving traditional pay-television for streaming services or other options remained a relative trickle into 2014, the Q2 and Q3 numbers from that year made it look like the trend was taking hold. But then things picked up for the pay-TV companies in Q4 of that year. 2015 showed a similar pattern, with the first and fourth quarters showing net gains for pay TV while the second and third quarters showed net losses. According to numbers released by Leichtman Research Group (LRG) in March 2016, pay-TV providers lost about 385,000 net video subscribers in 2015, compared to a loss of about 150,000 subscribers in 2014, and a loss of about 100,000 subscribers in 2013.

After two years, it appears a pattern has set in. Pay-television posts gains in the first quarter, loses customers during the next two, then recovers in the final part of the year with the overall loss being relatively trivial in a 94 million-subscriber universe. That patterns appears to be holding again as the big gains from Q4 2015 have been followed by the 13 largest pay-TV providers in the United States -- representing about 95% of the market -- adding 10,000 net video customers in Q1 2016, according to LRG.

The cable universe is shifting a little bit

While people are not fleeing pay-television in large numbers. there has been a shift in which companies and services people are using.

"While DirecTV and top cable providers had a comparatively strong quarter in 1Q 2016, their gains were largely offset by a historically weak quarter for AT&T (T 1.67%) U-verse," said LRG President Bruce Leichtman in a press release. That drop might seem alarming, but U-Verse and DirecTV are now both owned by AT&T, so the 380,000 subscribers lost by the cable service were almost made up by the 328,000 customers the satellite provider added. Still, when you do the math, AT&T lost 52,000 paying households, making it the big loser in Q1.

Comcast (CMCSA 2.68%), the biggest cable provider, could be considered the big winner as it added 53,000 customers during the quarter. In addition, Charter Communications (CHTR 2.64%) and Time Warner Cable (NYSE: TWC), two companies that are about to complete their merger, gained a combined 36,000 customers, the same amount Verizon (VZ 1.75%) added for its FiOS service.

Overall, the numbers are a little worse than they appear because roughly an estimated 665,000 people are now customers of  DISH's (DISH 2.45%) Sling TV, a low-cost streaming service, and many of those might have abandoned a full cable package for that option. This was the first time LRG has included an estimate for Sling (which DISH does not break out in its earnings reports), but it has been slowly gaining momentum since launching in January 2015.

Leaving full-price cable for Sling is not exactly cutting the cord, but it's a blow to traditional cable and satellite since it's much cheaper than those services. 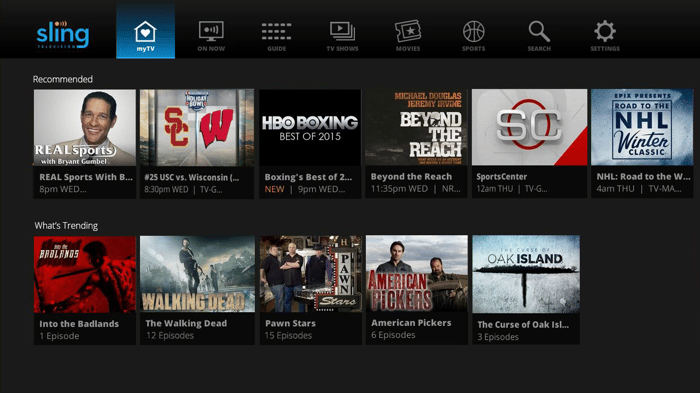 What happens in the second quarter?

If the pattern of the past two years holds true, big cable will post big losses in Q2, followed by a smaller drop in Q3, before staging a Q4 rally. It also seems likely that the numbers for Sling will continue to grow and that new skinny bundles will launch that increase the cord-shaving trend.

It's clear, however, from the last two years that while cord-cutting may be slowly building momentum, it's not yet a threat to the industry. From losing 105,000 pay-television customers in 2013, to dropping 150,000 in 2014, then 385,000 last year, pay-television has been on a steady decline that has not yet turned into a music or newspaper industry level disaster.

Given the similar numbers in Q1 for both 2015 and 2016, there are reasons to believe that cord-shaving may increase, but complete cord-cutting may have found its ceiling -- at least until streaming alternatives improve. If the numbers stabilize around the 385,000 drop from last year, then the industry can exhale a little bit, manage its slow subscriber attrition, and try to find alternative packages to keep consumers from leaving entirely. So far, 2016 looks a lot like 2015, which suggests that cord-cutting may well stall out before becoming a market-threatening trend.