Please ensure Javascript is enabled for purposes of website accessibility
Log In Help Join The Motley Fool
Free Article Join Over 1 Million Premium Members And Get More In-Depth Stock Guidance and Research
By Todd Campbell - May 20, 2016 at 12:40PM

Health, career, and investment planning are all common reasons why millions of Americans are taking Social Security early. 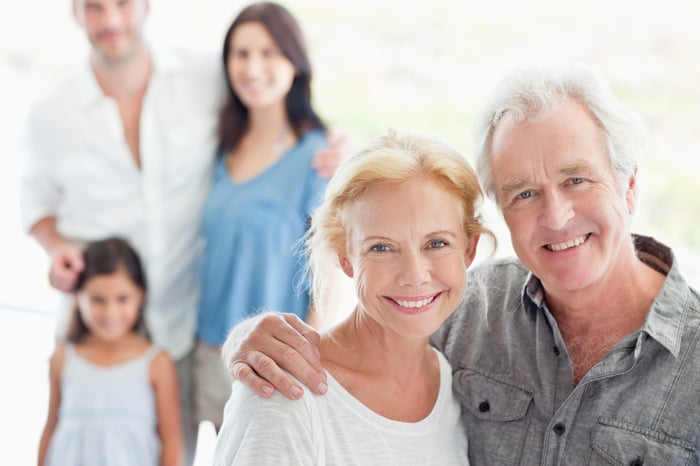 Wondering what the magic age is for claiming Social Security? You're not alone. Millions of Americans are struggling to decide when to begin taking it. Claim Social Security early and you risk leaving tens of thousands of dollars in benefits on the table. Wait too long to claim Social Security, and you may not live long enough to enjoy the benefits of delayed retirement credits.

While the decision on when to claim Social Security is a personal one that depends on every person's specific situation, here are three common reasons why people claim it at 62.

Yes, millions of Americans claim Social Security when they're young so that they can hit the links and sit beachside, but many Americans enroll in Social Security early because they're worrying about their health.

Although the Social Security Administration predicts that the average person will live well into their 80s, ultimately, how long you'll live is anyone's guess. The average 65 year old man and woman has a 41% and 53% chance of reaching age 85, respectively, according to one study conducted by Vanguard.

Those aren't overly reassuring odds, so if your health has you questioning whether or not you're going to make it deep into your 70s, you might be considering claiming Social Security sooner, rather than later.

As a refresher, Social Security is designed to pay out the same amount over a person's lifetime, regardless of when they claim. If the age at which a person qualifies for 100% of their Social Security benefit is 67, then claiming early results in a monthly benefit that's 70% of their full benefit amount. However, wait until 70 to claim and that payment becomes 124% of the full retirement amount.

It's tempting to think that the decision of when to retire rests solely with us, but the reality is that many Americans are forced to take Social Security at 62 because of a career change.

According to AARP, 64% of workers report they've seen or experienced age discrimination despite laws preventing it. And a study by TransAmerica recently found that employees believe that less than half of employers are "aging-friendly."

Those findings back up the real world experience of many Americans who lose their jobs in their 60s, would like to continue working, but can't find a suitable job. After all, finding a job in your 60s that's as professionally and financially rewarding as your previous one can be tough.

Facing that reality, many people opt into Social Security early to supplement their other income, such as a pension, severance, or unemployment. Others take the leap and claim Social Security simply because they decide they've had "enough" of failed job interviews and rejection letters.

Americans who do have other sources of income in retirement, such as a part-time job, are also claiming Social Security at 62 so that they can invest that money and watch it grow.

Spouses and children who are under 18 can qualify for Social Security survivor benefits when a Social Security recipient passes away, but if someone is unmarried and their children are older, then taking Social Security early and socking it away can make more sense than waiting to collect.

The average retired worker collects $1,345 per month in Social Security income, or roughly $16,100 per year. If that person works at least part-time and earns at least $6,500 from that job, they can invest that amount in a Roth IRA. If they're married and earn $13,000, then they can invest $6,500 in a Roth IRA and their spouse can invest $6,500 in a spousal Roth IRA too.  As long as the couple's earned income equals the maximum Roth IRA contribution limit, retirees can use this strategy to boost their savings up until their death.

Since Roth IRAs are funded with after-tax dollars that then grow tax free, and Roth IRAs don't require distributions, Roth IRAs can be an excellent way to pass along money to spouses or children.

For instance, if Bill and Mary each contribute $6,500 to a Roth IRA from age 62 to age 75 and they earn a hypothetical 6% annual return over that period, then they will have increased the size of their estate by $245,394. To get the most out of this Roth IRA strategy, they should list each other as their prime beneficiary. When one of them passes away, the surviving spouse can roll their spouse's IRA into a Roth IRA in their name and then change their prime beneficiary to their children. This can provide tax-friendly options to your heirs.

Everyone's situation is a bit different and there is no magic age at which claiming Social Security makes the most sense. When you decide to claim Social Security will depend a lot on your personal goals, savings, sources of retirement income, and other factors. If you're facing some of the same situations outlined above, then carefully consider the various options before making a final decision.