Please ensure Javascript is enabled for purposes of website accessibility
Log In Help Join The Motley Fool
Free Article Join Over 1 Million Premium Members And Get More In-Depth Stock Guidance and Research
By Andrew Tonner - May 20, 2016 at 7:00AM

The troubled action camera specialist hopes to carve out its next growth story with devices designed to capture virtual reality content, but competitors like Nokia are also eyeing the growing market.

It's no secret that GoPro (GPRO 0.54%) is struggling to find a second act as its core action camera business faces several headwinds. One possible solution the company is working on is a pivot toward another major tech growth market: virtual reality (VR).

According to a report from The Verge, GoPro confirmed that it has shipped the first Odyssey units as part of what it's calling a "limited access" pilot program. The company declined to comment on the exact number of production studios that had pre-ordered its 16-camera VR rig. GoPro is still accepting applications to the pseudo-beta test program, and it is shipping individual units as they are being produced.

In terms of specs, the Odyssey consists of a 16-unit camera array, with GoPro's premium HERO4 Black cameras occupying each individual slot in the rig.  Each Odyssey unit also comes with a microphone, 16 micro-SD cards, requisite cables, and a storage case. The Odyssey retails for $15,000 and comes with warranty and access to Alphabet's Jump VR film processing platform.

In terms of its pricing strategy, GoPro intends to position the Odyssey as a mass market device, affordable enough for filmmakers on a budget but powerful enough to appeal to Hollywood-quality studios as well. For context, high-end VR camera rigs like Nokia's (NOK 1.08%) OZO sell for $60,000 apiece before rebates, while the run-of-the-mill homemade VR rig typically costs closer to $5,000. This all sounds great, but the question investors have to ask is: What kind of market opportunity exists for GoPro here?

Time to get excited?

On balance, it appears the potential for the VR hardware market makes it deserving of GoPro's attentions. As estimated by tech M&A advisory firm Digi-Capital, the market for VR films will be roughly a fifth of the entire $30 billion it estimates the VR market will produce by 2020 -- roughly $6 billion. 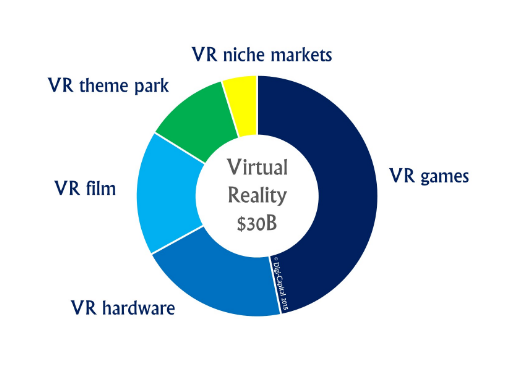 It isn't necessarily clear whether this estimate represents only sales of VR film production equipment, or includes additional film-related revenue sources like box office receipts, video sales, and the like. But, even recognizing the natural imprecision embedded in these estimates, the potential of a $6 billion market still suggests a fair amount of upside potential for investors, given GoPro's current revenue base. Though the firm's market cap has ballooned above $10 billion -- and then receded from that high -- GoPro's annual sales base remains much closer to $1 billion. For context, its current fiscal 2016 guidance projects sales of between $1.35 and $1.5 billion this year, down slightly from fiscal 2015. 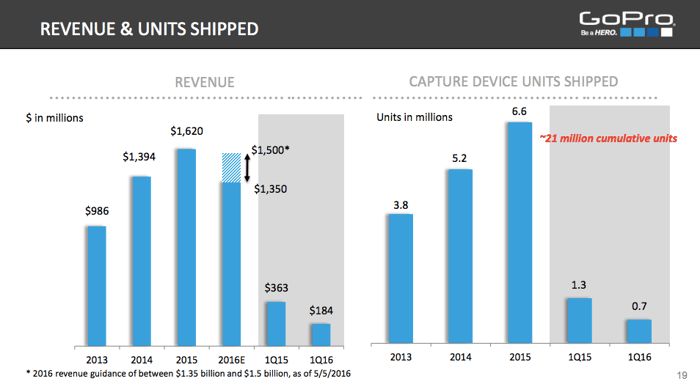 As such, if GoPro can capture even reasonably sized minority share of the estimated VR film market in coming years, the firm could conceivably more than double its sales. With growth concerns looming large among many investors, GoPro's decision to move into the nascent VR film space seems like an ideal alignment of its strengths in camera production with a high-growth market. There's also the possibility that GoPro could leverage its position to devise video-based solutions for augmented reality films, which many experts estimate will be a far larger market.

As promising as this could be, it's important for investors to recognize that success here is not a given. GoPro remains early in the rollout of its Odyssey VR rig. What's more, Nokia and other competitors will also seek to maximize their own market shares in the VR/AR space. No doubt those rivals will update their product offerings as film producers' needs become better understood. Especially with GoPro shrewdly targeting the middle of the market with the Odyssey, it seems likely to me that Nokia will likely produce a downmarket alternative to the OZO.

Regardless of potential competition, GoPro badly needs to regain its positive momentum. Though it's still in the early stages, most signs suggest that its decision to create video-capture around 360-degree virtual reality is something that could help the company reignite its sagging revenue growth in the years to come.