Please ensure Javascript is enabled for purposes of website accessibility
Free Article Join Over 1 Million Premium Members And Get More In-Depth Stock Guidance and Research
By Sam Mattera - May 21, 2016 at 11:16AM 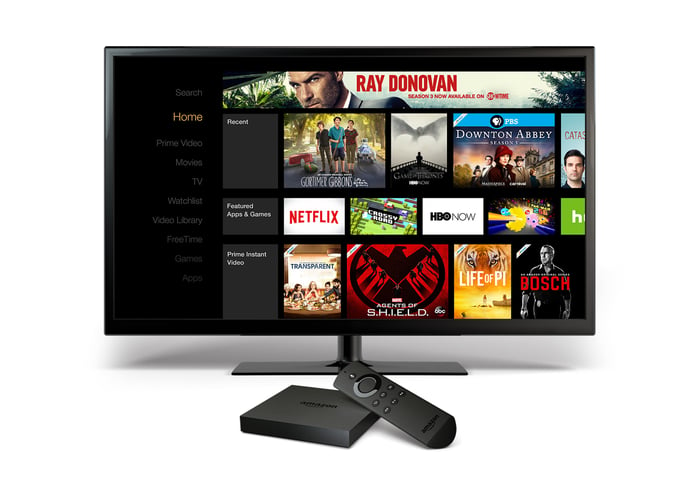 Estimates peg the total number of domestic Amazon ( AMZN 2.80% ) Prime accounts at 54 million. If so, Amazon is the largest provider of streaming video in the U.S., bigger than even Netflix ( NFLX 2.10% ) (the streaming specialist exited the first quarter with almost 47 million domestic subscribers).

But the comparison is difficult to make, as Amazon Prime includes so much more than streaming video. Its most notable perk is free two-day shipping, but Amazon also gives Prime members the ability to store unlimited photos online, and access to, among other things, Prime Pantry and Prime Music.

How many Prime subscribers are actually using Prime Video? According to a recent survey, many Prime members continue to ignore Amazon's streaming service.

Almost one in five don't bother
Online publication CutCableToday surveyed 360 Prime members to gauge their streaming video habits. While almost 10% said they used Prime Video "daily", nearly 20% said they "never" used it. The remaining 70% were split roughly evenly between those who used it weekly and those who used it monthly.

Prime members who ignore Amazon's video offering may be doing so for a wide variety of reasons. Perhaps they're simply uninterested in Amazon's content, or lack the hardware necessary to take advantage. But ignorance may be the single biggest factor: According to the survey, 8% of Prime members didn't even know their membership fee gave them access to Amazon's streaming catalog.

Converting Global Globes to shoes and diapers
Amazon CEO Jeff Bezos has defined Prime as a fundamental pillar of the company's business. With Prime members paying around $100 per year for the service, Amazon may be generating around 4% to 8% of its revenue from memberships alone. And once they buy in, Prime members have a tendency to spend more, far more, than their non-Prime counterparts. According to Consumer Intelligence Research Partners, U.S. Prime members spend an average of $1,100 per year with Amazon, compared to $600 for non-Prime members.

Prime Video offers another way to attract would-be members to the service, and retain them once they've signed up. At Amazon's annual meeting of shareholders earlier this month, Bezos noted that customers who take advantage of Prime Video during a free Prime trial are more likely to convert to paying memberships when their trials end.

Prime Video still has room to grow
Amazon shares have gained more than 64% over the last 12 months, soaring to an all-time high in the process. Clearly, Amazon's management is succeeding. But Prime Video still lags its competition. In its survey, CutCableToday asked Prime members about their habits when it came to other streaming services, and found higher levels of engagement with rival offerings. Of the Prime members surveyed, 38% said they watched Netflix on a daily basis, and 12% said they watched Hulu just as often.

Amazon Prime has ensnared about 40% of all U.S. households, which may suggest a level of saturation, but improvements to Prime Video could draw even more to the service. With so many of its members ignoring it, Amazon clearly has an opportunity to improve Prime Video. That could spur additional Prime members and, ultimately, thousands of dollars of additional retail sales.