Please ensure Javascript is enabled for purposes of website accessibility
Log In Help Join The Motley Fool
Free Article Join Over 1 Million Premium Members And Get More In-Depth Stock Guidance and Research
By Beth McKenna - May 21, 2016 at 9:05AM

Up to 10 times as fast, and twice as cost-efficient as 3D printers powered by the leading technologies, the Jet Fusion 3D 3200 should help expand the 3D printing market, while the 4200 could disrupt the manufacturing sector.

The highly anticipated day in the 3D printing world arrived on Tuesday, when 2D-printing king HP Inc. (HPQ -2.31%) unveiled at RAPID, one of the world's largest industry conferences, its speedy polymer commercial 3D printer, the Jet Fusion 3D 3200. The company's now taking orders for the 3200, which will be available in late 2016, while its more powerful sibling, the 4200, will follow in 2017. It also announced a bevy of A-list partners, including Nike (NKE -1.43%) and BMW (BAMXF -1.29%). 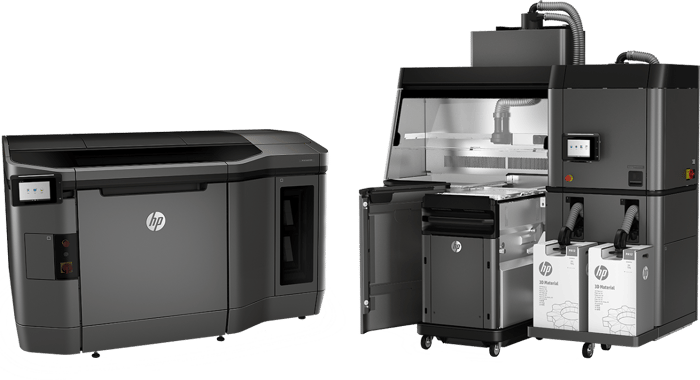