Please ensure Javascript is enabled for purposes of website accessibility
Log In Help Join The Motley Fool
Free Article Join Over 1 Million Premium Members And Get More In-Depth Stock Guidance and Research
By Bradley Seth McNew - May 24, 2016 at 9:22AM

After a huge ending to 2015, Disney has continued to post incredible box office sales in the first half of 2016. Here's what's coming up the rest of this year and why it matters to the stock. 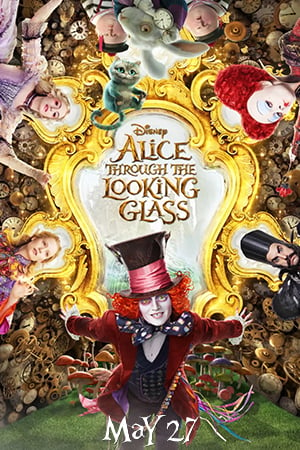 For all of the recent analysis and concerns over The Walt Disney Co.'s (NYSE: DIS) future growth prospects, it's hard for anyone to say the company is lacking in its fundamental business of making great movies, and making them hugely profitable.
So far in 2016, Disney has released four of a planned 13 films for the year. Here's what's coming up the rest of this year, and what it could mean for Disney's earnings.

So far in 2016, Disney has already brought in $2.95 billion in worldwide box office sales with the recent Captain America as another successful installment of the Marvel series and Zootopia eclipsing Frozen as the No. 1 animated film spot by total sales. The movies coming up the rest of this year are as follows.

Alice Through the Looking Glass: May 27

Disney's Alice in Wonderland, the 2010 version directed by Tim Burton, was a major hit, with Johnny Depp playing the Mad Hatter. Burton is the producer for this sequel, with James Bobin stepping in as director. Depp is back, as is Mia Wasikowska as Alice, who must travel back to the mystical Underland to save the Mad Hatter.

This sequel to 2003's Finding Nemo has been met with excitement already as audiences anticipate the return of Dory, voiced by Ellen DeGeneres, in a movie centered on her quest to find her parents and understand her past in spite of her limited memory. 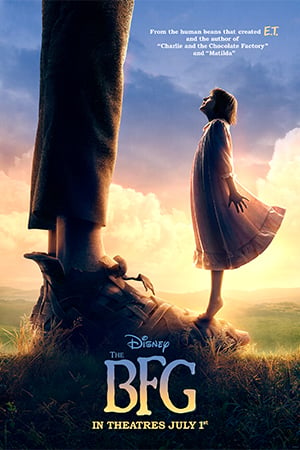 The classic book by Roald Dahl, BFG -- short for "Big Friendly Giant" -- has entertained readers since it came out in 1982. Steven Spielberg is directing this adaptation with Bill Hader as the giant.

One of Disney's iconic films of the 1970s -- partially live action, partially cartoon -- Pete's Dragon has been rewritten but follows the same general storyline of an orphan boy who finds a dragon who helps him discover who he really is.

The Light Between Oceans: Sept. 2

Based on the novel by M.L. Stedman, this is the story of a lighthouse keeper and his wife in Australia as they navigate their post-World War I life. The couple rescue a baby girl from a lone raft, a decision that has consequences both good and bad as they meet other characters related to the baby as she grows older.

This movie, based on the true story of a Ugandan girl's journey to become a chess grandmaster, is co-produced with ESPN films. Lupita Nyong'o of Star Wars: The Force Awakens plays the girl's mother in this film.

Benedict Cumberbatch plays the lead in this Marvel movie. Doctor Strange was a neurosurgeon, but after a horrific accident he's trained in magic and learns to fight evil.

This musical cartoon portrays the life of a teen girl seeking to fulfill her ancestors' quests, which takes her to a South Pacific island. Dwayne "The Rock" Johnson joins as the voice of a singing demigod who helps Moana on her quest.

This film within the Star Wars universe is not one of the sequels to the original films. (The next sequel is planned for 2017.) Instead, this spinoff has new characters and storylines. The film is still set in the same general overlay of the Star Wars saga before the events portrayed in Star Wars: A New Hope, and here rebels seek to find and steal plans for the Death Star.

What this means for Disney's stock

Analysts and the overall market have been questioning Disney's growth prospects because of declining subscriber rates for ESPN and pressure on its cable networks business. These concerns have helped to keep the stock trading about 20% off its peak of August of last year. Disney's ESPN challenges are primarily a matter of distribution, as consumers eliminate cable or go for cheaper bundles. Disney is already working to provide ESPN in new and innovative ways, and this problem is likely to be taken care of soon.

Meanwhile, the company continues to perform very well in its Studio Entertainment segment, which grew profits 60% in the past two quarters compared with the same period last year.   Studio Entertainment makes up only about at about 15% of total profit, making it the third largest segment behind the Cable Networks and Theme Parks segments, but it also provides the stories and characters that help to fuel the other segments' growth.

As the challenges with the cable networks division are overcome, the market is likely to give the stock the credit it deserves. Undoubtedly, this potential uptick will be further fueled by impressive continued success at the box office.