It's finding the cheap stock that also earns the big profits that is the real trick. Birds of these two particular feathers don't often flock together. But if you know where to look, and how to look, you just might get lucky enough to find one.

And in fact, I just found five. 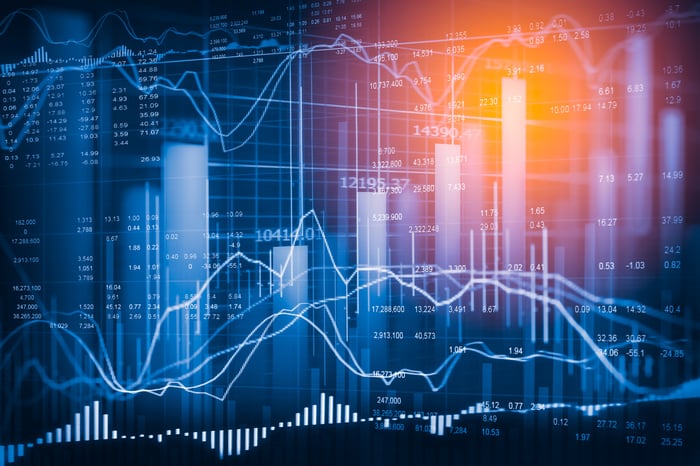 Earlier this week, I was handed the not-easy task of digging up five stocks, each costing less than $5 per share, that might be worth an investor's time to take a look at, with an eye to buying. Not much came immediately to mind, but fortunately, I knew where to look for some ideas.

You see, the bright lads over at Finviz.com have developed a free stock screener that's tailor-made for this purpose. Inputting parameters, I instructed the screener to show me stocks of reasonable size ($300 million in market capitalization and up), positive growth projections, and positive free cash flow as well. I was quickly presented with a list of five stocks that might fit the bill. Here they are for your review, in order of (how I perceive) their attractiveness.

Seadrill Partners (OTC:SDLP) owns and operates offshore drilling units in the employ of oil and gas companies. Given the state of the oil market, you won't be surprised to learn that the stock doesn't cost much today. Indeed, the reason that Seadrill Partners stock is cheap  is because it's lost 68% of its value over the past year. And yet, the company is both profitable and paying a dividend -- currently estimated at the probably unsustainable rate of 39.7%, according to data from S&P Global Market Intelligence.

So why do I place it first (and therefore worst) on this list? Here's Lesson 1 in using a stock screener: You'll sometimes be surprised not so much by the stocks that your screen generates, but by the things you forgot to screen for. In Seadrill's case, the "thing" in question is debt. Seadrill looks cheap because it has a market cap of only $450 million. But it's not as cheap as it looks because the stock also carries $3.6 billion in debt -- nearly nine times its own market cap.

Bachelor No. 2 on today's list is another beaten-down commodities play, this time an iron miner by the name of Cliffs Natural Resources (NYSE:CLF). Cliffs flew high when the commodities boom was in full swing and China's economy was firing on all cylinders. Neither of those is the case today.

Profitable and generating plenty of cash like Seadrill, Cliffs also resembles Seadrill in a less savory respect: It has suffered a steep decline in stock price, losing 43% of its value over the past 52 weeks. Also like Seadrill, Cliffs carries a heaping helping of debt -- $2.6 billion in this case, against a $530 million market cap.

Plus, Cliffs pays no dividend at all. Pass.

We're halfway through our list now, and things are finally starting to get interesting as we drive up to wholesale and retail grocer SUPERVALU (NYSE:SVU). Like Cliffs just above, SUPERVALU is a dividend-less, debt-laden mess of a company. Unlike either Cliffs or Seadrill, however, it's in a business much less topsy-turvy than commodities.

SUPERVALU boasts respectable profits, a low P/E ratio of just 7.1, and strong free cash flow of $163 million for the past 12 months -- enough to back up more than 91% of reported GAAP earnings. Analysts surveyed by Finviz see the company growing its profits at only 3.5% annually over the next five years, but more current data from S&P Global shows that growth rate beginning to perk up to perhaps as high as 6% over the next five years.

The stock's not an obvious bargain yet, but it's worth keeping an eye on. With a bit less debt, and a bit faster growth -- or an even lower stock price -- this one could become a contender.

Moving now into the tech sphere, things begin to get even more interesting as we arrive at AU Optronics (OTC:AUO), a Taiwanese maker of flat-panel displays for use in televisions, computer monitors, and electronic devices.

AU Optronics has been hit hard by worries that the smartphone market is slowing, and by the fact that folks aren't buying new TVs and computers as fast as they once were. That said, the company's balance sheet is in fine fettle with $3.3 billion in debt largely covered by $2.3 billion in reserve cash.

AU Optronics isn't currently profitable, as GAAP accounting standards calculate such things. Regardless, the company generated $565 million in positive free cash flow over the past year. At $2.5 billion in market cap, that means the stock sells for just 4.4 times FCF. Analysts on S&P Global see the stock growing profitability at about 10% annually over the next five years, which suggests the stock is really cheap today. If they turn out to be wrong about that, though, the company's 4.1% dividend yield  is almost enough to justify the price even if earnings grow not at all.

And finally: Sirius XM (NASDAQ:SIRI). On the up side, this is the stock with probably the best name recognition of any of the five stocks discussed so far. It's also -- and perhaps for that very reason -- arguably the priciest. At least from a P/E perspective, the stock is valued at nearly 40 times earnings.

Sirius has several advantages over the other stocks discussed above, however. For example, it's both incredibly free cash flow positive and GAAP profitable, in contrast to AU Optronics. Reported earnings for the past 12 months come in at $575 million, and real free cash flow is roughly twice that at $1.2 billion. Valued on its free cash flow, Sirius sells for a multiple of just 16.8, comfortably below its 26% projected long-term growth rate.

Of the five stocks suggested by Finviz's screener, I think it's a toss-up as to whether AU Optronics or Sirius XM is the best bet for investors. AU Optronics will probably appeal more to value investors, and its strong dividend kicker is attractive to folks seeking a steady income. Sirius, on the other hand, is by far the faster grower -- and its valuation looks pretty attractive, too.

Depending on whether you're looking to add value, income, or growth to your portfolio, I think either stock could make a very nice candidate.