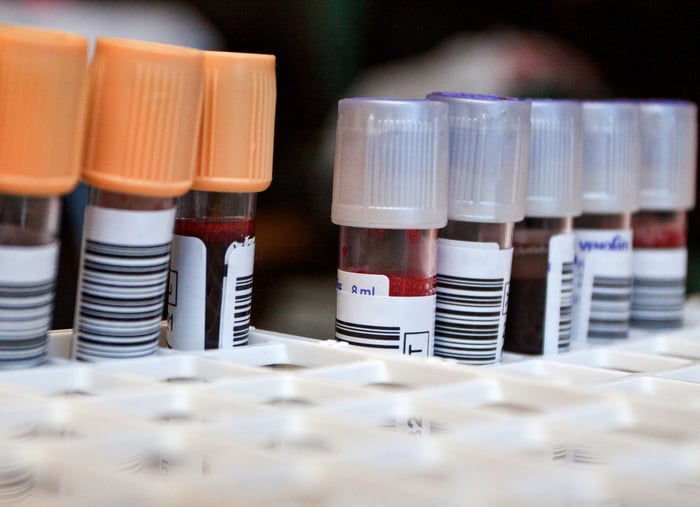 What: Shareholders of Cerus Corp (NASDAQ:CERS), a biomedical products company focused on blood transfusion, had a rough month. The company's stock shed more than 11% of its value during May, according to data from S&P Global Market Intelligence. That's quite a big move downward, especially during a time frame when the healthcare sector in general did well. For example, the iShares S&P Global Healthcare ETF (NYSEMKT:IXJ), an ETF that holds a wide range of healthcare companies, gained more than 1.5% over the same period. 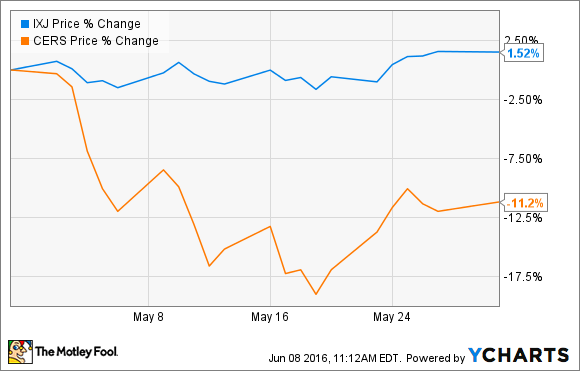 So what: The sell-off started right after the company reported its first-quarter earnings results. Revenue for the period came in at $7.63 million, which was down slightly from the $7.69 million that it recorded in the year-ago period. That's not exactly an encouraging result for a company that is losing money and should be in fast-growth mode.

The company's bottom line didn't look any better, either. Net loss for the quarter grew to $16.6 million, or $0.17 per share, which was up sharply from the $9.5 million that it lost in the year-ago period. It's also worth pointing out that the loss also included a $1 million favorable impact from foreign exchange movements compared to last year's results.

At least the result didn't take Wall Street analysts by surprise. Consensus estimates for the quarter called for a $0.17 loss per share, so the result was right in line with expectations.

However, the company's widening loss mixed with a slight decline in the top line probably caused some traders to sell the company's shares, hence why they tanked during the month.

However, while the first-quarter financial results weren't exactly stellar, the company did have plenty of positive developments occur that should have bullish investors excited.

For one, Cerus' gross margin moved up to 44% for the period, half a percentage point higher than the first quarter of 2015. While the increase was caused mostly by currency translation, management also credited the gain to product mix. That could mean that higher margins might be here to stay.

In addition, Cerus also announced a few positive developments for its Intercept Blood System during the quarter, including:

Finally, in May the the Intercept Blood System was approved by Health Canada for plasma, opening up a new market for future growth.

Now what: For the full year, Cerus' management team is forecasting total revenue to land between $37 million to $40 million, the midpoint of which suggests modest growth from the $34 million that it showed last year. If true, then the company's $96.4 million cash balance is likely to take a substantial hit since the company continues to spend aggressively to expand the market for its system. Most notably, the company is planning to submit its red blood cell system for CE Mark approval later this year.

While the losses are likely to continue for quite some time, Cerus looks like it has positioned itself for fast growth over the coming years. In addition, all the media attention surrounding the Zika virus is likely helping the company to gain acceptance from the medical community, which might speed up its growth prospects.

Still, until Cerus can turn a profit, it will remain a high-risk, high-reward stock. Potential investors should proceed with caution.