The leading provider of flash-sale deals reports quarterly results in two weeks. If the last three reports are any indication, you may want to hold on to your hats. 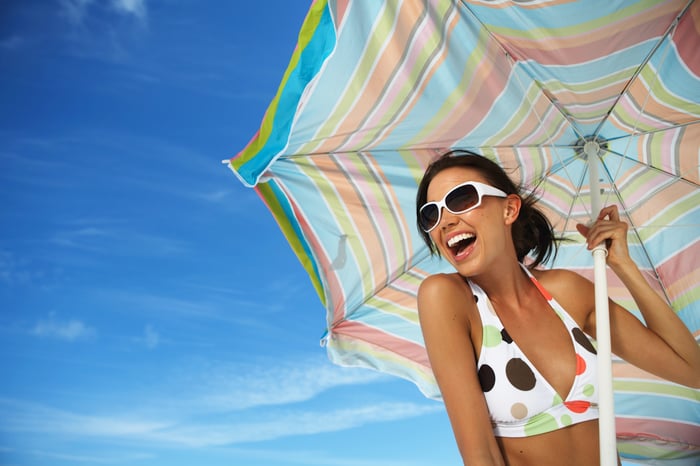 Shares of Groupon (GRPN -4.96%) have been volatile lately, and things aren't likely to get any smoother later this month when the daily deals leader reports fresh financials. Groupon will step up with its results for the second quarter on July 27, after the market close.

Bulls and bears alike know that Groupon announcing earnings can be a white-knuckled event.

Market volatility doesn't lie. Shares of Groupon have moved sharply lower -- or higher -- on the next trading day after presenting quarterly results. It's been an average move of 24% either higher or lower on the news, and that should make risk-adverse investors go to the sidelines later this month. Speculators, on the other hand, will be all over this.

In defense of the deal maker

Groupon isn't taking things lying down. It's been making aggressive moves -- from announcing international layoffs to selling off non-core assets -- in order to focus on its still-growing stateside business. Gross billings at Groupon slipped 5% in this year's first quarter when pitted against the prior year, but that was the result of unkind currency moves and its retreat from some overseas markets. Its North American billings spiked higher, again.

It's trying to make Groupon cool again. It rolled out a national ad campaign earlier this year, something that it hadn't done since 2011. It sold its billionth deal during the first quarter, a pretty chunky milestone for any endeavor.

Groupon doesn't have to hurry. It has a clean balance sheet brimming with $688.5 billion in cash and equivalents as of the end of March. It can afford to fail several times, and it's still not going anywhere.

Right now, the stock's a lottery ticket. We've seen double-digit percentage stock moves the day following its last three reports, and it wouldn't be a surprise if July 28 is another day of wild trading in Groupon. However, the company itself is in better shape than its penny stock price would seem to suggest given the consistent growth in its flagship stateside business and a balance sheet with enough cash to account for roughly a third of its current market cap. It's now up to Groupon to make sure that it can keep growing and return to profitability in time to woo investors, once speculators rip up those lottery tickets and move on to the next wild stock thing.